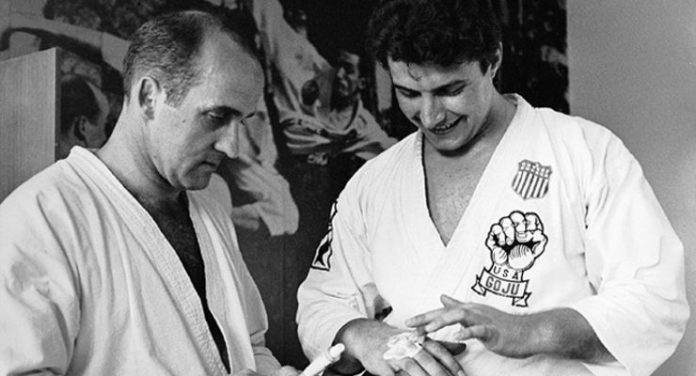 Georg Brueckner believed in fair sports competition and he create safety gear for various styles of martial arts so they could compete without the risk of serious injuries. With the support of the medical and scientific communities Georg Brueckner created Top Ten Equipment using a highly flexible polyurethane padding for head, foot and hand protectors. He initially designed his gear for kickboxing competition, but modified the hand protectors as boxing gloves to be used in amateur boxing competition.