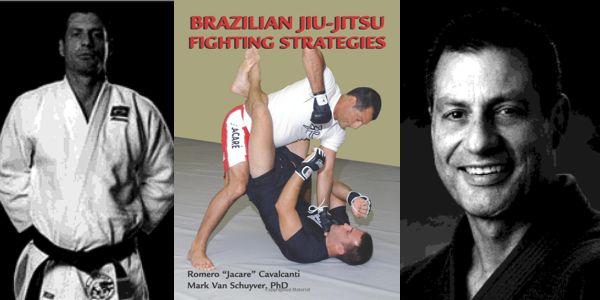 Brazilian jiu-jitsu is more than a contest of physical strength and agility; winning fighters know it is also a battle of mental strength and agility. If you want to be a champion, you must take your game to the next level by learning how to specifically tailor a strategy that will destroy your next opponent. In this book, you will learn: core techniques for gi, no-gi and no-holds-barred (NHB) fighting; tactical options for each of the core techniques; strategies for working your overall game to maximize your strengths and minimize your weaknesses; how to compare your skills to those of your opponent; how to attack, counterattack, defend and outsmart your opponent from each of the 18 ground fighting conditions With clear, easy-to-follow photographs and instructions and exclusive interviews with some of the top names in Brazilian jiu-jitsu today, this book will enable fighters of all skill levels to make the jump from technician to strategist.

Romero “Jacare” Cavalcanti is a practitioner of Brazilian Jiu-Jitsu and the founder-head coach of the prestigious Alliance Jiu-Jitsu Team. He is one of the best instructors in Brazilian Jiu Jitsu history, having coached hundreds of fighters and produced some of the best competitors in the world in Grappling, including Fabio Gurgel, Alexandre Paiva, Leonardo Vieira, Ricardo Vieira, Rodrigo “Comprido”, to name a few. Romero Cavalcanti moved to the United States from his native Brazil in 1995. Jacare was also awarded the “On The Mat” Instructor of the Year award in 2009.