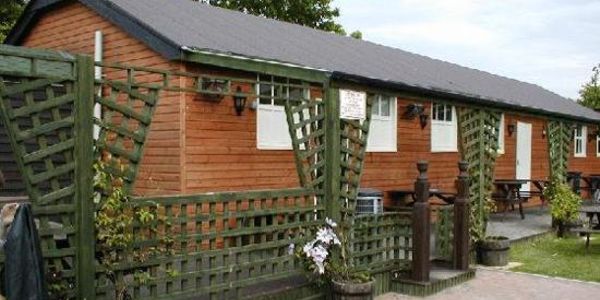 Aikido Legacy
The history of British Aikido offers a rich and proud legacy for the genuine students of both today and of the future. A well documented history from its inception in 1955 by the legendary Budo Master Kenshiro Abbe Hut DojoSensei. This documented factual Aikido history and lineage is now supported and acknowledged by the highly respected Japanese Budo Master – T K Chiba Shihan – a teacher who became the first official resident AikiKai Hombu representative to Britain in 1966, at the invitation of K Abbe Sensei, following discussions earlier with OSensei Morihei Ueshiba in 1964.

Chiba Shihan has stated that the early endeavors of the British Aikido pioneers is unappreciated, Sensei now intends to write a document on the history of British Aikido with the help and personal insight of Sensei’s H Foster – H Ellis – D Eastman.

Kenshiro Abbe SenseiKenshiro Abbe Sensei arrived in the UK in 1955, principally to teach Judo, there followed various demonstrations of Budo where he would demonstrate his skills in other Budo Arts, several that had never been seen in Britain before, such as the then unknown art of Aikido, which he had personally learned directly from OSensei Morihei Ueshiba himself in the 1940s. It was this early powerful style of Traditional Aikido that he introduced to the UK during a National Judo Championships at the Royal Albert Hall in 1955. Kenshiro Abbe Sensei then chose a willing Judoka student named Ken Williams Sensei as his first student of Aikido. Williams Sensei began teaching Aikido at what is the now famous dojo, “The Abbe School of Budo”.

The UK First Generation Aikidoka
In those early days, Sensei Williams first created what was a solid group of hardcore students, they would be the birth of UK Aikido starting at the Hut Dojo. which soon became better known as the “ Hell Dojo “ . The first five UK Aikido dan grades were as follows, K Williams ~ D Williams ~ E Dollimore ~ H Foster ~ H Ellis. They are often referred to as the “ first generation “. Later the five became eight, today there are only four survivors from those golden days of UK Budo from the 1950s with Abbe Sensei, – K Williams ~ H Foster ~ H Ellis ~ D Eastman ( second generation 1958 ).- they are now referred to by Chiba Shihan and others as the “ British Aikido pioneers “.

They were approved by both Abbe Sensei ~ Nakazono Sensei ~ approved in Japan by the Aikikai, signed by OSensei Morihei Ueshiba the founder of Aikido. These were the first ever Aikikai dan grades in the UK. It just does not get any better than that ! 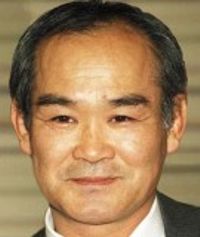 In 2008 , TK Chiba Shihan, technical director of the International Birankai, requested a meeting with Sensei’s ~ Haydn Foster ~ Henry Ellis ~ Derek Eastman, for a re-union at the “Hut Dojo“. A meeting with the ` old pioneers `. Chiba Shihan cordially invited them all to join as associate members of the ` British BiranKai`.

We were honored by this request, which we readily accepted, there would be several more re-unions to follow with Chiba Shihan at the Hut Dojo, which is situated at the rear of an old pub “The Hut “ Hillingdon London. The Hut pub in the 1950s was austere with outside tin shack toilets, today the Hut is a very popular up-market pub with an excellent restaurant . In those early days the only food available was a packet of crisps. 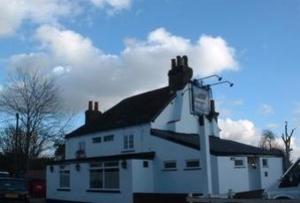 Over the next year and several more pub lunches with Chiba Shihan, the “old pioneers” shared their collective memories of those ` golden years`. It was most gratifying to hear Chiba Shihan thank us for what we had achieved in the promotion of Aikido in the UK in those very difficult early days. Earlier that year, at the start of Chiba Shihan’s speech at the British BiranKai Bangor Summer School celebration dinner, Sensei indicated towards the three original pioneers and stated, “These gentlemen are the true pioneers of British Aikido“!!.

This was the first time we had been able to sit and talk freely with Chiba Sensei, which helped not only Sensei, but us also, to enable us to clear up some of the early misunderstandings that had taken place when he first arrived in 1966. It became clear that Chiba Sensei had not been advised or prepared for the “political“ situation of Aikido in the UK before leaving Japan. In a reverse situation, we in Britain had never been informed by K Abbe Sensei of the proposed invitation and eventual arrival of a resident AikiKai representative. Chiba Sensei appeared pleased to ask and clear up some points that he still had a question mark to them, we in turn learned so much from these meetings.

It was also very important to the three of us that Chiba Shihan had personally initiated this re-union in celebration of our proud Aikido history and lineage. Which now justifies the long struggle to protect our Aikido heritage from some very unsavoury British Aikidoka.

Jei Nakazono Sensei, second son of Masahilo Nakazono, wrote to me to say that his father considered the early British Aikido dan grades as the “True Budo men of Europe ! “. He added “I was just a schoolboy then, I could not wait for my father to return home to Paris after his visits to Britain, to tell me wonderful stories of the brave British Budo men, they were the hardest students he had ever met “ .

I recall Masahilo Nakazono Sensei saying to all the dan grades at the end of his first visits to the Hut Dojo “ You could all train at the Hombu dojo on equal terms with all that study there ! “ , that was quite a compliment to us then. and still is today.

At our last meeting at the Hut Dojo in August 2009, we were all very pleased and honoured to receive our 6th dan `International BiranKai` diplomas from TK Chiba Shihan . We all agreed, there is no other Aikido master that we would want to receive such an honour from than TK Chiba Shihan. 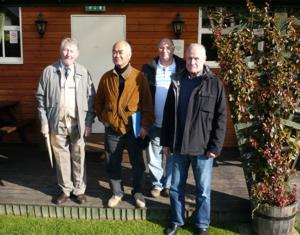 Here we were again in the old “ Hut Dojo “, a place with a heart of its very own, a place where so many of the early Budo masters had left their indelible footprints on the tatami, a place where we had all started our Aikido careers in the 1950s. A place where we had forged so many lifelong friendships, sadly, where we had lost some of the early dan grades such as Andy Allen Sensei ~ Hamish MacFarlane Sensei and others. Sad that so many have passed on, yet, the Hut Dojo is still vibrant, alive and full of memories, Britains first Aikido dojo with the first Aikido students. This is where we had been graded by Kenshiro Abbe Sensei and Masahilo Nakazono Sensei, M Noro Sensei, our treasured diploma’s received from the AikiKai signed by OSensei Morihei Ueshiba.

Now more than 50 years later, here we are, back at ` The Hut ` where it all started so many years ago, now, proudly receiving our 6th dan diploma’s from TK Chiba Shihan, a direct student of OSensei. The first official resident representative of the AikiKai Hombu for the UK. 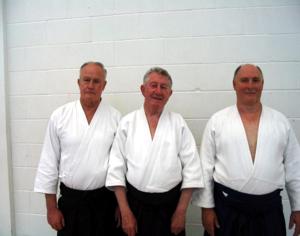 For the three pioneers, this is “ UK Aikido going full circle. “