The martial arts are my passion. When I was a youth I proclaimed that, “karate is my life”. I’ve since grown past that kind of obsession, realizing that there is more to life than kicking and punching, but the martial arts still hold a major position in my life.

I’ve been studying the martial arts for fifty five years. I started my martial journey as a ten year old kid. Actually I can say that I was introduced to some aspects of the martial arts earlier than that. My father was a marine and a MP. He had trained in the U.S. military’s hand to hand combat systems. He was stationed in Hawaii during much of WW II and had extensive contact with Japanese prisoners. How much that contact shaped his attitude toward the arts is debatable, but he was fairly adept in H2H and martial art techniques. Sharing some of his experience with me at a very early age, he passed that same interest on to me.

I have had an opportunity over the years to train with some well respected instructors. I’m not into name dropping but several of them would be well recognized within the martial art community. I also had an opportunity to study with several individuals who were considered controversial and who were ostracized by the mainstream martial art community. This unacceptence wasn’t because of a lack of knowledge or skill on their part, but because of their philosophies and approach to the arts. They were skilled and gifted instructors, but they took another path, spurning the classical approach of the martial arts of the day. A lot of what they advocated would be considered cutting edge these days, but they were too far ahead of their time to be embraced by the status quo.

You may wonder why I’m rehashing the same old autobiographical background that has been presented several times in similar articles. This article isn’t about me. I’m trying to give enough background to explain the stance that I take. One of the things that I like about the martial arts is that it can be studied and enjoyed on many levels. Everyone doesn’t have to follow the same path. We study for different reasons and with different emphasis placed on several areas that encompass the martial arts. Our reason for studying will determine how we see the arts and how we approach them.

I’ve been teaching the martial arts longer than many of the practitioners of today have been alive. That doesn’t give my opinion any more weight than anyone else’s, but it has allowed me to see a trend of inclusion and exclusion that has plagued the arts since I can remember. I am not a political creature and I don’t allow other people’s viewpoints to shape my opinion. I’ve come to learn that just because something is popular or universally accepted doesn’t make it right. 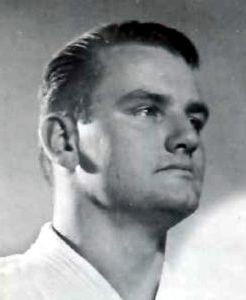 Recently a debate was presented on one of the martial art sites on Facebook. The debate revolved around a American martial artist who taught during the formative era of the martial arts here in the states. I’m speaking of Bruce Tegner. Bruce Tegner was raised in the martial arts. Both his mother and father were judo and jiu jitsu instructors when those arts weren’t well known to the general public. His mother actually trained in the Kodakan at a time when women, especially American women, were just barely accepted in the arts. Because of his parent’s involvement in the arts he had contact with martial art instructors who represented several disciplines. He had an exposure to the arts that most martial artists would envy, but in spite of that he was spurned by many mainstream martial artists.

Bruce Tegner demystified the martial arts and tried to make it accessible to the common man.

Bruce Tegner published quite a few affordable martial art books when there were few such books available. These books were the introduction to many early martial artists in The U.S. and led many to study the arts. I had just started studying karate when his book on the art became available. It became the first volume of what would become an extensive library on the subject. I was introduced to other arts that weren’t available in the Chicago area through other of his books. His approach to the arts was simple enough the average individual could garner a basic understanding of the arts. Through that media he became the first instructor of many of the martial artists who would later criticize him. In all fairness I would have to say that his approach wasn’t for everyone, especially the classical martial artist. But it served to introduce the arts to many who would have had no exposure otherwise.

I would like to compliment Master Emil Farkas and Official Karate magazine for addressing Mr. Tegner’s contributions to the arts. I am proud that they had the courage to speak out in his behalf. Bruce Tegner was a pioneer in the martial arts and deserves the respect of the martial art community even if some don’t particularly agree with how he approached and taught the arts. The martial arts shouldn’t be just for the chosen few. It should be assessable to anyone who wants to learn on whatever level and for whatever reason he wants to learn it. Everyone doesn’t want to be a tournament champion or a trained killer. For those who just wanted to know a little self defense or perhaps get a little exercise I think that Bruce Tegner offered the perfect media.

If we could get past the opinionated positions that we often take and leave the politics behind the arts will prosper from it.

I’m not trying to rewrite martial art history, but I feel that it is often a good idea to look back and reassess some of the stances we took in the past. I think that it is only right also to perhaps correct some old misconceptions and perhaps right a few wrongs. As we grow and progress we will see things more clearly. If we could get past the opinionated positions that we often take and leave the politics behind the arts will prosper from it. We don’t all have to do everything the same way or for the same reason. Why we do what we do will often shape how we do it. Regardless of our approach there is room in the martial arts for all of us.

Train hard my brethren and go with God.