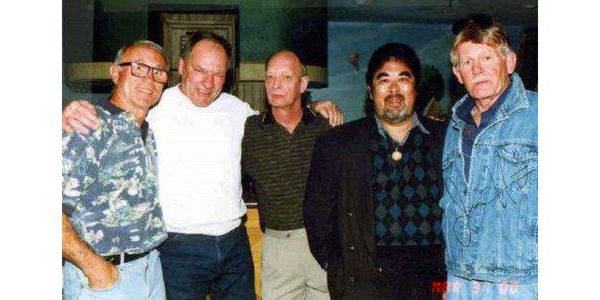 I was told by my friend, Sensei Rob Baker, that my hero and dear friend, Grand Master Parker Shelton has lung cancer and is in stage four of the disease. Grand Master Shelton is a sport karate legend and original History General for the Sport Karate Museum. He holds the title of Hanshi in Matsubayashi karate. In 1969 he received the Trias International Award and from 1972 to 1974 he was ranked number 1 in the nation. He was the first President of the United States Karate Association and the Animal that dumped more opponents with ippon seginagi and roto seginagi sweeps and stomps than any other man in our sport. He awarded my Tria’s International patch to me, and shared techniques with me, to make my Judo work better in Sport Karate. Yes, virgins of our sport, at one time we were allowed to do that! Of course, now you would be disqualified for doing what this legend did, what most of us did, back then.

It saddens me that we will lose another great leader, an awesome Judoka, Karateka, and dear friend. But all of the Alumni of Warriors are praying for and thinking of Grand Master Shelton daily. We want him to know that we love him with the true spirit of the love he has given to us. All of us whose lives he has touched, thrown, or stomped, lol, we all want him to know how very special he is.

With Love and Much Respect,
Gary Lee

The Lesson of the Forty Brooms