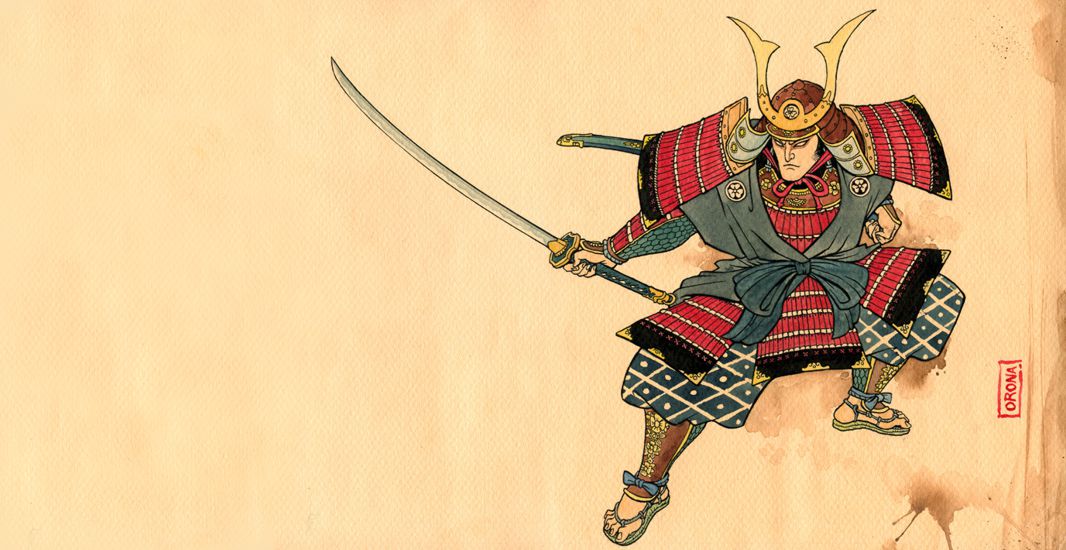 I have many fond memories of martial arts events from my childhood in Hawaii. There are things I will never forget, like watching the Kyokushin-Kai Karate class training in the ocean under the moonlight, practicing kata and Seichan breathing while the waves crash against their bodies. There were easily over fifty Black Belts who practiced with their hard animal attitudes.

I remember secretly following the drawers and cutters of our dojo out in the deep woods and watching as they would draw and cut live pigs for the Lua’s and feast of the islands. These men were truly dangerous men, but they were so kind and gentle in their personal ways. Their karate was very strong, and when they put on their Hakama I could see and feel a change. 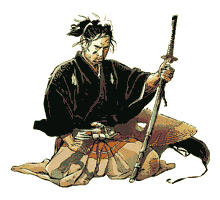 Twice a week I would make a excuse to Sensei and sneak through my path in the woods to follow these very different kind of warriors. Sensei did not draw, but he allowed this small group of men to work out at the dojo and they had swords!

At first I simply wondered why their trips into the woods left them covered in blood as I watched them washing off down in the ocean. I was caught the very first time I followed them and, of course, I suffered the consequences of a “never do that again” lecture. I didn’t listen because the draw was just to compelling. I simply found a better way to follow them.

Do not put your hands in the cookie jar or else!!!

I was a eleven year old kid with adventure as my middle name and my adventures led me to Toshirio. He was a fisherman who made his living throwing nets early in the morning and again in the early evening when the fish came to life again after the heat of the day.

He was very precise with his fishing nets, working the fine loose nylon threads, swaying back and forth, getting the net exactly where he wanted it. Watching him was mesmerizing, but his talents were not limited to fishing. When he was though with his morning fishing routine, and before he was drawn back to his evenings work at the ocean’s edge, he would hand make Bokens.

At first when I watched him I thought he was just widdling a big stick, but he was actually carving the peiece of wood. As I continued to watch I discovered that he was an artist and I wanted to hang out with him when ever I could, even into my ladder years on the Island. I talked with the students that purchased his gifts and little by little I became a friend of the Boken Master, the name the islanders gave him. I simply called him Toshiro. 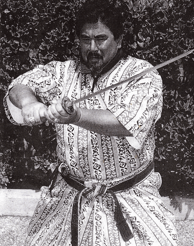 The first time Toshiro invited me to his house, I saw so many sticks in his yard. I wondered why? I soon learned! He would work on white pine or red oak or driftwood from the sea, ahh, but before he would do the first knife cut on any piece of wood, he would place it in his yard and watch it for a week. He believed he could feel the spirit of each piece of wood he worked on.

I shared about my new friend with Sensei Kishi and he thought the relationship would be a good experience for me. I remembered he laugh when I told him how I had met him. Sensei said, “Normaly he scares anyone to heck and back when they get caught watching him, lucky for you he liked you!”

In the summers of 1966, 67, 68 and 69 I learned his craft of making a Boken. A Boken is the symbol of a live sword, but made of wood. It is extremely hard, depending on the wood chosen, and it must be hand sanded and carved into a weapon with skill and accurateness. The Handle had to be gripped tightly by the warrior and some even wrapped the handle. Toshiro never wrapped, and was against it. He felt it took away from the purity of the weapon. The goal was to form a blade of wood that was dangerous and practical for practice or a duel, and it must have a very practical point. 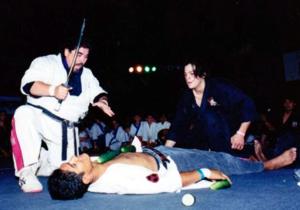 The night before my Black Belt test, Toshiro invited me over to his little hut and gave me my first Boken. It was White Pine and battered from practicing against a live sword. I could feel the battles this Boken had experienced. Toshiro handed me a pineapple and said “gary-san, hold it up here, pointing at my chest, and don’t breathe!” He then speared the pineapple though with a thrusting motion, smooth, accurate and deadly, stopping just at my skin! Without emotion, he pulled the wooden sword out of the pineapple, clean it and said “This piece of wood has saved my life more than once”. As he gave the Boken back to me, he told me that the hard scale on the outside of the pineapple is important to pierce first, the meat of the pineapple symbolizes the bones and odd stuff inside the body, but the important part is to stop before you penetrate the holder, Oss! 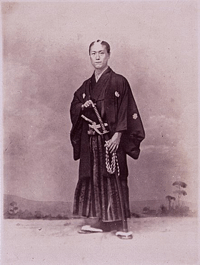 I could not take my cherished Boken on the plane with me to the Mainland, so I gave it to Sensei Kishi and he cherished it until his death, and yes, I put it in his coffin when I came back to the Islands to bury him. I looked for Toshiro when I was back, but rumors were he had returned to Japan, to his little fishing village, to retire near his family and friends. Whenever I see a Boken in stores and all the dojo’s I have visited I think of Toshiro and his knife carving away.

Miamoto Musashi has been rumored to have over eighty recorded kills and many probably were never recorded because they were in the middle of a dark wooded area with no one around except the spirit of the Gods, and two men, two warriors, two Samurai that refused to bend. All one had to do was bow and let the other warrior pass by, but on this day that does not happen and there is another kill for Musashi with his Two Sword Technique or maybe, on this day, he has his Boken.