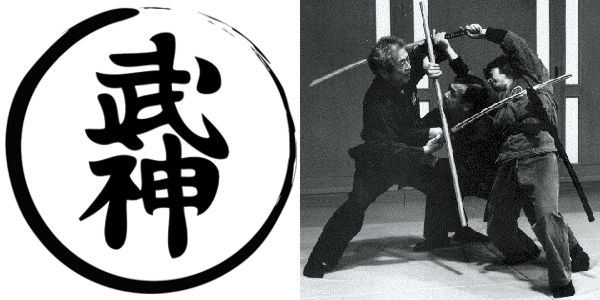 Masaaki Hatsumi Sensei (Bujinkan Dojo) has decided to rename the art of Ninjutsu – “Budo Taijutsu” to try and eliminate the Western misconceptions about what Ninjutsu is and is not. This re-naming has also allowed for a framework that consolidates nine martial arts schools under one discipline.

Budo Taijutsu does not refer to a specific style, but more to a group of arts, each with a different point of view expressed by the different school. The physical dynamics from one school to another varies – one may focus on redirection and avoidance while another may charge in and overwhelm, etc.

To provide some kind of brief description, Budo Taijutsu includes the study of both unarmed and armed combative techniques, strategy, philosophy, and history. In most instances, the area of study is quite comprehensive. The idea is to become adept at many things, rather than specializing in only one.

The main principles of Budo Taijutsu are: posture, distance, rhythm and flow. Soke Hatsumi has repeatedly called Budo Taijutsu, “The Art of Distance”. The practitioner responds to attacks in such a way that they place themselves in and advantageous position from which an effective response can be employed. They are taught to use the entire body (Taijutsu) for every movement/technique, to provide the most power and leverage. They will use the openings created by the opponent’s movement to implement techniques.

Due to the combative nature of the techniques studied, there are no tournaments or competitions in Budo Taijutsu. As tournament fighting has set rules which compel the competitor to study the techniques allowed within that framework, this limits not only the kinds of techniques that they study, but also the way in which they will apply those techniques. The way that you train is the way that you fight. Budo Taijutsu requires that it’s practitioners be open to any situation and to be able to adapt their technique to ensure survival. A Budo Taijutsu practitioner will always keep an open mind and an open heart not only inside of the dojo, but in their everyday life as well.

A Tribute to My Brother – Alfred Sims Jr.

Alan Sims - August 24, 2017
We use cookies to ensure that we give you the best experience on our website. If you continue to use this site we will assume that you are happy with it.OkRead more