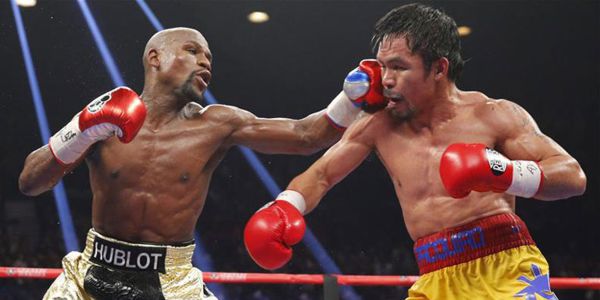 Boxing is a combat sport in which two people wearing protective gloves throw punches at each other for a predetermined set of time in a boxing ring.

Amateur boxing is both an Olympic and Commonwealth Games sport and is a common fixture in most international games—it also has its own World Championships. Boxing is supervised by a referee over a series of one- to three-minute intervals called rounds. The result is decided when an opponent is deemed incapable to continue by a referee, is disqualified for breaking a rule, resigns by throwing in a towel, or is pronounced the winner or loser based on the judges’ scorecards at the end of the contest. In the event that both fighters gain equal scores from the judges, the fight is considered a draw (professional boxing). In Olympic boxing, due to the fact that a winner must be declared, in the case of a draw – the judges use technical criteria to choose the most deserving winner of the bout.

While people have fought in hand-to-hand combat since before the dawn of history, the origin of boxing as an organized sport may be its acceptance by the ancient Greeks as an Olympic game in BC 688. Boxing evolved from 16th- and 18th-century prizefights, largely in Great Britain, to the forerunner of modern boxing in the mid-19th century, again initially in Great Britain and later in the United States.

Rules
The Marquess of Queensbury rules have been the general rules governing modern boxing since their publication in 1867.

A boxing match typically consists of a predetermined number of three-minute rounds, a total of up to 25 rounds. A minute is typically spent between each round with the fighters in their assigned corners receiving advice and attention from their coach and staff. The fight is controlled by a referee who works within the ring to judge and control the conduct of the fighters, rule on their ability to fight safely, count knocked-down fighters, and rule on fouls.

Up to three judges are typically present at ringside to score the bout and assign points to the boxers, based on punches that connect, defense and knockdowns. Each fighter has an assigned corner of the ring, where his or her coach, as well as one or more “seconds” may administer to the fighter at the beginning of the fight and between rounds. Each boxer enters into the ring from their assigned corners at the beginning of each round and must cease fighting and return to their corner at the signaled end of each round.

A bout in which the predetermined number of rounds passes is decided by the judges, and is said to “go the distance”. The fighter with the higher score at the end of the fight is ruled the winner. With three judges, unanimous and split decisions are possible, as are draws. A boxer may win the bout before a decision is reached through a knockout; such bouts are said to have ended “inside the distance”. If a fighter is knocked down during the fight, determined by whether the boxer touches the canvas floor of the ring with any part of their body other than the feet, the referee begins counting until the fighter returns to his or her feet and can continue.

Should the referee count to ten, then the knocked-down boxer is ruled “knocked out” (whether unconscious or not) and the other boxer is ruled the winner by knockout (KO). A “technical knockout” (TKO) is possible as well, and is ruled by the referee, fight doctor, or a fighter’s corner if a fighter is unable to safely continue to fight, based upon injuries or being judged unable to effectively defend themselves. Many jurisdictions and sanctioning agencies also have a “three-knockdown rule”, in which three knockdowns result in a TKO. A TKO is considered a knockout in a fighter’s record. A “standing eight” count rule may also be in effect, in which the referee counts no higher than eight to a boxer who regains his or her footing after a knockdown, allowing the referee time to assess if the boxer is able to continue.

In general, boxers are prohibited from hitting below the belt, holding, tripping, pushing, biting, spitting or wrestling. The boxer’s shorts are raised so the opponent is not allowed to hit to the groin area. They also are prohibited from kicking, head-butting, or hitting with any part of the arm other than the knuckles of a closed fist (including hitting with the elbow, shoulder or forearm, as well as with open gloves, the wrist, the inside, back or side of the hand). They are prohibited as well from hitting the back, back of the neck or head (called a “rabbit-punch”) or the kidneys. They are prohibited from holding the ropes for support when punching, holding an opponent while punching, or ducking below the belt of their opponent.

If a “clinch,” a defensive move in which a boxer wraps his or her opponents arms and holds on to create a pause, is broken by the referee, each fighter must take a full step back before punching again (alternatively, the referee may direct the fighters to “punch out” of the clinch). When a boxer is knocked-down, the other boxer must immediately cease fighting and move to the nearest neutral corner of the ring until the referee has either ruled a knockout or called for the fight to continue.

Violations of these rules may be ruled “fouls” by the referee, who may issue warnings, deduct points, or disqualify an offending boxer, causing an automatic loss, depending on the seriousness and intentionality of the foul. An intentional foul that causes injury that prevents a fight from continuing usually causes the boxer who committed it to be disqualified. A fighter who suffers an accidental low-blow may be given up to five minutes to recover, after which they may be ruled knocked out if they are unable to continue. Accidental fouls that cause injury ending a bout may lead to a “no decision” result, or else cause the fight to go to a decision if enough rounds (typically four or more, or at least three in a four-round fight) have passed.

Unheard of these days, but common during the early 20th Century in North America, a “newspaper decision (NWS)” might be made after a no decision bout had ended. A “no decision” bout occurred when, by law or by pre-arrangement of the fighters, if both boxers were still standing at the fight’s conclusion and there was no knockout, no official decision was rendered and neither boxer was declared the winner. But this did not prevent the pool of ringside newspaper reporters from declaring a consensus result among themselves and printing a newspaper decision in their publications. Officially, however, a “no decision” bout resulted in neither boxer winning or losing. Boxing historians sometimes use these unofficial newspaper decisions in compiling fight records for illustrative purposes only. Often, media outlets covering a match will personally score the match, and post their scores as an independent sentence in their report.

The Truth About Martial Arts Training in Japan