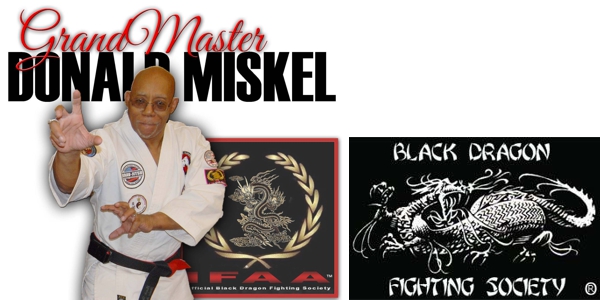 Bullying Epidemic In Our Country:

There is a bullying epidemic in our country. It probably won’t come as a surprise that it is a major problem that effects all ages, races, both sexes and all ethnic backgrounds. To most that isn’t a secret. If it hasn’t impacted your family you can turn to the news or even closer than that look in your own neighborhood and you can see the effects that bullying has on our society. Families have been destroyed by the backlash of bullying. Lives have been destroyed and even lost because of this recurring problem. Okay, we know the problem but what can we do about it?

Laws have been made against cyber bullying but it is seldom enforced except in the case of a fatality. Even then it is hard to prosecute. Law enforcement is challenged by major crimes and unless a life is last or serious physical harm is done the problem is lest to the schools, the families and the community none of whom seems to have a solution to the problem. Often the perpetrators are children bullying other children. Schools will sometimes try to intervene but too often when they finally get involved the harm has been done. Knowing this we are left with the realization that this is something that has to be dealt with by the parents of the victims and by the victims themselves.

Obviously parents can’t go out and beat up the ones doing the bullying. Likewise it wouldn’t be wise to send out an older sibling to do the job. Even if it were possible to take such a proactive approach the resulting problem is often bigger than the bullying itself. So how do we deal with such problems if the schools are ineffectual and law enforcement take an interest only when things have gone to the extreme causing harm or even death to either the bully or the victim?

Some problems are better dealt with before they become a problem. Bullying is one of these. There are steps that can be taken before the fact. You’ve heard the adage that one ounce of prevention better than a pound of cure.  To see how this is possible we must first look at the nature of the bully. We then need to understand why some children are more prone to become victims of this cruel method of abuse.

Bullies are predators. That may seem like a harsh statement when applied to children but children are often as cruel as or more so than adults. Predators by nature seek what appears like prey. A predator chooses its prey carefully. It isn’t looking for something that may as easily prey on it. It shies away from anything that is too big or too formidable for it to handle. For this reasons a lion generally won’t try to tackle an elephant or a rhino. A single lion won’t generally try to pull down a cape buffalo. He shies away from any situation that could as easily be the cause of his death or injury as his intended victim.

I have always held that the best way to discourage a would be street predator is to exude confidence and appear capable of dealing with a situation. Better yet arming ones self with the skill and ability will often foster that same air of capability that would make most predators seek an easier victim. Predetors look for soft targets. They aren’t looking for a fight. They are looking for a victim that will give in to their threats. The average bully isn’t willing to get a black eye in order to give you two. They want to do their dirt with no threat to themselves.

You may ask what this has to do with the victim of bullying. Let’s take a look of what makes up the personality of the victim of a bully. Often they show a lack of self confidence or a negative self image. Often they are small or different in some way or they may be loners with no peer support to insulate them from the effects of bullying. More often than not the victim isn’t the product of his school or his environment outside of the home. Too often victims are made at home.

A positive self image isn’t always a guarantee against bullies but a negative self image and a lack of self confidence draws them like flies. How does a child garner a positive self image? How does he gain confidence? These attributes are often the product of a strong family support structure. Loving supportive parents create confident children with a good sense of self and with self confidence. If they’re made to feel that they are important and that they are valued they will seek less of their reinforcement from outside sources. He will be less prone to seek his sense of validity from the outside world. That’s why we have to be careful about the message we feed our child. Words have power. Giving the right message empowers a child.

A child that is verbally or physically abused or who feels neglected and unloved will lack a sense of self worth or self confidence. As often as not he will walk with his head down and give the other indications of an easy target. A child who has a sense of self worth will stand up for himself and will be less subject to succumb to harassment of a group that seeks to make him feel small or worthless. He is less prone to listen to and give in to the negative messages that are directed at him.

It is possible by positive reinforcement to make a child who is able to resist the harassment of bullies. You can’t always control what people say about you but you don’t have to buy into the message. It is important to get that message across to your child.

In a day and age where cyber bullying is often practiced by groups bully proofing a child becomes even more important. It’s easy to see it when a child comes in with a black eye or bruises but it isn’t as easy to see when a child is being verbally harassed in person or through social media. A parent needs to be aware of a child’s affect and his temperament. If there is any change in either it may be an indication that he is being bullied. Having a close relationship with your children will not only strengthen their resolve and make them more resistant to bullying but it will also allow you to see the sign of a problem before it becomes serious.

Aside from giving a child emotional support a parent can be proactive by contacting the school, the authorities and even the parents of the child or children doing the bullying. A child needs to know that his parents and his family are concerned about his problems and will be supportive to him. When assailed by outside forces he needs to know that he has the love and concern of his family.

If necessary get counseling for the child whether or not the problem seems to be solved. Sometime there can  be lasting problems that will plague a child after the actual bullying stops. Put your child in a martial art class. Not so much to teach him to fight, though he will have the ability if needed, but to bolster his confidence and self image. I a martial art class he will have the support and comradery of a new group of friends which again will give him an additional support system. Often he will come in contact with other children who, through their training, have found the tools and confidence to face their own demons. He will begin to see through the possibility of being triumphant against the attacks of bullies however they may be presented.

As parents we must do all that we can to protect our children and to prepare them for the often scary reality of the real world. Children are precious. They are worth whatever efforts are necessary to protect and impower them. It can often mean the difference between life and death. A child is too important to lose and as the saying goes, a life is a terrible thing to waste.