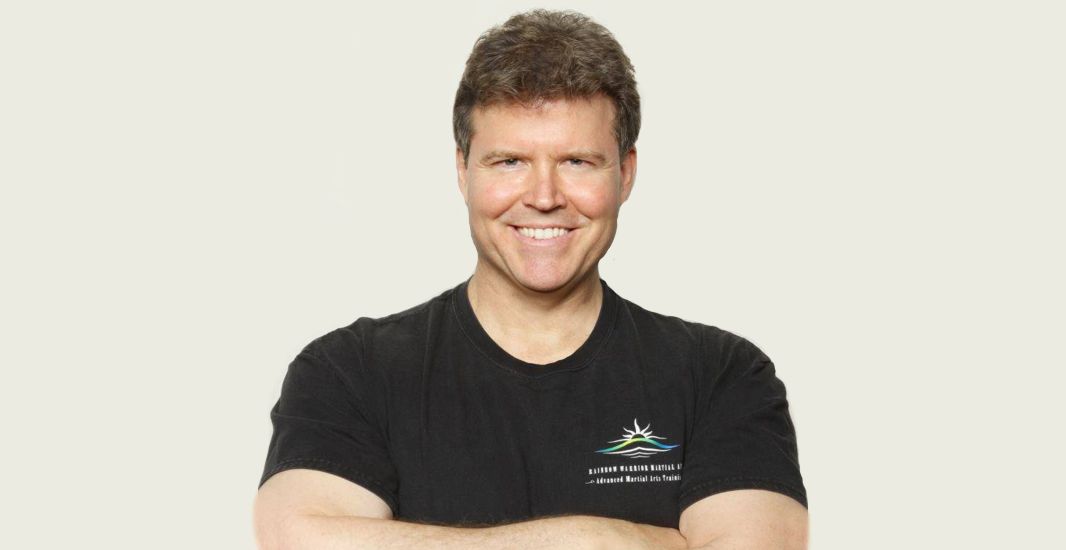 Adam James is an actor, writer, director, producer, and internationally renowned martial arts expert. Adam is a Screen Actors Guild member and had supporting roles in “Under Siege” with Steven Seagal and “Steal Big/Steal Little” with Andy Garcia. Recently, Adam played the lead role in the television pilot movie “East of West” for Sky Dragon Productions International, and he has agreed to star in the action adventure film “Recon”.

Adam is the Vice President of Sky Dragon International, and his mentor is Leo Fong, an international action film star and Bruce Lee’s close friend and training partner. As a writer, Adam has been published in numerous martial arts magazines including Black Belt, Masters Magazine, Journal of Asian Martial Arts, and FMA Informative; and he has written several feature length screen plays. Adam has also worked as a martial arts consultant and fight choreographer for film.

Adam James is the Founder and President of Rainbow Warrior Martial Arts and is an instructor of Kempo, Karate, Kung Fu, Wei Kuen Do, Jujitsu, Muay Thai kickboxing, boxing, wrestling, Escrima, Kenjutsu and Kobudo (weapons). Adam is a 10th Level Instructor from Grandmaster Leo Fong in the styles of Wei Kuen Do, Chi Fung and Modern Escrima. Adam is also a 5th Degree Black Belt in Kempo, Karate, Jujitsu, and Kobudo under Professor Michael Dela Vega. In addition, Adam is the former Director of Marketing for World Black Belt, a martial arts website company founded by Chuck Norris, Bob Wall, Gene LeBell and 50 of the world’s greatest martial artists.

Adam James is the Vice President of the National College of Exercise Professionals, and the creator of the NCEP-Rainbow Warrior Martial Arts MMA Trainer certification program which he has taught in Hawaii, New York City, and at Gokor’s MMA Academy in North Hollywood. Adam is certified as an Advanced Trainer by NCEP, as well as by the National Academy of Sports Medicine, USA Gymnastics and Hawaii Special Olympics.

Victor Marx - September 3, 2013
We use cookies to ensure that we give you the best experience on our website. If you continue to use this site we will assume that you are happy with it.OkRead more