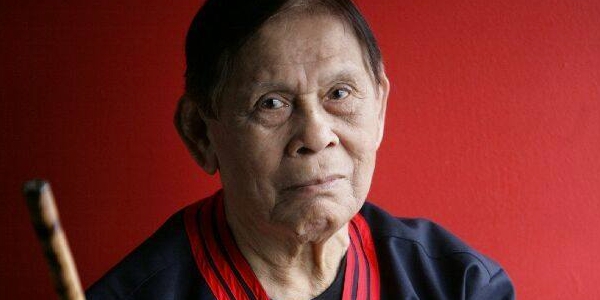 The legendary Cacoy Canete of Cebu Philippines was a prominent, internationally known martial artist who traveled the globe to share, teach and demonstrate his martial art skills to others. The Grandmaster promoted his art for self-defense, sport and personal well-being. Cacoy Canete was the only 12th degree black belt and the highest ranking member of the fame Doce Pares Eskrima Club. He began his study of Eskrima at age 7 under the oldest of eight, brother “Momoy”. At 97 years old, Grandmaster Canete’s list of achievements was extensive. Here are some of the highlights:

Cacoy Canete was the best-known of the Canete brothers (Filemon, Eulogio, Tirso, Ciriaco, Rufino and Silvestre), prime movers in the preservation and promotion of the indigenous Filipino martial art of stick fighting (eskrima-arnis).

Ciriaco “Cacoy” Canete was born in San Fernando, Cebu, in 1919, into a family for whom Eskrima was already a tradition. In his youth, Cacoy trained in boxing, wrestling and the Asian martial arts. In the 1920’s his brothers were already involved in teaching stick fighting. Interest in Filipino martial arts led to the formation by Visayan martial arts practitioners of the Doce Pares Association in Cebu. In 1939, Cacoy’s elder brother, Eulogio “Yoling” Canete became president of Doce Pares, the oldest and longest standing martial arts organization in the Philippines and a driving force behind the popularization of Filipino martial arts. Yoling was president of Doce Pares until his death in 1988.

Cacoy Canete served with the USAFFE in the war years and stayed in the army service until 1947. He studied at the University of Southern Philippines and taught martial arts in various Cebu schools. In 1979 he was champion in both the First Open Arnis Tournament in Cebu City and the First National Invitational Arnis Tournament in Manila, both events sponsored by the National Arnis Association of the Philippines (Naraphil). Another Canete, Dionisio (Cacoy’s nephew) served as president of both Naraphil and the World Kali-Eskrima Arnis Federation (Wekaf), an organization founded much later in the history of Doce Pares (1987). The remarkable Cacoy Canete was active in organizing tournaments, exhibitions and training programs in eskrima-arnis in the Philippines and foreign countries.

Supreme Grandmaster Ciriaco “Cacoy” Canete passed away on February 5, 2016 in the Philippines. What a huge loss to the martial arts world.

USAdojo - October 29, 2017
We use cookies to ensure that we give you the best experience on our website. If you continue to use this site we will assume that you are happy with it.OkRead more