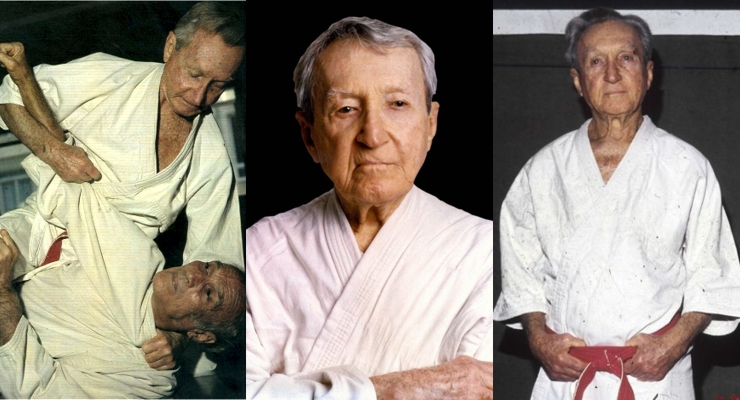 Brazilian Jujutsu or Brazilian Jiu-Jitsu (abbreviated to BJJ) is a modern, cutting edge, style of martial art that was developed from judo and the traditional Japanese jujitsu styles by the Brazilian landowner Carlos Gracie and his family.

The Brazilian Jiu-Jitsu contains standup techniques for winning a fight, but it is famous for its devastating ground fighting techniques. BJJ was developed to allow a smaller person to defeat a larger person by applying leverage and technique. The idea is to gain superior positioning on your opponent and then to apply numerous chokes, holds, locks and joint manipulations.

When Carlos Gracie was 15 he trained for a short time with Japanese Judo and jiu-jitsu master Count Combat or Conde Koma (Mitsuyo Maeda) who came to Brazil when Carlos was a boy. After his family moved to Rio de Janeiro he became a pupil of Donato Pires dos Reis, a police hand-to-hand instructor and apprentice to Maeda and learned self-defense-oriented techniques. Lader Carlos and his brother, George started a small school in Barrio nas Perdizes, a barrio in São Paulo where they brought in Geo Omori to teach them further jiu-jitsu. Omori was a Japanese-born Brazilian martial artist and one of the creators of judo-based martial arts in Brazil. After Carlos got into trouble, the two brothers moved back to Rio de Janeiro and joined Donato Pires’s school, which had opened in Marquez de Abrantes in September 1930. In June 1931, Pires moved to Santa Catarina because of his job in the Ministry of the Economy, and he asked Carlos Gracie to run his academy.

Carlos taught the art to his four younger brothers, Oswaldo, Gastão, Jorge, and Helio, and and to his older sons and they in turn taught their brothers, sons, nephews, and cousins.  Together they refined the style through repeated no rules contest and challenge matches against boxers and other martial artists. Their techniques were modified to reflect the combat realities of street fighting in Brazil.

In combat, the Brazilian Jujutsu fighter seeks to drive immediately to a clinch (a quick movement forward to grasp the opponent up very close). In the clinch, the punches and kicks of the opponent are no longer effective. Once this is achieved, the opponent is taken to the ground, where he is choked or joint locked into submission.

Brazilian Jujutsu training is a very hands-on art. The majority of practice is spent on ground fighting techniques and there are no preset forms.