There are many types of criminals who do a wide variety of crimes and there are different types of abductors involved in child stranger abduction.

The worse fear of any parent is for their child to be snatched up by a stranger never to be seen again. When we hear about such stories on the news they do not usually have happy endings. In fact, statistics indicate that 74% of the children are killed within three hours of abduction, and most stranger abductions usually take place less than 100 yards from the home.

Police officers are taught that there are two primary reasons why strangers abduct children. The first is for sexual gratification. The second reason is for murder, also known in this business as “lust killing.” No matter what self-defense measures are taught they offer little if any resistance to the abductor. The most common method used to commit the homicide is strangulation. Weapons are found in only 17% of the cases. Of course, there are other reasons for stranger abductions such as ransom, to sell the child as a sex slave, or what is called “maternal desire.” This is usually where a person cannot have a child of their own, so they kidnap one and raise it as their own. A well publicized case involving this crime of maternal desire, that was rather gruesome, happened on December 17, 2004 when authorities arrested Lisa Montgomery who admitted that she strangled to death 23-year-old Bobbie Jo Stinnett and cut her fetus out of her womb in Maryville, Missouri. Montgomery brought the baby home calling it her own.

In my Reality-Based Personal Protection system I teach my students to “know the enemy.” If you don’t know who the enemy is, then how do you know what techniques to train for? Learning how to punch and kick is great, and has its place, but you’ll probably never use those skills on a terrorist, because they’ll be lobbing grenades or mowing you down with automatic weapons fire long before you ever get near them. Likewise, you may send your children to karate classes to alleviate your fears about a stranger grabbing them one day, but how many traditional-based instructors really prepare their youngest students for what they need most, such as situational awareness, detection, and avoidance. It’s easy to for any of us to say to a child, “Don’t talk to strangers” or “Bite and scream if someone grabs you,” but do you, the parent or martial arts instructor, really know the enemy? I do. I’ve had to hunt down some of these predators and arrest them. I’ve also had to sit next to them and interview them while maintaining my self control after having had to see the abused children these monsters victimized. In addition I’ve had to take many police courses in investigating crimes against children. Since most parents have not had the training or experience I have had, and since most martial arts instructors depend on the enrollment of children to keep their school afloat, it is vital to know more about the criminals who prey on children than just thinking in terms of a generic attacker, as I call it the cookie cutter approach. Just as there are many types of criminals who do a wide variety of crimes, there are different types of abductors – seven varieties to be exact.

Hunter abductor – This predator looks for a specific victim. It could be only three year old girls, or just Hispanic boys. They plan their crime carefully and even go as far as having an “assault kit.”

Poacher abductor – This type searches out a specific area, such as a school, playground, or other areas where kids congregate, and select their victim based on this locality.

Trawler abductor – This criminal is an opportunist. He, or she, may not do anything for years, but takes advantage of a situation when an opportunity presents itself.

Trapper abductor – This diabolical type is someone who is in a position of trust with children, and they use their position to “trap” their victim. A schoolteacher who takes advantage of a student falls into this category, or a priest, or a scoutmaster.

Raptor abductor – This criminal is hard to detect, because there are no real warning signs. They suddenly see a “target” and attack immediately. They are the type who may even kick down your door, run into the child’s room, and carry them out.

Stalker abductor – This monster sees a child that grabs his attention, and then follows the victim around for a while. They pick up on the child’s schedule then do their kidnapping at a time they are least likely to be detected when carrying out their crime.

Ambusher abductor – This predator waits for his victim to come into “his” territory, and then pounces. It may be a child who simply walks past their house everyday, and then one day they deceive the child and invite them into their home or car.

Regardless of the type of abductor out there, keep in mind that most of the victims abducted are females. Knowing this, little girls have to be watched even closer.

Let’s say that you are buying groceries at the supermarket and you are with your young child. While the cashier is scanning the prices of the items she says to your child, “You are so cute. What is your name?” What do most parents do? They generally let the child answer, and a small conversation is exchanged between this stranger and your child. In other words, if you permit this conversation you are sending mixed signals to your child.

Expanding upon the same example, only this time we will learn how to handle the situation the correct way. The cashier, out of politeness says to your child, “Oh, you’re so cute. What is your name?” If your child starts to answer you will immediately say, “I told you not to talk to strangers. You will not talk to her without asking me. Do you understand?” Of course, the child will ask permission and you will tell them, “No.” I know the cashier will be offended, but you will tell the cashier that you are teaching you child not to talk to strangers. 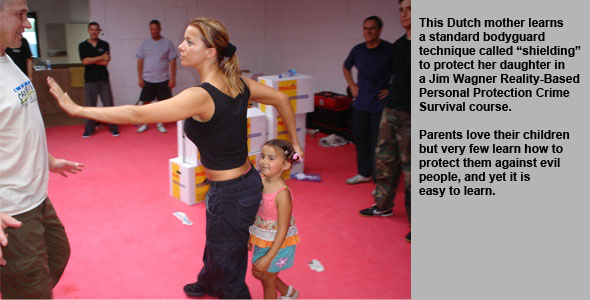 Once the child understands that they must always ask Mommy or Daddy to talk to a stranger, this “conditioning” will carry over when they may be alone one day, such as when you get distracted and a stranger comes up to them. Of course, there will be times that they will ask you, in your presence, if they can respond to the question of a stranger, and you will at times let them. You will say to your child, “Thank you for asking me first. Yes, you may answer her, because I am with you.” Of course, that is the reinforcement because I am with you.” If you don’t intervene when your child speaks to strangers with you, what makes you think they will not talk to strangers without you there?

God forbid your child is abducted, what do you do? Here are the steps you must follow:

1. Stay out of the child’s room, and secure it. The police may need to collect evidence from the room, and there is even a possibility that the abductor may have been in the room. If the child has a computer they will take the information off of the hard drive to see if there was a correspondence with the abductor, which is all too common.

2. Call the police immediately. Don’t waste time scouring the neighborhood or calling the neighbors first. Remember, the first three hours are the critical hours. As soon as the police receive the call they will make other agencies aware of the missing child, and they in turn will do their part in the search.

3. Provide the responding police officers with the names, addresses, and phone numbers of anyone who has had past contact with the child (neighbors, relatives, friends of the child, school, etc.) The police will want to eliminate places the child may have gone to. Many times a child is at a place they frequent, but they forgot to notify the parent. If your child has a cell phone, and it is missing as well, give the phone number and name of the phone company to the police officer since cellular phones can be tracked by the FBI.

4. Immediately make a flyer, with the child’s picture on it, and post it all over the neighborhood. Perhaps someone will see the flyer and remember seeing the child or something that may be of interest to the police. Although this may seem a bit morbid, it is a good idea to have a generic flyer prepared before hand. In other words. Have flyer already in your computer ready to go should this tragic event ever happen. If nothing happens, great! Yet, update the flyer once a year with a new photo. Remember, minutes count during a child stranger abduction.

There are a lot of perverted twisted people roaming around out there who would prey upon children, and as such children have to be well guarded to prevent them from being abducted. Unfortunately this is a reality, and the information I have provided will help your training, and your child’s training, become a little more reality-based. 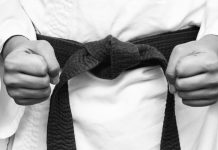 Karate: A Brief Overview And How To Supplement It With Reality-Based-Training For A Post 9/11 World 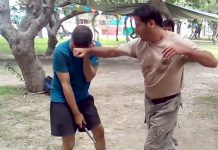 What to Expect When Training in the Russian Martial Art of Systema? 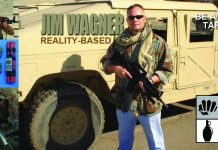 When Can You Legally Defend Yourself?