Home Who's Who Chuck Norris A Most Popular Action Star 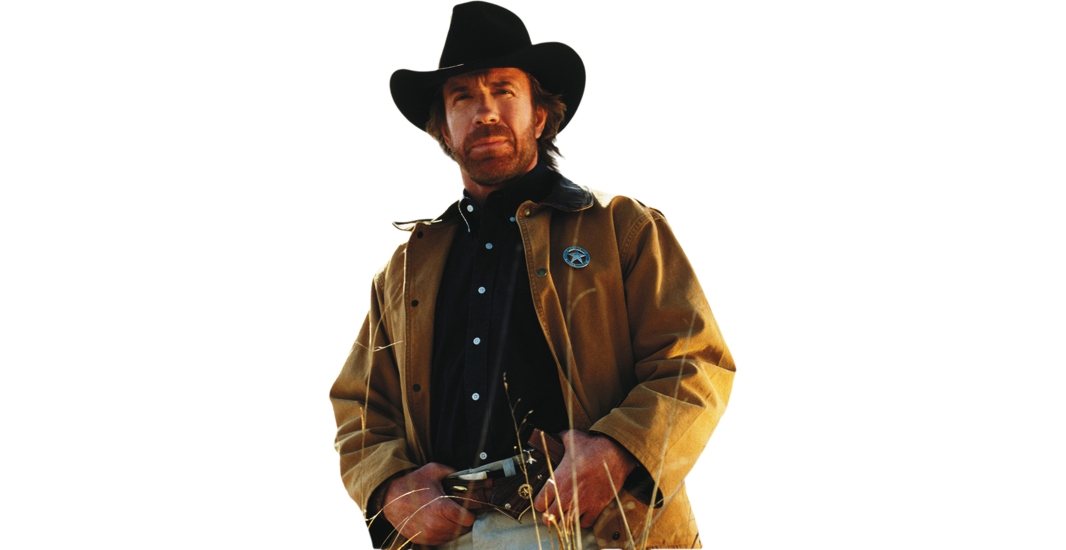 Chuck Norris is without question one of the most popular action stars ever to fill the big screen. And, with his long running hit television show, “Walker, Texas Ranger,” Mr. Norris has become an icon to millions of fans worldwide.

In addition to being one of the most popular stars in the world today, Tang Soo Do stylist Chuck Norris is also one of the greatest karate champions in the history of the sport. For almost two decades he was a force of one winning virtually every major title in karate between 1965 and 1970. Mr. Norris’ grand championship victories include the 1967 and 1968 International Karate Championships, the 1967 & 68 All American Championships, the 1968 National Tournament of Champions and the 1968 World Professional Middleweight title. He retired as the undefeated middleweight champion in 1970. Mr. Norris also coached the only world black belt team to go undefeated in 29 tournaments. Along with Mike Stone and Bob Wall he co-founded the Four Seasons Karate Championships in 1967. In 1975 Mr. Norris co-founded the national karate league with full contact teams in 12 cities.

Mr. Norris’ good looks and his unique style of fighting soon caught the attention of Hollywood filmmakers and in 1968 he made his movie debut in The Wrecking Crew. In 1972 he co-stared with Bruce Lee in Return of the Dragon. Mr. Norris’s legendary on screen fight with Bruce Lee helped to make the movie a winner at the box office. That would also be the last time Chuck Norris would ever lose a fight on the silver screen. From that moment on, he became a bonafide movie star and in 1977 he signed a 3-picture deal with American Cinema that included “Good Guys Wear Black,” (1978) A Force of One, (1979) and “The Octagon,” (1980). In addition to other movies Mr. Norris is best known for his role as Walker Texas Ranger on his long running television show by the same name.

In 1997 Chuck Norris became the first person in the Western Hemisphere to be awarded an 8th degree Black Belt, and title of Grand Master, in Tae Kwon Do. This honor was a first in the 4,500 years of tradition of the Korean martial arts.

Mr. Norris says his most rewarding accomplishment is his Kick Drugs Out of America Foundation. This program implements the teaching of martial arts to high-risk children to improve their self-esteem, and instilling discipline and respect to their lives. This effort is designed to get them out of gangs and promote the positive values that come with living a drug free life on the right side of the law.

Chuck Norris has proven to be one big screen hero that lives up to his image on and off the screen. It is for this reason that national leaders and martial arts icons alike have honored him for his accomplishments in and out of the ring. Chuck Norris has indeed proven to be “A Force of One,”and in the process has forever secured himself as a Hollywood and martial arts legend.