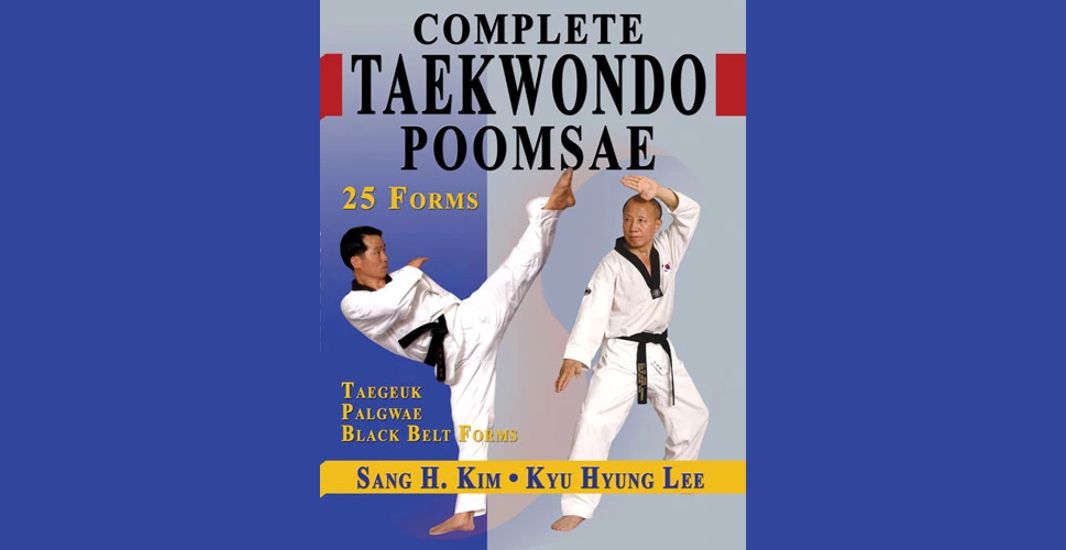 Complete Taekwondo Poomsae: The Official Taegeuk, Palgwae and Black Belt Forms of Taekwondo is the most complete reference book available on the Taegeuk, Palgwae and Black Belt Poomsae of World Taekwondo Federatio (WTF) style of Taekwondo. Grandmasters Kyu Hung Lee and Sang H. Kim have combined their extensive taekwondo knowledge to teach the 25 official taekwondo poomsae, along with the meaning of the forms, the principles of Poomsae performance and the philosophy that underlies the techniques.

Each Poomsae or form is thoroughly illustrated with clear and technically precise photos. The instructional text is supplemented with information about the meaning, movement line and symbol of each form as well as the correct execution of each movement introduced in the form.

In addition to the 25 official Poomsae, the authors explain Poomsae theory and principles to help understand the underlying concepts of Poomsae practice. Topics covered include:

Much of this information has never before been translated into English. The following Poomsae are included:

He has also created over 200 instructional video programs including Self-defense Encyclopedia, Knife-defense, Power Breathing, Junsado Training Series, and Complete Taekwondo Series. They are available through Amazon Instant Video.Sang H. Kim won the 1976 Korean National Championship and was named Instructor of the Year by the Korean government in 1983. As a special agent during his military service, he developed tactical combat methods for hand-to-hand and hand-to-weapon combat for covert operatives.

Sang H. Kim is the originator of MBX-12, mindful movement and deep breathing exercises, and found it clinically effective in managing stress. His research results were published in the July 2013 issue of the Journal of Clinical Endocrinology and Metabolism, and featured in CBS News, Huffington Post, Fox News, and others.

Dr. Kim has a PhD in Exercise Science, and had training as a Postdoctoral research fellow at the National Institutes of Health. He also had additional training at the National Cancer Institute and the Institute of Lifestyle Medicine of Harvard Medical School.