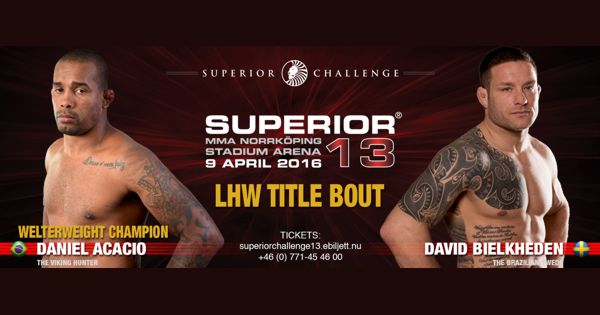 Daniel Acácio was born on December 7, 1977 in Botucatu. He is a Brazilian professional mixed martial artist, Superior Challenge Welterweight Champion and 100% Fight Middleweight Champion. He is most notable for his fights in PRIDE Fighting Championships and has previously fought for M-1 Global, Shooto, Pancrase, Impact FC, Jungle Fight, Fight Festival and Konfrontacja Sztuk Walki.