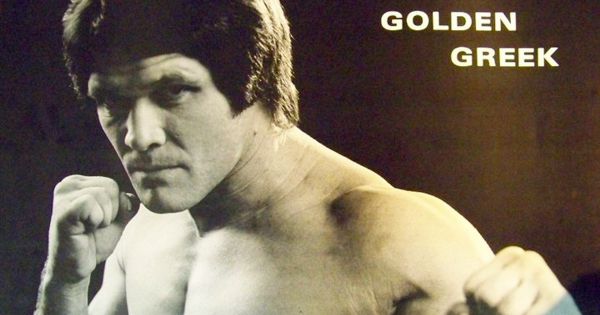 Kickboxer Demetrius Havanas was on born 1950 in Dallas, Texas and he passed away in July of 1981, in Cookeville, Tennessee. He is known as ‘The Golden Greek’ and was a 3rd degree karate Black Belt. He won more than 90 consecutive tournaments in forms and fighting competition, and won 13 grand championships in 1971. He was ranked in the top ten of American Karate fighters between 1971 and 1975.

He was a short but muscular five foot five inch welterweight and middleweight full contact fighter. Havanas won 125 consecutive tournament bouts as only a brown belt. In 1974 Havanas won the grand championship at the United States Karate Association Grand Nationals. He then won the Texas State Karate Championship for six years in succession. He won the Louisiana State Championships four times in succession, and also Allen Steen‘s U.S. Karate Championships three years in a row. From 1975 on, Havanas was focused on his professional kickboxing career and was totally committed to kickboxing.

In 1975, entering full-contact competition, he won the PKA U.S. Welterweight Championship. He amassed a record of 39-4 with 24 knockouts, and the Star System ranked him number-one world welterweight contender in 1980-81. His fighting nick name was called Demetrius “The Golden Greek” Havanas.

Death
On July 23, 1981, Havanas was on his way to Atlantic City, New Jersey to work the corner for Cliff Thomas, who was defending his World Title. However, Havanas was only 31 when he was killed in an airplane accident. He was buried in Restland Memorial Park in Dallas, Texas. His pallbearers included martial arts Grandmasters Skipper Mullins, Jack Hwang, and Chuck Norris, who was in town filming a movie at the time. Havanas was posthumously inducted into the World Taekwondo Hall of Fame, the American Karate Black Belt Hall of Fame and the Texas Martial Arts Hall of Fame.

He was also a top martial arts and kickboxing instructor, who influences many of today’s top martial artists. While most of Havana’s professional kickboxing bouts are lost to time, a few rare bouts were saved by fans and can still be found on YouTube or elsewhere online in the public domain.