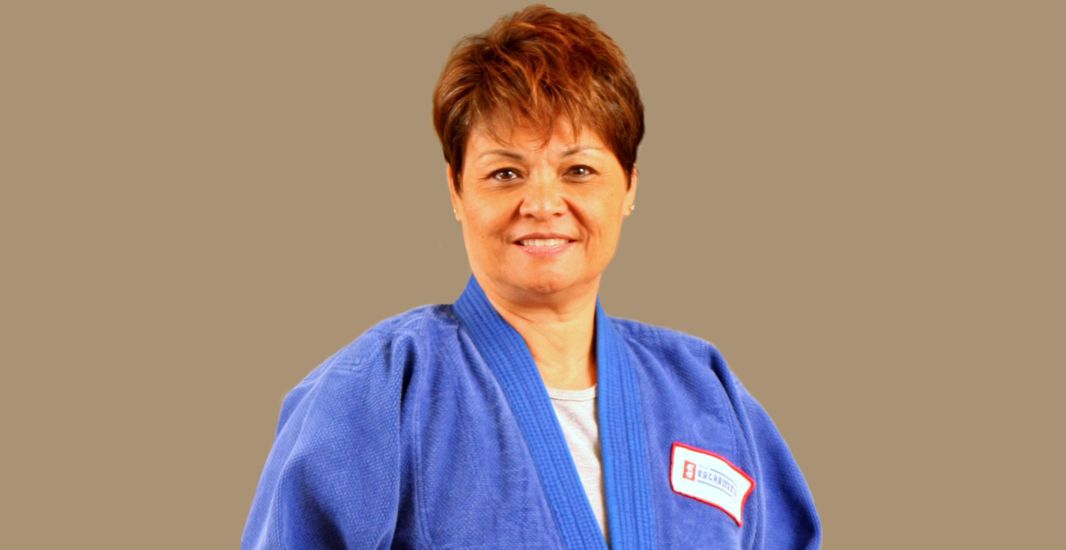 Professor Denise Gonzales has been a martial arts practitioner since the early 1960s. She currently holds the rank of Sichidan (7th dan) in Dan Zan Ryu Jujitsu and a Godan (5th dan) in Kodenkan Judo. She has also trained in the Israeli fighting system, Krav Maga as well as Brazilian Jujitsu and De Cuerdas Escrima.

Professor Gonzales began her training under the tutelage of Grandmaster Wally Jay at the Island Judo and Jujitsu Dojo in Alameda. During that time, she had competed and won several gold and silver medals in both regional and national judo tournaments. She had also competed in several sports jujitsu competitions defeating world champion, Monua Cary in Reno.