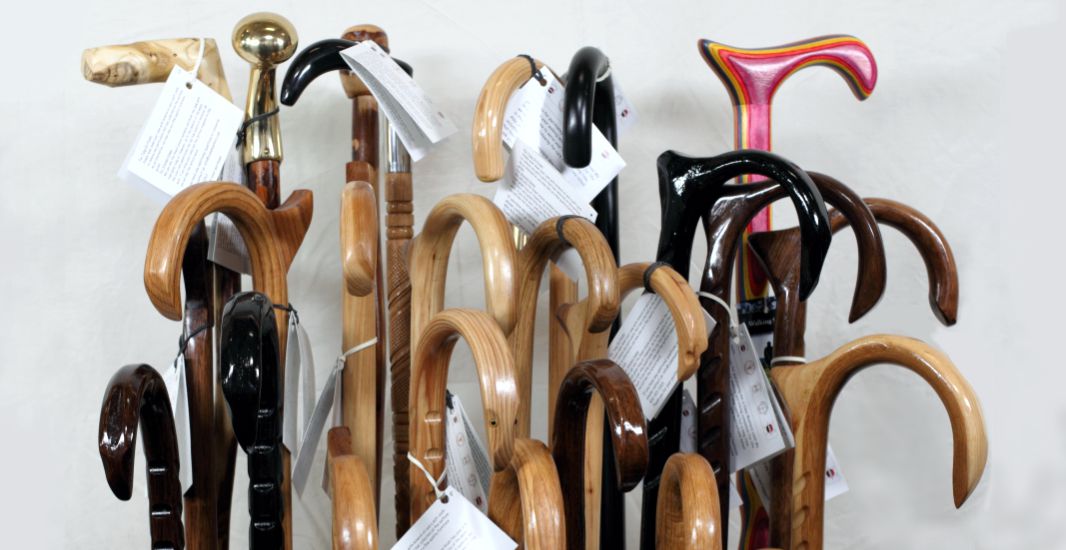 Let me encourage you as you blaze your martial path to not overlook the lowly stick or cane. You’ll find that the stick or cane is the most easily attainable, most easily available and easiest weapon to master.

I’m impatiently awaiting this weekend. We will be in our Black Dragon convention again. The fact is it was rather doubtful that I would be able to make this one because of various health issues. One problem I’m dealing with is mobility and the necessity for using a cane. I remember the old mummy movies from the earlier part of the twentieth century. While I thrilled with the horror aspects of the movie I could never buy into its premise. I mean, come on. How could the Mummy catch anyone? He ambled along dragging one leg behind him. If you can envision that image you have me in a nutshell. I’m a martial art master, one of the deadliest creatures to walk or in my case creep upon the face of the earth. I’m dangerous if I can catch you but I’m like the mummy. Unless you’re frozen in terror you’re in no danger of me catching you. You can amble along at a leisurely pace and run rings around me. Couple that with the fact that I’ll be reaching my seventh decade in a week and you get the full picture. No problem there though. The pen or in this instance the keyboard is mightier than the sword (though in a life and death struggle I’d rather have a sword). So keeping that in mind and overlooking my present disabilities let’s proceed with this dissertation.

Sitting here I glance over at my cane. For years I carried nice fancy canes for style and fashion. Now not so much. I carry a cane now because I need it. Not all the time but enough that I try not to let it stray too far from my reach. It’s a frustrating situation for someone who has trained in and taught the martial arts for sixty years. Hobbling around on a cane may not be the best case scenario for a martial artist but as they say, ‘necessity is the mother of invention’. Anyone who knows the thought patterns of the martial art enthusiast knows that you don’t give him a stick or cane, unless you want him to hit something or someone with it.

Aside from being a martial artist I was educated, trained and worked as a psych professional. That training has become part of my understanding of the combative arts. Understanding kinesiology and psychology will give us a deeper understanding of human combat. In times of stress and under extreme duress we tend to yield to what Psychologists used to call the hind brain. That term refers to our more primitive side. With all of our intellectual capacity and spiritual acuity we are still animals biologically. Yes we are (relatively) intelligent and we have souls but biologically we are still primates. I’ll probably get bombasted by some of my fellow ministers on that issue but if you examine our DNA you’ll quickly discern the truth of this matter. We may be advanced intellectually and spiritually but in times of danger we become the primitive creatures that our physicality implies.

Looking at mankind in his infancy we see a very primitive creature. We also see a relatively weak creature. God created us without the fangs and claws of some of the more predatory creatures that we share our world with. Man very quickly realized that since he was slower and weaker than just about everything else he encountered except maybe slugs and earthworms he needed an equalizer. The first and most primitive weapon he came up with was the stick. It wasn’t especially affective against lions, tigers and bears (oh my) but it discouraged the occasional wolf and it worked wonders on the skulls of his fellow men. The first weapon was born and as necessity sometimes dictates it endures unchanged until this day.

Many will argue the effectiveness of the stick until it impresses its more practical qualities upon the nay sayer’s skull. In the traditional martial art weaponry (kobujitsu for us Okinawan/Japanese practitioners) the stick along with the bladed weapons make up its entire arsenal. I love bladed weapons and the last thing you want to do is face me with a knife in my hand but though I generally carry a combat folder I know that it’s a lot easier explaining hitting someone with my cane in a self defense situation that slicing and dicing them. Unfortunately in a society that seems to care more for the rights of the perpetrator than the victims we have to take such things into considerations. I’m so good with a knife I can reduce you to your lowest terms and almost make you appreciate the beauty and grace of your own dismemberment. I was an expert marksman in the military and I can still shoot the eyelashes off a gnat but there’s just something about a stick. Well one thing I always have one.

One of the advantages of a stick is its easy availability. There is practically always something that can substitute for a stick if you don’t happen to have one in hand. For the most part, except for the rather long ones and very short ones they don’t require a lot of skill and training to prove at least some rudimentary effectiveness with a stick. I have studied and trained extensively with blunt trauma weapons, namely sticks, in their various incarnations. I am good enough with one even in my unhappy state of physical inability but with my trust cane in hand I’m pretty sure I can dissuade the average miscreant from assault on my person. To all of you bad guys out there (none of which are probably reading this article) I have a stick. I am armed and dangerous.

Wrapping up this one sided argument let me encourage you as you blaze your martial path to glory I admonish you not to overlook the lowly stick or cane. You’ll find that the stick or cane is the most easily attainable, most easily available and easiest weapon to master. When in doubt pick up sticks. Okay that was a bad pun that most of you younger people out there didn’t get anyway but you get my drift. Just stick to the facts. My goodness, there I go again. Anyway, I rest my case.