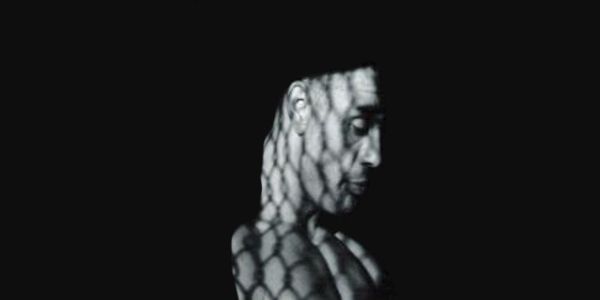 By Rik Ellis ~ I am a MMA / Cage Fighter trained by Alex Reid and Suleman Raja, but I have a strong background in Traditional Aikido.

I have studied Traditional Aikido with my father Henry Ellis 6th dan Aikido – International Birankai – from the age of 5 years. My father taught me the art of ‘Traditional Aikido’ as taught to him by Kenshiro Abbe Sensei in the 1950s and 60s. The modern misguided Aikidoka say “there is no kicking or punching in Aikido!” Believe me, there is in my fathers Aikido! (See my photos and fight films). The same sad people bleat on my video comments, “I don’t see Aikido.” The reason they don’t see Aikido is because they are looking for their stylized choreography dojo Aikido.

Anyone who has had to use Aikido in a truly hostile situation will tell you that it looked nothing like the training in the dojo, one needs to be able to adapt him/herself and their technique to any situation. For me, my Aikido is in my mind and my body, I make no pretence of offering myself on a plate to my opponent / assailant with a stylized Aikido posture, the biggest mistake in the cage or street is to offer your opponent your leading leg or arm, you will be down before you know what has happened and all your Aiki love will be pounded out of you.( welcome to the real world ).

Make no mistake, I respect Aikido and its principals. I do not respect the people who over the years with their inflated grades and ego’s have tried to change what was once a martial art into some quasi religion to suit their own needs and purposes. These people use this BS to avoid a real situation or a conflict where they may one day need to apply some of the vaporized bs they have been harmonizing and teaching for years. 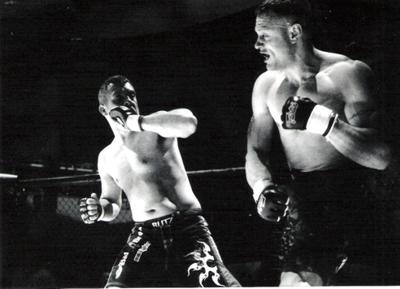 Your opponent in the cage is for real, as would be your street assailant, the difference being the MMA guy is a professional fighter who has no intention of trying to harmonize with you. You will not see me turn my back on my opponent, I will, and do apply wrist locks and arm bars, but you will not see any large circular movements, if you open your closed Aikido mind to some reality, you may just see a fighter who is “very” relaxed before and during each fight. Look a little closer, you may just see some very condensed body contact techniques – irmi nage or an irimi tenkan and other techniques which turn my opponent either into or off of the cage wall.

In ground work training I have submitted my opponents with Kotegaesh ~ Nikkyo and Sankyo very effectively. My father, who came from Judo to Aikido, says that the best of the early Aikido masters came from Judo such as K. Abbe, T. Abe, M. Nakazono, TK Chiba,and the first British student of Aikido, Ken Williams Sensei was a 3rd dan Judoka! These teachers know how to apply their bodies to maximum effect in tight techniques. Judo is one of the basic foundations for MMA.

If you think that your pure mind and body technique will help you in a real `street situation’ you are going to be sadly disappointed. You don’t have to believe me, just wait, whether you want it or not, trouble is never too far away in this day and age, just ask my father who has been teaching `”Traditional Aikido” since 1957. If you are a student of Ki Aikido don’t wait around for your assailant to fall down, he doesn’t know he is supposed to do that and please don’t tell your street opponent that Aiki is love, or when you wake up you will realize what a really stupid mistake you made.

Why is it that Aikido now attracts so many of the tree hugging types, Aikido to music and the bizarre example of Aikido movement demonstrated with multi colored ribbons. My father has said many times that he would never have studied most of the Aikido that he sees offered today. Aikido is a “martial” art and the is kicking and punching in Aikido.