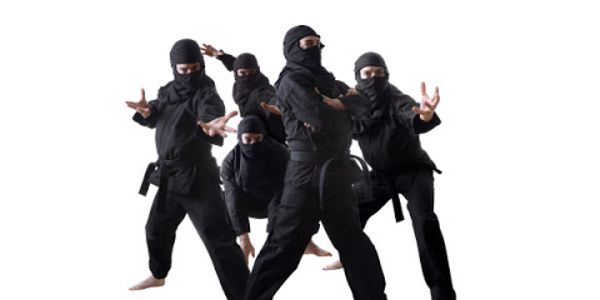 If you’ve never been exposed to the martial arts, the first thing you’ll probably notice when you walk into a martial-arts school for the first time is a bizarre series of rituals, mannerisms, and behaviors. The strange behavior and unfamiliar actions lend the school an exotic, otherworldly atmosphere — even if the classes are just being taught at the local Y or community college.

For eager explorers, this exotic quality can be very alluring – representing the promise of mysteries to be discovered, wisdom to be attained, and secrets to be learned. But that same quality can be off-putting, intimidating newcomers and making them feel like they’re in the presence of a cult or just plain don’t belong.

The level of formality varies from school to school. In some dojos, there is a prescribed code of behavior that covers everything from how you speak and dress to when and how to leave or enter the room. In others, the atmosphere might be so loose you might think you were just meeting to lift weights and eat pizza with a bunch of fraternity brothers.

Let’s look at some of the unusual things you might be asked to do if you join a kwoon or dojang:

1: Take off your shoes. Students at a vast majority of schools train in bare feet. Training in bare feet is considered beneficial for several reasons. Students learning complex pivots, kicks and footwork find it easier to feel the floor and keep their balance in bare feet, and instructors can more easily discern mistakes if they can see the shape of their students’ feet. For grapplers, street shoes can easily damage the expensive padded mats that cover the entire floor space. And once students move onto sparring, a hard street sole makes unintentional contact a lot more dangerous. (Some schools insist on their students training in street shoes, but that’s a topic for another article.)

2: Bowing and/or saluting. This is almost universal in schools that teach East Asian styles. Bowing shows respect, signifies comprehension to instructions and/or readiness for training, and initiates a formal, serious mindset that prepares you to train. Here are some instances where you might be expected to bow:

• When entering or exiting the school. This bow shows respect for the school in which you’re about to train, as well as the art you’re about to train and possibly, the founder who invented the art. Customarily, this bow is directed toward the front of the room, where various national flags, an organizational emblem and/or a picture of some (deceased) master of your art might be placed.

• When you see an instructor or senior student for the first time that day and before you are excused from class. This is a respectful way to greet your teacher. It is also a quick way to ensure that your teacher is aware of your presence in the school.

• When you are about to train with another student. This not only shows respect, but indicates to your partner that you are ready if he/she wants to initiate an attack for training purposes. Seeing a bow or salute returned is your cue to begin.

• When your teacher gives you a training tip or personalized advice. By bowing, you signify your gratitude and comprehension for her instruction.

• In many traditional grappling arts – aikido, some jujitsu, and some judo schools – each time you step onto the mat. While this is meant to show respect, it also makes everyone (including yourself) aware that you’re on a mat – where at any moment, a body might be thrown in your direction and you have to get out of the way.

In most schools that teach Chinese styles – also known as kwoons – students and instructors exchange a hand salute instead of bowing. The salute exchanged, often seen in period-piece kung fu movies, is a right fist covered by the left hand, thrust forward briefly – often with a slight nod of the head, and feet together. This salute has historical significance. When the Ming dynasty was overthrown in China, revolutionaries plotted to restore the Ming emperor. Such revolutionaries and sympathizers would exchange this salute as a way of recognizing each other as men of virtue. Because these revolutionaries almost always trained in the martial arts, exchanging the salute also became a custom in martial arts training halls.

3. Wear a uniform. This is very common in the vast majority of martial arts schools in North American and Europe. With grappling styles such as judo or jiujitsu, or throwing arts such as aikido, the use of a gi is understandable. Normal street clothes simply aren’t strong enough to withstand the rigors of grappling workouts; a grappling gi is much heavier and thicker than a normal gi (worn by karate and tae kwon do students) for this reason. As well, many grappling techniques are best learned by practicing on someone wearing a gi.

Arts such as karate and kung fu that require a uniform are just putting on airs. The fact is, in most striking arts, you’d be just as well off, functionally, in a T-shirt and some sweats. But the uniform provides an air of otherworldliness, gives the instructor something else to sell you and is a convenient way to signify rank. Instructors who tell you wearing a gi preserves tradition are misinformed or lying. What we think of as a gi was actually worn as underwear late 1800s Japan. Fighters would take off their nicer, outer garments to train, and what was left was the white cotton garment that just about everyone wore underneath, just as many guys in the United States wear a white undershirt and boxer shorts under their suits and ties. If a martial-arts instructor really wanted to preserve tradition as far as training apparel, he or she would make you train in your underwear as well.

4. Line up according to rank. Advanced students line up in the front of the class, where the instructor can see minor imperfections more clearly. Junior students, in the back, can see how their seniors are performing the same actions, thus learning by example. And when the instructor needs to section off the class – having advanced students work together on a specific technique or principle while the younger students practice the basics, it can be easily done.

It should be noted that this style of instruction is a relatively modern development. In the beginning, when learning the martial arts was more of a life-or-death matter, classes were more informal. Student would gather at the school at the appropriate time to train on their own, and the instructor would walk around at his leisure, offering advice, instruction or criticism as he saw fit. The instructor didn’t need to worry about whether the students were motivated or disciplined, because before he accepted a prospective student, that novice had to prove his discipline, motivation, and good character.

But as Asian countries became more Westernized, martial arts’ relevance lessened. The martial arts, to survive, began to market (for lack of a better word) themselves as a method of self-cultivation, not a way to kill or defeat others. The arts became a hobby and a pastime, but paradoxically, in order to get students to take their training seriously and practice with discipline, a military-style of instruction was introduced.

5. Use a specialized and/or foreign language. In more formal schools, seniors and instructors have honorifics. A teacher might be called sensei (teacher), sifu (literally, father in the art) or guro. Senior students might be called sempai or si-hing. Some schools eschew using Asian terms but still insist on addressing teachers as sir or ma’am. Still others have teachers that insist that you address them as “master” or “great grandmaster.” (In my opinion, by the way, any teacher that actually tells you to call him or her “master” or “grandmaster” is probably an idiot and should be avoided.) In such schools, it is also likely that you will need to learn a few Asian phrases. Most karate students, for instance, know the Japanese names for all their techniques and forms, and can also count and say “Thank you” in that language.

6. Meditation. Meditation means many things to many people, and most schools have students meditate for a minute or two before and/or after class. In the West, there are those that worry that this practice has religious connotations and that meditating is somehow a betrayal of their own faith. It is true that Taoist and Buddhist monks meditate in much the same way as martial artists do – remember that most martial artists can ultimately trace their style to some Buddhist or Taoist temple or monk. But meditating doesn’t have to be religious at all. Think of it merely as a way to take a few deep breaths, oxygenate and clean your blood, and clear your mind of outside distractions before beginning practice.

It’s important for a beginner to realize that what seems strange today will quickly become familiar and comforting as training progresses. Bowing to sensei will become as natural as saying, “good morning” to the guy who sells you your coffee every morning. Think of these mannerisms as the outward trappings of your martial arts style, sort of like your clothes. Sure, your garments are important, but what really counts is the person inside those clothes. Likewise, while bowing and donning a gi are important to your style, the real stuff will still be found in the benefits of training, the friends you will make in the school, and the satisfaction you will derive from your progress.

Al Dacascos’ LEGACY: Through the Eyes of the Warrior