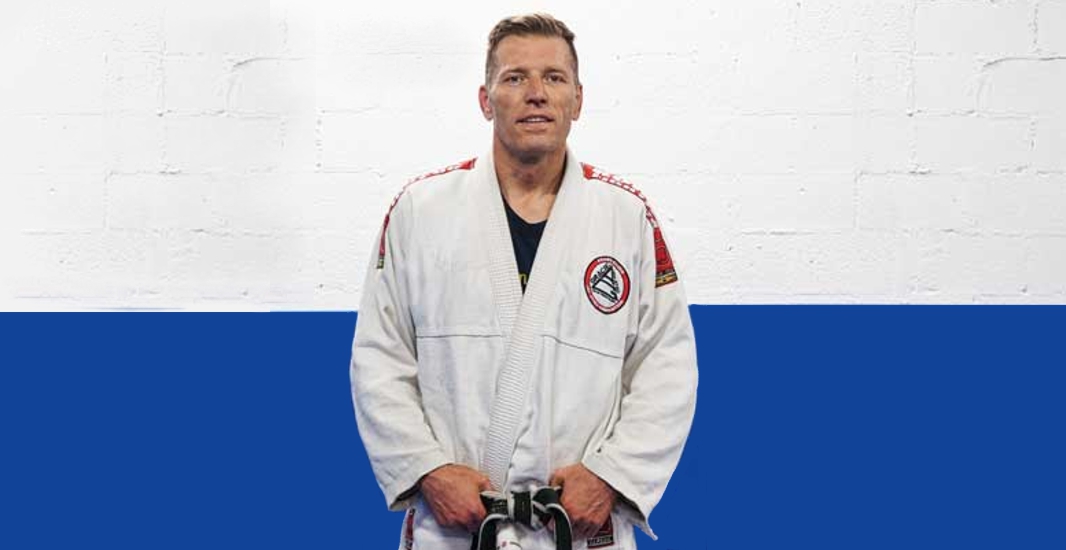 At age 7 Eddie Edmunds took his first Karate class. He wanted to take Karate because he watched his best friend Roy practice Karate in a dusty, hot tepee on an Indian reservation in Roosevelt, Utah. Training in a tepee appealed to him. He took one class and quit.

Seven years later, He took another Karate class in Logan, Utah. This time the karate instructor was a Kyokushinkai Black Belt named Del Griffith. Sensei Griffith studied karate in Hawaii and was one of Hawaii’s top Kyokushinkai’s Black Belts. And yet, he still didn’t have the temperament or patience to train consistently. He took one class and quit.

In 1985 he had matured and now truly desired to learn martial arts and he knew he still wanted to learn Karate. This time he contacted Del Griffith personally (his Dad had signed him up previously) and Del admitted Eddie to study again. According to Eddie, learning from Del Griffith was like having a personal coach and mentor in addition to a martial arts instructor. Del was encouraging, patient and a wonderful teacher. Much of Eddie’s teaching style has stemmed from Sensei Griffith’s example.

Eddie Edmunds also trained during this time in two other arts: Chung Shing Kung Fu and Yang Tai Chi. He learned Kung Fu from Sifu David Jones and Tai Chi from a gentleman he called Tiger, unable to recall his full name. Tiger was a Ph.D student at Utah State University in physics and when he completed his doctorate he moved back to Taiwan.

In that same category Eddie Edmunds would also include a noted Jiu Jitsu master named Pedro Sauer. Pedro moved to Utah in 1992 and began teaching in Provo and Salt Lake City. Dan Berry was the person who introduced Eddie to Professor Sauer. Pedro moved to Utah just as the Ultimate Fighting Championship and Royce Gracie rocked the martial arts world with Brazilian Jiu Jitsu and “submission” techniques. Professor Sauer left and indelible imprint within their community and throughout the world. Pedro is also known to be a fantastic teacher with the unique status of receiving a Black Belt under Rickson Gracie and the father of Gracie Jiu Jitsu, Professor Helio Gracie. Eddie  became a Brown Belt under Pedro Sauer and he loves Jiu Jitsu. And ironically, Jiu Jitsu has ushered in the new phase of martial arts called, No Hold Barred fighting (NHB.)

Eddie Edmunds continued to study under Dan Berry and Pedro Sauer and believe he’s receive some of the best instruction in the world. However, that doesn’t preclude him from still wanting to learn other arts and his focus is still to integrate techniques and approaches to his present knowledge to become a better martial artist and instructor.

Ultimately, the martial arts should help people be better people. Eddie Edmunds does not personally studying in preparation for fighting but to continue to better himself and others through his learning.

Eddie Edmunds’ brief biography is dedicated to his instructors. He pays sincerest respect and honor to Del Griffith, David Jones, Tiger, Dan Berry and Pedro Sauer and thanks them for sharing their arts with him.