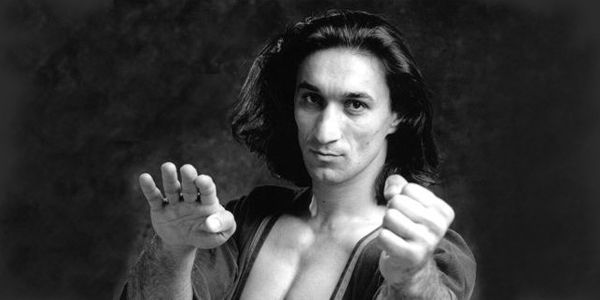 Emin began studying the martial arts to survive the mean streets of Germany. As a youth his Turkish heritage turned him into a target for racially bigoted bullies. Eventually Emin’s self defense became a lifestyle that evolved into a career.

Emin studied Wing Tsun from noted European Master Keith Kernspecht. After decades of studying the art Emin emerged as senior master practitioner of Wing Tsun and is today the official representative for Wing Tsun in the United States and Scandinavia.

Emin currently divides his time between America and Europe, training many elite Police and Military units, including the Hostage Rescue Team of the FBI and the 4th Recon Battalion of the United States Marine Corps. Emin is a 6th Level Practitioner in Wing Tsun making this master instructor the highest-ranking person teaching Wing Tsun in America.

Emin Boztepe believes that Wing Tsun is the ultimate self defense system and he views himself as a martial artist and not a “sportsman”. His creed is to avoid a conflict whenever possible however if confrontation is unavoidable then finish it quickly, expending as little energy as possible in the process.

Although Emin has trained in many different martial art disciplines, he currently bases his self-defense solely on Wing Tsun Kung Fu and Escrima.

“I only believe in using techniques that work as fast as possible and minimize injury to myself,” says Emin. “To be kind to your enemy is to be cruel to yourself. Why be gentle to someone who is trying to harm you or your loved ones?”