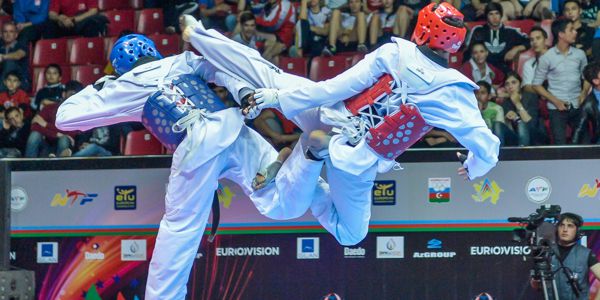 Montreux, May 7, 2016
The excitement is growing in Montreux, Switzerland, as the “Pearl of the Swiss Riviera” is getting ready to welcome the ETU European Taekwondo Championships Montreux 2016, from May 19 through May 22, 2016. Join us for this final cardinal event to be hosted on the Old Continent.

Just a few months prior to Rio Olympic Taekwondo Competition, a total of 387 Taekwondo fighters from 46 countries are set to compete in the 22nd edition of the European Championships 20th for the women’s category) to place themselves in the Pantheon of winning athletes, performing at top level.

In fact, for the first time in the history of the competition, the medal winners of the 1st WTF President’s Cup (held April 7-10, 2016 in Bonn, Germany), qualified directly to the ETU European Taekwondo Championships Montreux 2016, therefore earning each country the right to compete with more than one athlete in every category.

Some of the brightest stars in the world Taekwondo will attend the European Championships in Montreux, prepared to offer a great performances on the four courts of “Salle Omnisports du Pierrier”.

The Road to Rio passes through Montreux

The European Taekwondo Championships, held for the first time in Switzerland, will be under the spotlight, as 41 out 42 athletes of both men’s and women’s categories have earned the “golden” ticket for Rio 2016 Summer Olympics. Among them, the four (4) Gold medallists of London 2012, Jade Jones from Great Britain, Servet Tazegül from Turkey, Joel González from Spain and Milica Mandić from Serbia will also give their best performance, exploiting their dynamic talents before Rio 2016.

The official Press Conference is scheduled for Tuesday May 17, 2016 while the draw will be held the following day. The Championships will start on Thursday May 19 to be concluded on Sunday May 22. The Opening Ceremony, which will take place upon completion of the Finals on the first day, will also include exhibition matches by the WTF Demonstration Team.

The ETU European Taekwondo Championships Montreux 2016 is supported by the Swiss Olympic Association.

The MAU 2013: 20 Year Tribute to the Grandmasters in Action