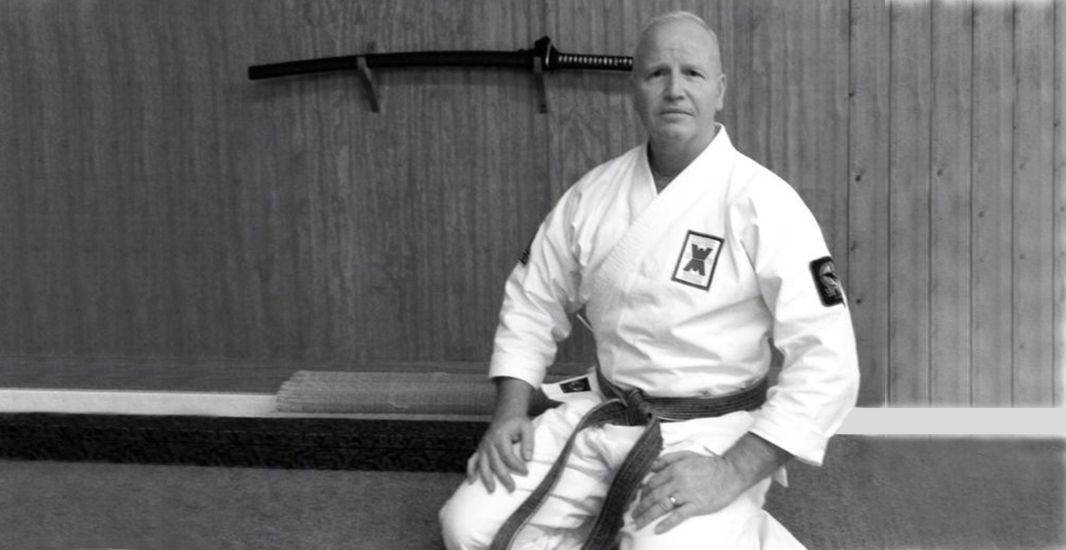 Jiki Shin Kore Dojo . . . Everywhere is the Dojo If the Mind is Right!

This is the concept that I was asked to evaluate and apply to some of my own life experiences. The idea that what you are taught in a dojo has overflow into every aspect of a student’s life is certainly not new to me. My parents pointed to my initial martial arts training at age nine as “the” turn around point in my life. The discipline, focus and sense of self-confidence I learned in a dojo have served me well over the years. The career paths I have chosen to follow were always influenced by my martial concepts of persistence and dedication. It is difficult to be a soldier and not be disciplined. It is even made more so when your job in the military involves exposure to many of the real horrors of warfare. As a flight surgeon some of the areas I have been operational at include Estonia, Bosnia, Kosovo, Iraq,

Afghanistan, and Hurricane Katrina. Many times the lessons of the dojo were in the background and I did not realize what this idea of having a “right mind” really meant as I have tried for months to relate to this concept . . . until I thought about my time spent in the mountains.

One of my real passions’ involves a discipline of medicine called wilderness medicine. A spin off of that experience is mountaineering. In climbing you have to first establish a respect for what you are doing. It has to be real to you and you have to understand the danger, the science, and the lore of mountaineering to truly experience it. My first alpine experience was during a rest and recreation period while on leave during the Bosnian War. My wife (Sherry) had flown over to Munich and we spent several wonderful weeks touring Germany, Italy, Austria, and Switzerland. One of the activities I had signed up for involved climbing the highest peak in Germany . . . the Zugspitze.

To say it was a challenge for two very novice climbers is an understatement. But we approached this alpine climb like so many other things, by completing the trek one step at a time. Sherry and I worked together with our guide to summit that big mountain, not unlike a Sensei teaching a determined student . . . we were going to get to the top of that peak with our guides help. We found that the more we relaxed and just enjoyed the experience the less daunting it became. The cobalt blue sky over southern Germany was a wondrous site. Thanks to the skill and relaxed manner of our guide we now include climbs on nearly every vacation we take. Chad influenced us in a very positive way because his mind was right and he taught us to climb because he loved the mountains and new what they cold offer.

That single introduction to alpine climbing has taken us on many challenging climbs since that first time. Interestingly the idea of having a “right mind” in climbing is the same as in martial arts . . . so much so, that climbing would lead me back to a reawakened enthusiasm for the martial arts which had secluded away and kept to myself for more then a decade. I never stopped training but I never really gave any deeper thought as to why I trained . . . why I climbed . . . why I serve . . . or do many of the things I do? Then it dawned on me. It was for the experience and the challenge. I did not do martial art anymore for self-defense or fitness. I did it for self-actualization and discovery. I did it because part of me connected with my deceased Father . . . in whose casket my first Black Belt remains to this day . . . I trained but my mind was not awake . . . it was not right and the mountain was able to rekindle that kind of passion.

My journey back to the martial arts and Aikido started in Slovenia in 2001, after that first climbing trip. I recall looking up at the southern end of the Austrian and Italian Alps wishing I could climb them, wishing I could feel that sense of self discovery, challenge, and joy one more time. I was doing a taekwondo work out and I remembered feeling “at peace” with myself for the first time in a long time . . . That is when I began training in Aikido again. There was a Slovenian interpreter who was an avid albeit beginner aikidoka and his passion for the art was contagious . . . previously I would have thought my taekwondo was strong enough. Certainly all I needed to defend myself but the mountains had awakened a spirit that I think had been a sleep since my father died . . . the mountain was a challenge . . aikido was a challenge . . martial art is a challenge and “my mind was right”. I realized how much I did not know about martial art and life. 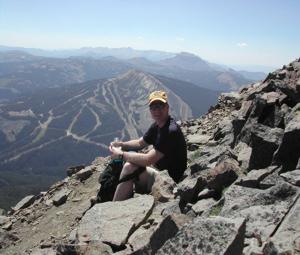 As a climber the sense of isolation, danger, and skill is awakening. I recall climbing in the cascades and thinking this is really just like martial arts. It is about stance, balance, posture, relaxation, and breathing, focus, determination and knowing the basics and doing them over and over again and again! Getting it right . . . the persistence needed to climb Mt. Shasta or Mt. Rainer is the same persistence I need for martial arts, for aikido, and for life. Taking it one step at a time, leaning forward, and never quitting are life lessons that don’t just apply to martial arts, alpine climbing, military or even medical school. They are the basics and just as in martial art training . . . the basics are the keys to success.

When you compete at tournament play you are focused on winning. You focus on difficult skills that are physically challenging to do properly . . . the basic skills are what those things stand upon and if your focus is too much on doing the flying kick and not enough on the stance or its execution then your mind is not right . . . the technique is not right . . . and the purpose for doing the kata will have been lost on you. If the mind is right everywhere is the dojo including on the side of a mountain at 14,000 feet.

It happened when you realize it’s not the summit . . . its not the belt . . . it is not even the skills you learn. It is the experience you share with yourself and other martial artists. The personal growth and development . . . the challenge and ultimately the idea that you are a martial artist and everything you have done in this lifetime has been influenced by the values taught . . . the awakening. I teach and my students teach . . . what I am doing is of value far beyond what I can realize. I don’t think Master Rhee really thought what he taught would influence a student the way it has influenced me . . . but it has . . . Now that I am the teacher I want to use that to understand that what I do or say can have effects I will never know about . . . having a “right mind” and realizing what an important example we set is an awakening for me . . . Jin Kore Nei Dojo indeed, . . . everywhere is the dojo if the mind is right!