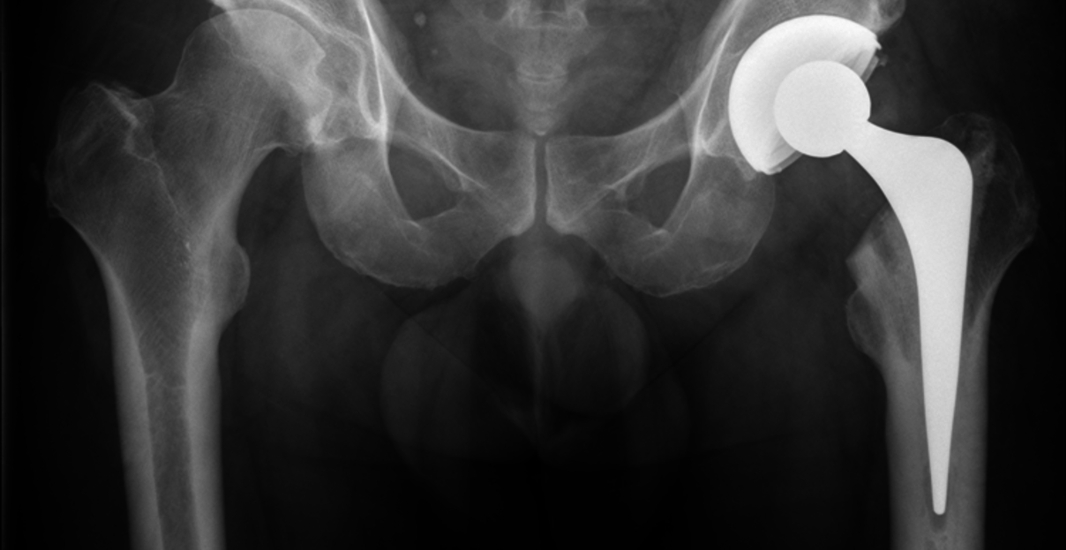 Anyone who doesn’t believe that a professional martial artist is in the same league with other high caliber athletics only has to look at the X-rays of their martial arts injuries to see the similarities.  A potpourri of martial arts injuries including broken bones, chipped teeth, shin splints and smashed toes are all too familiar trademarks of someone who has spent much of their life in pursuit of a career in the “gentle arts.”

In recent years several of the arts most famous names have had to undergo major surgeries to repair and replace aging joints and body parts that have been abused beyond their “warranty.”

Martial art legend Bill “Superfoot” Wallace and film star Chuck Norris have had hip replacements.  Bob Chaney, former World Champion competitor and coach of the United States Karate Team along and judo superstar Hayward Nisohiki have also had to deal with joint replacements.  Blinky Rodriguez is another fighting legend who has paid the price of glory due to injuries suffered in the ring and gym.  All of these living legends have been forced to square off with two adversaries even they could not defeat: Mother Nature and Father Time.

“Here’s what caused my problem,” Chaney says.  “In 1975 I was the coach of the U.S. karate team and was competing internationally.  I injured my hip; it felt like I’d torn something but the doctors couldn’t find anything.”

Although it was painful, Bob continued to work out, and in doing so he caused serious damage to his joints.  The body is great about sending the brain signals in the form of pain to let it know that a problem exists.  For example when a joint is inflamed the body sends enzymes to fight the infection, but if you continue to work out, the enzymes that was sent to fight the inflammation will begin feeding off the nutrition in the joint, causing the joint to dry up which will eventually cause an arthritic condition.

Living by the adage, “no pain no gain,” can often lead to serious, even permanent damage.  Like scores of other martial artists, Chaney has learned the hard way that this old school way of training is more foolish than macho.  If you don’t listen to Mother Nature when she tries to warn you of a pending injury, Father Time will have the last word.

“If you don’t give nature a chance to work you’ll do irreversible damage,” says Chaney.  “Like most athletes, I like to think I’m a tough guy and that I can work through the pain.  But that was a mistake.  If a dog injures a leg, he’s smart enough to walk on the other three, but sometimes we humans aren’t smart enough to heed nature’s pain warnings.  So when we have an injury, and fail to listen to what our body is telling us, we’ll pay a price downstream for that stubbornness and that’s what happened to me.”

Dr. Ed Wagner has worked with numerous high profile athletics and martial artists suffering from hip and joint problems.  For those who have had too undergo surgery, Dr. Wagner says some of these individuals often face an additional problem that may not have been apparent prior to the operation.

“After a hip replacement there is sometimes a leg-length discrepancy,” says Dr. Wagner.  “They may or may not have had this problem prior to their surgery.  The first thing is to determine if a lift must go into their shoe to counter what could be a massive imbalance driving into the hip.”

Although surgery is often required to correct these problems there are other options to consider before surrendering to the surgeon’s scalpel.  Dr. Ed Wagner is an expert in this field and he believes that individuals facing hip replacements and joint problems can vastly improve their health with certain Kung Fu exercises and proper body alignment.

“After I do a thorough examination and determine where the weakness in the muscles are, I will describe that to my Kung Fu instructor Rafy Anteby and he will create a Tai Chi exercise for them that will allow them to build their muscles naturally.”

“If someone is suffering from a hip problem, specifically hip replacement surgery I start them with chi gong,” says Anteby.  “Because (chi gong) will stimulate the chi, which according to Chinese medicine will deliver blood to the damaged organs which in turn will give the body nutrients for healing.”

Anteby will then take his patient to the next level: Thai Chi.  Using a technique called, aqua Thai Chi, or touching the water.  According to the kung fu master, using a swimming pool or the ocean in tandem with the proper exercises can do wonders for a damaged hip, and other injures.

“Water is very good,” says Anteby.  “To begin with, in water, there is no gravity to pull a person down.  Doing Tai Chi exercises in the water allows the joints to be exercised without putting any pressure on them.  The water allows the individual to work out, with light resistance, which will build muscles.”

Blinky Rodriques has put more fighters on the canvas than Picasso.  In the process of earning stardom in the world of traditional karate, kickboxing, Muay Thai and boxing, he has also racked up his share of injuries.

“Sometimes when the weather changes my leg aches so bad I can hardly walk,” says Rodriguez.  “During one of my fights in Japan, my knee popped out.  I had injured it in the gym before the fight and didn’t give it enough time to heal.  I threw a front kick at the guy and my knee just popped out.  After the round ended my brother-in-law- Arnold popped it back in and said, ‘I think you better knock him off fast cause that leg isn’t going to hold up much longer.’”

“I could barely stand,” Blinky recalled.  “I remember saying, ‘please don’t get up…please.’  “Fortunately he didn’t.”

In those days, the Japanese mob pretty much ran the fight game, and they wanted Blinky to stay in the country and fight their national champion 11 days later.

“I told them, ‘you’re crazy, look at my knee,’ Blinky said.  “But they wouldn’t take no for an answer and I wanted a crack at their best.  So they sent me to a Japanese hospital where they stuck a couple of big ol’ needles in my knee, draining it of blood and water.”

“My leg was never the same after that fight,” said Blinky.  “To this day I’ll get up limping as a result of what happened then.  “As much as I hate going to the doctor, someday I might have to have it taken care of.”

Blinky agreed with Chaney and others that many joint and hip related injuries are the direct result of years of traditional training, where the kick or punch is “snapped” into position, putting a great deal of stress on various joints.

Judo champion Hayward Nishioka has also recently joined the ranks of the walking wounded.  During a training session, his workout partner accidentally fell against Nishioka’s leg, severely damaging his knee in the process.

“Accidents in judo are very rare compared to most sports,” says Nishioka.  “If you are training in judo on a recreational level chances are, you will never be seriously injured.  However, injuries do begin to occur in judo when a person does it on a high competitive level.  This happens because of the intensity of the practice level and the amount of time spent perfecting a technique.  Then, when you do compete, the matches can be intense.”

Nishioka, like everyone else featured in the article says that frequently a person will continue training with a minor injury and in the process turn an “ouch” into a much more serious problem.

Fortunately for Nishioka, following surgery, his knee healed without incident and he continues to train and teach on a regular basis.

Alleviating Low Back Pain is the Goal

The Triage Process in the Dojo