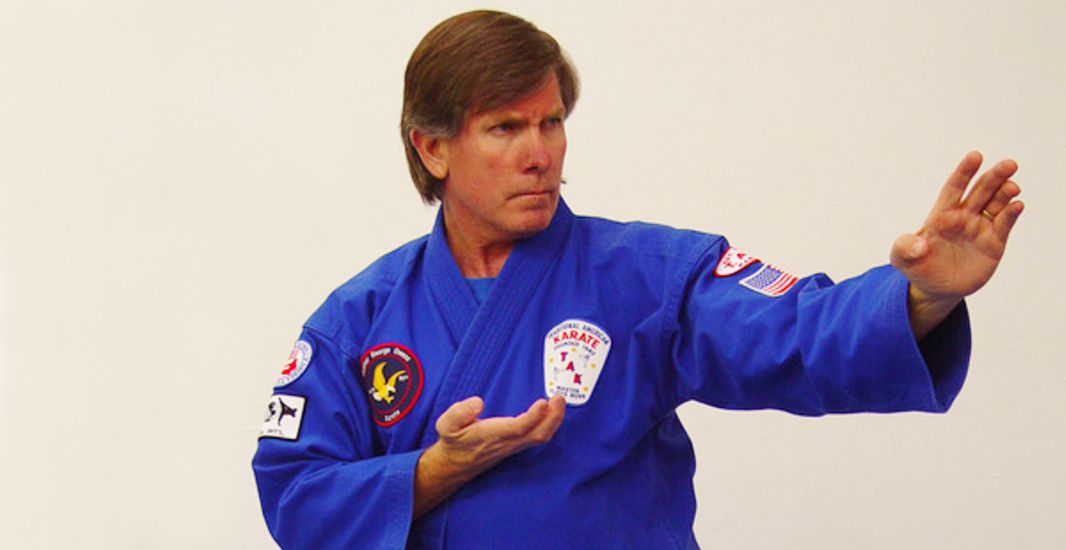 Floyd Burk began his martial arts training in 1970. This training, Japanese shito-ryu, was held in the den of his father’s attorney’s Riverside, California residence. Later Burk began training in American Karate and it took him until December of 1979 to earn his black belt. In 1980 he opened up his first karate school in Upland, California. Burk relocated his school to Norco, California the next year and established a school in Rancho Cucamonga, California in 1983. While Burk no longer has schools in these locales, karate programs are still operated there by students and/or students of students and other colleagues.

Floyd Burk and his wife Martha, moved to San Diego, California in 1991 where they launched two commercial schools, and two community service karate programs. These are four well established and flourishing entities which bring much pride to the Burk family who have worked hard at making them a success. Burk’s schools are called Trad Am Karate, a name which is short for Traditional American Karate (TAK), the system Burk founded back in the 1980’s. There are more than a dozen affiliate TAK programs throughout the United States.

Floyd Burk is also the co-founder of the Independent Karate Schools Of America (IKSA). The IKSA was established back in the early 1980s as an organization that represented independent martial artists who stood for honor, integrity, indomitable spirit and loyalty. These pillars still exist today and the organization is thriving under the leadership of Burk’s closest “friends of the arts.” Floyd Burk is also a successful photo-journalist who writes exclusively for Black Belt Magazine. Burk, an avid martial arts researcher, writes a monthly column for Black Belt called the “State Of Taekwondo” and has written several dozen feature articles over the years.

For the past 20 years Floyd Burk has been training under Grandmaster George W. Owens of Russellville, Arkansas who teaches his own system known as Honto-ryu karate. Honto-ryu is a system that utilizes karate’s hand and foot techniques, aikijujutsu’s limb and joint manipulations plus pressure-point attacks and defenses. Included in this combat system is an emphasis on the training, research and analysis of traditional Okinawan and Japanese kata.

Sensei Burk is also a Contributing Editor for Black Belt Magazine and has authored more than 100 columns, 20 Hall Of Fame induction pieces, dozens of BB Times clips, and another 150+ feature articles for the publication.

The Burk’s have a son Jeremy Burk (married to Jennifer) and are the proud grandparents of two girls, Ali and Paige.

For more information about Floyd Burke and Trad Am Karate visit their listing on the Martial Arts Schools and Businesses Directory by clicking on the image on the left.