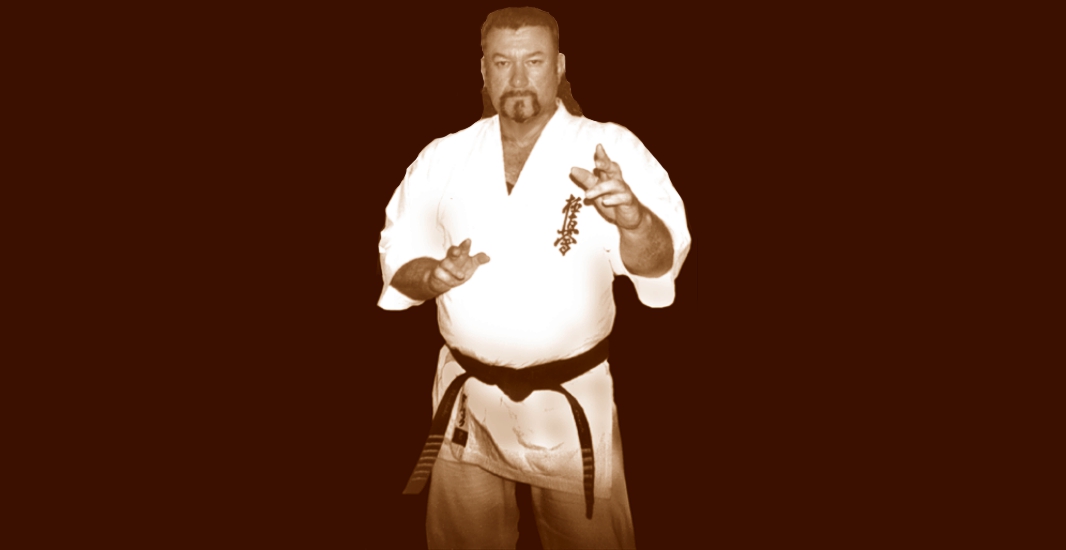 Frederick S. Buck, is known simply as Fred Buck. His early martial arts training was varied and extensive. He worked night club security, as a body guard, and as a manager and a second for kickboxing.

Fred Buck studied boxing with his step father George A. Cabano and a had an amateur record in the Navy of 3 wins & 0 losses, He studied Ju-Jitsu with Rick Wetzel, Kosho-shorei Kenpo with Bruce Juchnik, Shorin Ryu with Mike Bragg, American Kenpo with Bob Liles, Dave Kovar and Al Tracy (who promoted Fred to 5th Degree Black Belt), Tae Kwon Do with Alex Camillo (who promoted Fred to 3rd Degree Black Belt), Kyokushinkai with his father Hanshi Don Buck (9th Dan American Kyokushin Karate Organization) and Aiki-Jujitsu and Judo with Professor Raymond (Duke) Moore who promoted him to 7th Dan.

Sensei Fred Buck has been in the martial arts for over 50 years and currently operates 6 schools in the Sacramento area, (BUCK’s SCHOOLS of the TIGER) Tai-Chi Kung-Fu, Karate, and Jujitsu.

Fred is interested in all aspects of the martial arts, sports, self-defense, art, and health. His main goal is to carry on the AKKO the way that he believes his father would. He focuses his time doing seminars around the world to carry on what his father, Don Buck, Duke Moore and Le Tian taught him. He also spends his time judging and refereeing tournaments.