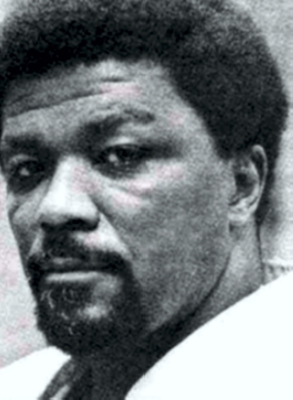 Fred Hamilton was born in 1925. He began his Karate-do training in Japan in the 1940’s. From 1968-1973 Master Hamilton used karate in conjunction with Operation Helping Hand, a program for inner city youth which produced major results, keeping thousands of kids (and adults) off the crime riddled streets of Harlem. He extended his efforts by lending his hand in many prison and college and University programs providing extensive information, knowledge and demonstrations.

In the year 1975 Master Fred Hamilton hosted the first BARE-KNUCKLE full-contact professional karate tournament in the country. Along with this, Fred Hamilton was also the first promoter to allow women to fully participate in all categories of martial arts competition.

It is a wonderful thing to “know” who your instructor was. Growing up in Harlem (New York) was a task/survival in the 60’s, in those times training was raw, oftentimes bordering on brutality. Sparring was a thing (like everything in our dojo) that was taken and given seriously. Periodically you would dish-out a whippin and sometimes you would take a whippin but we all went home as friends and family. I am truly honored and grateful to have been graced with his martial as well as everyday life teachings and nurturing’s. What I have however, is very very, very first hand memories of Grandmaster Fred Hamilton,” says Raymond McRinna, Shihan.

Master Fred Hamilton passed away in 1986.