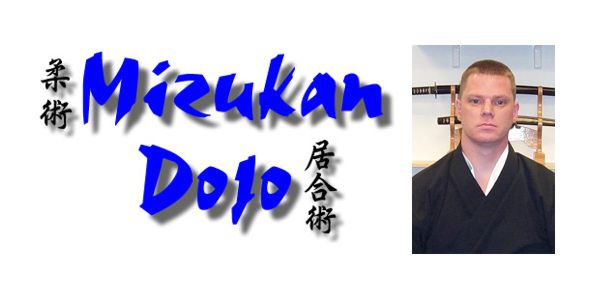 After reviewing an article I had previously written (“What Does a Black Belt Mean?”), one of my seniors in the SMAA that I highly respect posed several very thought provoking questions. The following article is my attempt to address these questions, and possibly provide some measure of insight to others.]

Will simply training the body through repetitive throws and pins also train the mind to be immovable under pressure? Will simply engaging in hard physical exercises develop our characters? What separates budo training for serious athletic training, and how does it differ from mere sport?

On the surface these seem like very simply questions, but in fact they are not. The answer to the first question is “Yes,” and “No.” Hard physical training is imperative for the development of the proper psychological and spiritual mindset, BUT this hard physical training requires that it be framed and engaged in with the correct attitude, intensity, and objectives for and by both tori (“the person performing a technique”) and uke (“the person receiving the technique”).

The attitude and intensity needs to contain “combat integrity,” riai. Attacks should be strong and have a focused intent. If tori does not sufficiently evade an attack, he or she should feel the error by being struck.

Uke should not overly cooperate with tori (nor should uke overly resist . . . at least not in all situations). Uke should require tori to apply or execute effective techniques, causing uke to fall. Uke should not anticipate a technique and throw himself. (This can have a damaging result if uke anticipates the wrong technique.) Some other methods of training the mind and developing combat integrity are:

The presence of combat integrity develops fudoshin, or “immovable mind.” Fudoshin is one of the major tenets of budo and refers to a state of mind that is impenetrable and immovable. In this case, immovable requires some explanation since it is being used in a Japanese philosophical context and therefore has a more elevated meaning than we would normally expect or associate in English.

Fudoshin does not indicate a state of mind that is inflexible, but rather, it points to a condition that is not easily upset by internal thoughts or external factors. “This mind that remains unruffled and calm is imperturbable, unattached and unfettered mind… It is the ultimate mind of mastery, achievable only through rigorous training, and equally rigorous soul-searching and spirit forging (seishin tanren, in Japanese) through the confrontation and overcoming of our own fears and weaknesses” (Fabian).

Fudoshin is directly related to another Japanese concept known as zanshin, or “continuing mind.” Zanshin refers to a state of constant and continuous awareness or alertness. Zanshin applies to your awareness of the world around you. You notice the people around you how they stand, how they carry themselves, what is in their eyes because you need to be prepared to interact with them. You are present in the moment. Much of the reigi, or “methods of respect” in budo, particularly bowing (standing and seated) and other forms of etiquette are design with zanshin in mind.

In a martial context, immovable and continuing refers to a state of mental readiness where one’s mind is not affixed on any one thing. Since the mind is receptive and aware, yet not consciously fixated on any particular thing, there are no mental weak spots or suki (“gaps”). Japanese spiritual concepts can be a bit mind bending and are usually connected and part of many other concepts, so I will explain in more detail.

If I have three objects in front of me and focus my attention on only one, my concentration has been diverted from the other two. And, therefore, as far as the other two objects are concerned, I have created a suki, or an absence of focus. If either of those two objects were attackers, I would be left completely vulnerable. Now, if you were to say, okay all we have to do is focus on all of them, you would be partially correct. Yet, as with anything Japanese, it is never that cut and dried. The tricky part is that we must focus on all of them without focusing on any one of them. This is sometimes termed mushin, or “no mind.” This concept, which is the underpinning of fudoshin, is often difficult for Westerners to grasp. No mind refers to a focus that is more intuitive than conscious. That means that we are trusting our instincts rather than engaging in a conscious thought process. Westerners might call it “being in the zone.” Japanese might call it being in the moment.

In budo, building this state of intuitive trust and inner maturity requires many years of practice (keiko), in some cases the practice of meditative breathing exercises (kokyu ho) and austere physical/spiritual discipline (shugyo). All of these elements, which are part of budo, slowly turn the mind away from the nagging and internal mental dialogue (over analyzing and justification) and begin to allow the mind to trust its intuitive signals or higher self. In mushin, the mind is not easily perturbed or over reactive. It is fudo (“immovable”) and no suki (“gaps”) or breaks in focus are created. This state is very evident when watching an experienced budoka perform kata. Although totally absorbed in the form, they are not operating from a conscious thought process. The kata has been practiced thousands of times, and the practitioner has developed a natural trust in his or her ability. There is, in a sense, nothing to think about. Perhaps it’s a bit like the Nike slogan: “Just Do It.”

In summary, the mind, not being affixed to any one thing, is strong, attentive and receptive to all things. Fudoshin is certainly not solely reserved for the martial arts. On the contrary, this intuitive trust and calm can be used prior to and during an important meeting, interview, test, or any time a calm and heightened focus is required. With consistent and disciplined practice, fudoshin can become a natural, comfortable, and productive state of mind.

About the Author: Brett Denison Sensei is a sandan in the SMAA goshin-jutsu division, with a long-term interest in systems of Japanese jujutsu. His interests also include the study of Japanese language and Japanese art. An avid student of shodo, or Japanese calligraphy, he is a member of the Kampo Ryu, a well-known shodo school based in Japan. Denison Sensei himself is based in Colorado, and he’s a frequent contributor to the SMAA Newsletter.