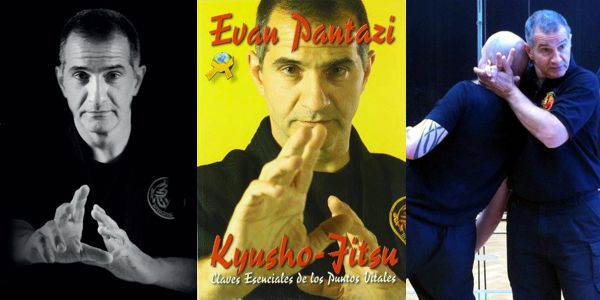 The Kyusho Studies of Evan Pantazi

In 1980 Evan Pantazi began his health studies with Chi Gong therapy methods and he received certification as a Chi Gong Therapist in 1984. His other studies included Shiatsu, Tui Na (also Certified as a Therapist) and briefly Acupuncture. Combining this with martial arts yielded a system of Health and Wellness with more immediacy than prior training and studies did. This came about because of the necessity to provide immediate revival and restorative measures to participants during martial arts training.

The Kyusho (Vital Point) studies of Evan Pantazi evolved into a deeper study of the human anatomy and condition which included associations with Medical Doctors and Universities. The system developed through this process has been proven on thousands of individuals in over 30 Countries around the world as Evan Pantazi is invited to travel and teach training seminars throughout the world.

Evan Pantazi began his Martial Arts training with the study of Judo in 1975, and this spurred his interest in the Arts which grew steadily through the years. In that same year he was introduced to Wing Chun which added the entering, sensitivity and striking that he had not found in Judo. A real street incident made Evan Pantazi seek more than the technical arts. Evan Pantazi wanted a less regimented, more natural method for protection and found what Evan Pantazi was looking for in Kenpo. Kenpo training increased his coordination and stamina and he began the study of Wu Shu which ended after only a few years as he sought out the softer styles of Tai Chi, Ba Qua, Jujitsu, Aikido and finally Evan Pantazi moved into the healing arts of Tui Na, and Chi Gong. Evan Pantazi began working with military, law enforcement and emergency personnel, teaching Pressure Point Control or Incapacitation for situational needs.