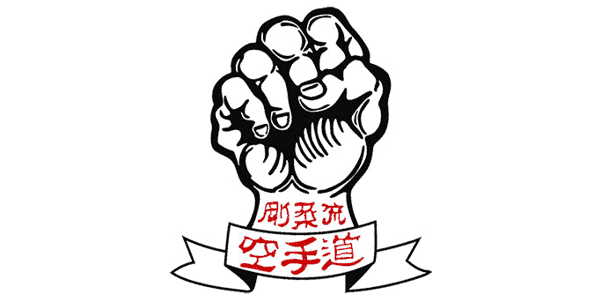 Goju-ryu is well known as a hard/soft style of karate. Founded in the 1920s by Chojun Miyagi, the system blends the hard linear Okinawan style of naha-te with the soft circular movements of Chinese pa-kua chang.

In both philosophy and practice Goju ryu attempts to harmonize the hard and soft. Some techniques are hard and depend on power and bone-crushing strength. Other techniques are soft and rely on speed, flexibility and deflecting movements.

“The average person on the street can understand a hard block,” he explains. “It uses force against force. It’s linear and is designed to hurt the attacker while stopping his blow. And closed-fist blocks are less likely to expose be- ginners to hand injuries in sparring practice.”

Soft blocks, on the other hand, are better for more advanced students. The concept behind soft blocks is more diffi- cult for most people to grasp. These blocks are circular and redirect or neutralize a blow. Soft blocks require more body shifting and evasive movement than hard blocks do.

Body movement is important in understanding the two types of Goju-ryu blocks. Picture a horizontal and a vertical line crossing each other at their midpoints to form right angles. Like the four points of a compass, this design represents the four directions of movement that beginners learn to use. They can move forward, backward or side to side. Hard blocks are performed in any of these directions.

For proper execution, soft blocks require more skill and focus than hard blocks do. They are performed with very fast, snapping movements and are popular with advanced students for sparring. Soft blocks require less energy and often appear weak – at least to the uninitiated. However, as many people painfully discover, these seemingly soft slaps are very powerful.

In Goju-ryu, attacks and defense become one as soft blocks blend smoothly into hard counterattacks. Practitioners don’t lock themselves into absolute or narrow interpretations of how their techniques should be used in combat. For advanced practitioners, blocks can be used as strikes and strikes can be used as blocks. When students grasp this concept, their arsenal of techniques doubles. They discover that the apparent opposites of hard and soft, blocks and strikes, and attack and defense are really two sides of the same coin.

For instance, the age uke is a hard rising upward block commonly used against a thrust to the face. The block is made with the boney edge of the forearm and is designed to hurt the attacker’s striking arm. The age uke can also be applied as a rising forearm smash to an attacker’s face. If the block can damage an attacker’s arm, imagine its effect when it strikes his face.

Similarly, the palm heel is often used in sweeping downward and outward to deflect a front kick. The “soft” palm heel is very effective in slapping away the “hard” incoming kick. At the same time it provides a stinging, penetrating blow. Imagine the effect of this block when delivered to a vulnerable target, such as the groin.

Strikes are very effective as blocks. In Goju-ryu, strikes can stop an attack before it happens. For example, an attacker’s punch can be deflected by hitting his arm with a backfist strike.

Kicks can be stopped by strikes if the defender has quick reflexes. When the attacker lifts his leg to chamber a kick, the defender must make his move. A reverse punch to the inner thigh will stop most attackers from completing their kick. An even more potent defense would be to drive a knee strike into the attacker’s inner thigh – an extremely sensitive area.

Goju-ryu, like many martial arts systems, encourages thinking. Think about what your techniques are designed to do. Then think some more. The application of techniques is limited only by your knowledge and experience.