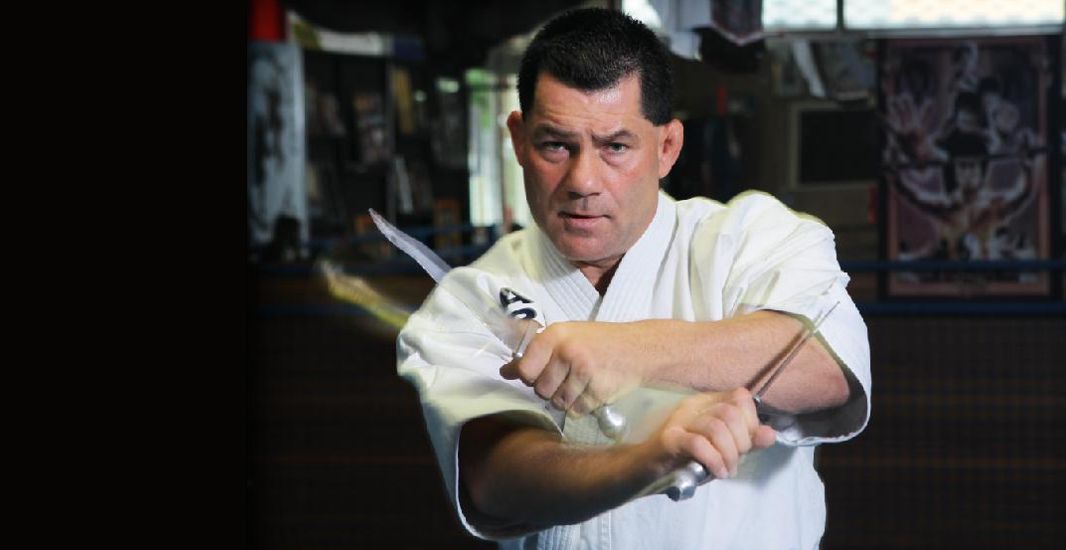 Between Friday March 13 and Sunday March 15, 2009, Grand Master Vincent Palumbo (G.M.V.) took time out from his busy schedule at the full time International Combative Martial Arts Academy in the city of Adelaide, (where he’s also training the Australian Full Contact Stickfighting Team for the upcoming World Championships to be held in the Philippine’s) and conducted a workshop in Tasmania.

Thanks to the Tasmania branch head instructor Sensei Richard Schultz, it was a very well organised event which was both fun and educational for all those students who attended. During the three day event all the participants received over 10 hours of intensive instruction in both Cacoy Doce Pares Eskrima and also the Cacoy Filipino Pangamot Jiu Jitsu.

On the Friday evening G.M.V. conducted an intense two hour grading in Cacoy Doce Pares Eskrima which culminated in a number of the students being promoted to the next level at the Tasmanian club.

On the Saturday G.M.V. conducted two 2 hour sessions in the Cacoy Pangamot Filipino Jiu Jitsu, and there were lots of ooing and aahing with plenty of tapping on the on the mat.

The training included takedowns, positional control techniques while on the ground, joint locks, chokes and GMV’s incredible pressure point techniques that are quite useful to an opponent to stop moving all around.

Whilst all those present finished the day tired and slightly stiff, the students learnt a great deal about this effective Filipino Jiu Jitsu system designed by Supreme Grand Master Cacoy Canete of the Philippines.

GMV went on to tell us what his instructor told him when he was learning this street effective martial art, “These skills may not make you a World Champion in Jiu Jitsu, but they will help you if you find yourself on the ground in a real fight out there on the street, because having some jiu jitsu/grappling knowledge is a lot better than knowing absolutely nothing, especially when you are down there in a real street fight!”

On the Sunday, following a brief well humoured comparison of bruises (badges of Honour) and battle scars received from the day before, the club commenced another two 2 hour training sessions.

Grand Master Vince also started to introduce the students to the syllabus for the second class brown belt of the Cacoy Doce Pares Eskrima.(Topics covered where strikes, blocks, disarms, patterns and sparring drills!)

The Filipino Martial Arts seminar/workshop was a great success, and all the members there at the Tasmania Cacoy Doce Pares Eskrima club wish to thank Grand Master Vince for once again visiting Tasmania and also presenting the workshop. We all look forward to his next visit.

Anyone in Tasmania who is interested in becoming involved in the Cacoy Doce Pares Eskrima please call Sensei Richard Schultz on 0409914414 or email on sensei@skb.net.au.

Don’t let this 11-year-old Throw You