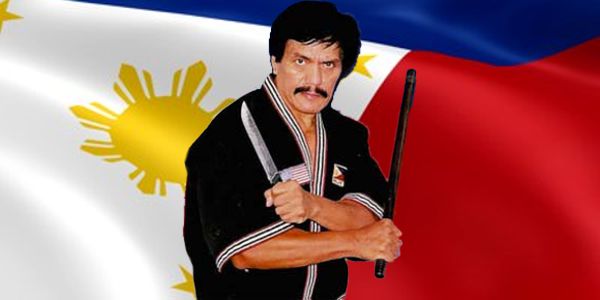 Grandmaster Roland Dantes was born on June 15, 1940 in the Philippines.

Roland Dantes was an actor, a champion bodybuilder and Filipino martial artist who trained with Remy Presas for over 30 years. He also trained with other masters, such as Cacoy Canete and Edgar Sulite.

As a bodybuilder, Dantes won the “Mr. Philippines” title five times between 1969–1980 and he placed in competitions for the titles of “Mr. Universe” and “Mr. World”.

Roland Dantes worked as a police officer for several years before becoming a well-known Philippine actor. He had leading roles in films including The Pacific Connection (1974) and Sticks Of Death (1986) and Angelfist (1993).

In addition, Dantes, a bodybuilder, won “Mr. Philippines” five times between 1969 – 1980 and placed in competitions for the titles “Mr. Universe” and “Mr. World”.

Modern Arnis Grandmaster and Filipino martial artist Roland Dantes passed away on March 16, 2009 at 1:52 am (Philippine time) of heart failure in Phil Heart Center in Quezon City, Metro Manila, Luzon, Philippines. Our thoughts and prayers are with his family. He was a kind and generous man and he will be greatly missed.

Art Gonzalez Has Passed Away

USAdojo - July 7, 2018
We use cookies to ensure that we give you the best experience on our website. If you continue to use this site we will assume that you are happy with it.OkRead more