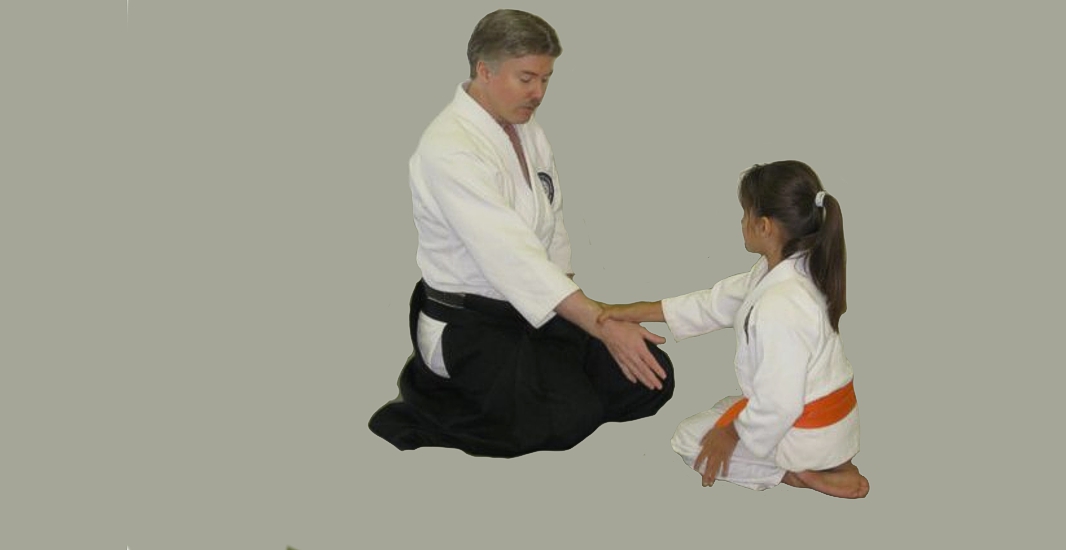 H. E. Davey Sensei’s involvement in Japanese cultural arts started during his childhood. He began studying the martial art of aiki-jujutsu at the age of five under his late father, who had trained in Japan and the USA, and who held instructor certification from more than one Japanese martial arts association. In elementary school, Davey Sensei began to practice judo, and later, aikido. Mr. Davey has also studied the martial arts extensively in both the U.S. and Japan.

Mr. H. E. Davey is a Division Director of the SMAA Traditional Jujutsu Division. His current SMAA title/rank is jujutsu Shihan/7th dan. Davey Sensei is also the highest ranking American in the Kokusai Budoin’s Nihon Jujutsu and Kobudo Divisions. He has received the traditional title/rank of Kyoshi from the Kokusai Budoin, a worldwide martial arts federation that is sponsored by Japan’s Imperial Family. (Kokusai Budoin defines Kyoshi as the equivalent of a “Master’s Certificate” and states that it is equal to modern ranks of sixth- to eighth-degree black belt.)

Moreover, H. E. Davey Sensei has received extensive instruction in Shin-Shin-Toitsu-Do, a unique form of Japanese yoga founded by Nakamura Tempu Sensei in 1919. He has practiced directly under three of Nakamura Sensei’s senior disciples and is currently the sole American member of the Tempu Society, an organization founded by the late Nakamura Tempu Sensei. His training in Shin-Shin-Toitsu-Do, or “The Way of Mind and Body Unification,” has taken place in both Japan and the United States.

Mr. H. E. Davey has also received comprehensive instruction in Nakamura Sensei’s methods of healing with Ki (Life Energy) and bodywork, which he teaches as well. Davey Sensei’s emphasis is on yuki, or the “transference of Ki,” as a way of aiding recovery from illness or injury. 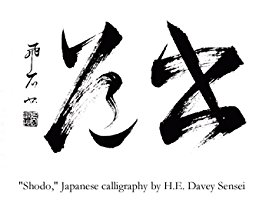 H. E. Davey Sensei has studied shodo, or traditional Japanese brush writing and ink painting, directly under Kobara Ranseki Sensei of Kyoto. Kobara Sensei, the present Shihan (Headmaster) of the Ranseki Ryu system of shodo, is also the Vice President of the Kokusai Shodo Bunka Koryu Kyokai, an international shodo association headquartered in Urayasu, Japan. Mr. Davey holds the highest possible rank in Ranseki Ryu and exhibits his artwork annually in Japan. He has received numerous awards in these international exhibitions, including Jun Taisho, or the “Associate Grand Prize.”

H. E. Davey Sensei’s articles on Japanese cultural arts, and his Japanese calligraphic art, have appeared in such magazines as Karate Kung-Fu Illustrated, Furyu–The Budo Journal of Classical Japanese Martial Arts and Culture, The Journal of Asian Martial Arts, Body Mind Spirit, and Yoga Journal. His artwork and writings have been printed in Japanese publications such as Hokubei Mainichi, Nichibei Times, and Gendo. He is also the author of Unlocking the Secrets of Aiki-jujutsu (Masters Press) and Brush Meditation: A Japanese Way to Mind & Body Harmony (Stone Bridge Press).

To contact H. E. Davey and the Sennin Foundation Center For Japanese Cultural Arts visit their listing on the Martial Arts Schools and Businesses Directory by clicking on the image on the left.

USAdojo - August 9, 2011
We use cookies to ensure that we give you the best experience on our website. If you continue to use this site we will assume that you are happy with it.OkRead more