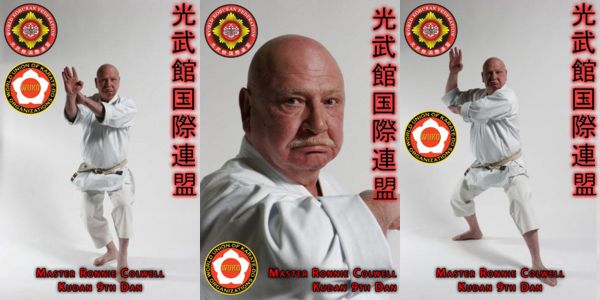 The origins of Jyu-Jutsu are lost in the mist of time, but certainly stretch over two thousand years ago, the book of ancient matters makes many references to Jyu-Jutsu as being practiced and used by the Bugi ( fighting men) Indeed it was an integral part of Bu-Jutsu training that a Bushi would spend his life studying. Over the century’s Jyu-Jutsu has been referred to by many different names, and even today this is not unknown.

Jyu-Jutsu was developed, and tried and tested on the battlefield, stratagem and technique that failed where soon dismissed, there was no room for the esoteric, this practice was for practical use against other men who had also spent there entire lives in preparation for the day of death.

Bu-Jutsu training was tightly guarded by the warrior clans, and its higher training only given orally, this in an age where stealth spying was sophisticated. Horsemanship, Archery, where the preferred fighting position of the old Bushi and though they would use many weapons it was the sword that held the spirit of the Bushi, so powerful was the sword that all other Jutsu employed its stratagems and one can see its influence even today in the “ DO “ forms. Japan in the “age of war “would see the Jyu-Jutsu of Bu-Jutsu reach its zenith after centuries of consistent warfare and constant preparation for war by the clans.

After the pacification of Japan by the Tokugawa Shoguns, Japan entered a period of peace and there was no longer the need to have army’s of Samurai in constant training and preparedness, the social structure of Japan would also change “a place for everyone and everyone in there place” as the Tokugawa structured Japan on Confucianism. A period of time that would last for 264 years, reformed Bushido a mixture of Zen and Confucianism first appears at the beginning of the Tokugawa Shogunate, this would have a profound effect upon Bu-Jutsu.

The true development of Jyu-Jutsu lay in the struggles of countless men whom history does not record for a variety of reasons, but it does record that there where many hundreds of Systems of Jyu-Jutsu, some died out or faded away with time who will ever know the true reason, however many Systems did survive and each of them will have there own view of history. Today there is claim and counter claim as to who is the legitimate hair to this or that Ryu and complicated by the practice of resurrecting long dead Schools and the “ HA “ the great strength of our beloved Jyu-Jutsu is its ability to adapt and become relevant to the age its finds itself in. Jyu-Jutsu is an all embracing combat method that as given to the world the fundamentals to now world renowned combat, defensive, and sport systems.

Jyu-Jutsu in its “old flow” form has between three and five levels, but most have three being Shoden, Chuden and Okuden most practitioners practice either Shoden or Chuden level and base the recent Kyu Dan grading system around them and these systems can be excellent systems and in today’s world an amalgam of systems are attached this is fine, and the outcome can be an truly worth system. But for those who are privileged through tireless practise in all its dimensions and to receive instruction at the Okuden level that the wonder of over two thousand years of input of the unknown thousands of Adepts can be marvelled at it is a truth to say that practice at the Okuden level can be harsh and is far removed from either Shoden or Chuden level practise. Since Jyu-Jutsu left Japan officially in the late 1800s it is fair to say that no corner of the world as remained untouched by it, many now great systems have developed from it around the world including the famous Kadoka Judo. While the world enjoys the development of these excellent systems one cannot be blind to the fact that for excellent to exist poor systems must also exist and it is a sad fact that there are systems in our world with thousands of loyal followers who are advocating what can only best described as mental masturbation. The quality of a school should not be judged by how many adherent they have alone.

There are certain laws that are immutable that said we must take our Jyu-Jutsu with us into the future and ensure that we do not strangle it by confining it to the past if allowed to it will evolve and stay relevant to this 21st century and the century’s to come. It is noticeable that some great masters both dead and living have followers who raise them to a godlike status and these followers are encouraged to be more fervent, this is best explained by Sensei Yukiyoshi Takamura of the Takamura Ha Shindo Yoshin Ryu who said that it is easier for men to follow gods than men.

The History of Aikido and the Origins of Aiki Ju-jutsu

The Origins of Martial Arts in the UK