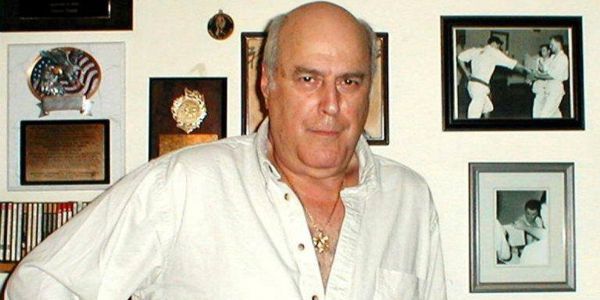 How Does One Develop One’s Own System or Style? This is not a confusing issue. It does, however, entail certain ideas and responsibilities that the majority of heads of schools generally do not understand. It does not simply suggest that anyone who thinks they have practiced for a period of time is capable, nor qualified to create their own “style.” After all, what is a style?

Style is a very personalized approach to a specific set of expressions in any given art form. It does not mean that because you have developed certain movements that you are the creator of a “style” It involves thorough investigation of the ideas presented to you by previous teachers and masters that enable you to propel the art to the next level of functionality and respectability. The art, not you. In most cases, neophytes, regardless of supposed rank tend to think that if they change a particular move or two or sixteen they have created a style. In any event if you take what you have learned and proceed to call it by a different name while honoring your predecessors you are only creating a school with your name and not necessarily an actual style or system. As well, it is not enough to theorize on how things should be done but rather they must be field tested in reality. The creative aspect involves much soul-searching and the constant examination of your motives. It is not an ego trip and in no way is indicative of self-aggrandizement. In finality, there is no such thing as a “style” but rather an extension of functionality through intention.

Here is how Dojo no Hebi – School of the Snake came to be. After considerable searching for a sensei in the New York area when I returned from the USAF where I was an instructor, I found no one who was truly capable of teaching karate to a more than perfunctorial level. What followed in my quest was a constant meeting with other well-known sensei who had the same situation. There were variations of Shotokan, Ishinryu, Moo Duk Kwan, Kung Fu, etc. There was no such thing as Tae Kwon Do. What we practiced was called karate. We did not think in terms of martial arts. But no one was capable of taking the “art” to the next step. The only way we could determine if something was workable was to actually “throw down” with each other. Now this is an acknowledged and verifiable fact. As well, there was no one who could extend their own selflessness by being able to examine with quality introspection the value of what they were teaching. The only way to do it was with actual contests. We called them “pick-up” fights and lots of people got hurt and did damage to others as well. Mostly everyone saw kata practice as being totally ineffective. There was other no reason for karate with the exception of throwing punches and kicks.

I soon realized that there had to be more to it than simple physicality. I won’t belabor the reader with the trials and tribulations that accompanied my personal search but, after careful examination of the kata that were available to me through study and practice I determined that though they may have been functional in certain circumstances, they were archaic and did not enable a practitioner to develop in a modern context which in no way is meant to denigrate the traditions from where they came from. Self-defense aspects were never an issue because movements from kata were very hardly ever used in real confrontations. In confrontations, judo, ju-jitsu, military hand-to-hand, and basic street fighting techniques was used. As well, we didn’t study “jo” or “bo” but we did know, from our experiences how to use a “stick” or a “bat” or a garbage can cover. We also knew about nunchuks but they were quickly made illegal to carry. Those that tried to use kata moves were usually knocked on their ass. Then, of course, Hollywood got into it and completely destroyed the budo mentality.

At the time of my searching I had no idea that I was developing a system or a style. I was trying to free myself from the restrictions that encompassed my sense of self with regards to karate. That it did develop is evidenced in the manner in which I live the life I do. It is the primary reason I was able to interpret Musashi’s Book of Five Rings to the extent that anyone can understand it regardless of his or her profession.

Having now been in the martial arts for many years, I find that I still have things to learn but certainly not in the same context that most younger students do, age and experience notwithstanding, and it is what I have devoted my life to. I could have made more money as a bean counter and whether or not I chose this life or this life chose me is not the question. The fact remains that this is what I do and I make no excuses for it. Rather, I am very thankful that the direction of my life is what it is.

If you are capable of taking yourself and your “way” to a higher level then it will show in your actions and not in your braggadocio. And, no, I don’t recommend it as a life-style unless you are capable of having profound revelations that include throwing your guts up, interminable frustration, questioning your sanity, and being able to overcome, with intelligence and fortitude, the acceptance of perfection to the extent you can conceive of it.

If you are of the mind to do at least most of the above then go ahead and claim your “style” but first come to terms with your motivations. They must be of a higher ideal and not construed as a commercial endeavor. Understand that when you take this responsibility many people will not understand what you are trying to accomplish. As well, your own visions will begin to change your intellect and perceptions of everything.

Comment from a Reader in Los Angeles
Comment – …the reading of your version of The Book of Five Rings reminded me of what a tremendous responsibility we have knowing that the art through us can cripple and kill the enemy. Because of my realization, an enemy will sense danger when he is near my circle because he will “smell” the tremendous respect I have for you. If he disgraces your house through me, then you are actually bringing the roof down on his head through me. Very strange the power and respect from student to master. Can literally walk through him like wet toilet paper now…and smiling at the same time while “correcting” him if I am required too.

Response – This is truly the warrior’s way and never forget my responsibility to you as well. If only others who claim to be “masters” understood this reality. Thank you. Now, go practice.

© Hanshi Stephen Kaufman 2012
This article may ONLY be freely posted with all acknowledgment and consideration of the author.