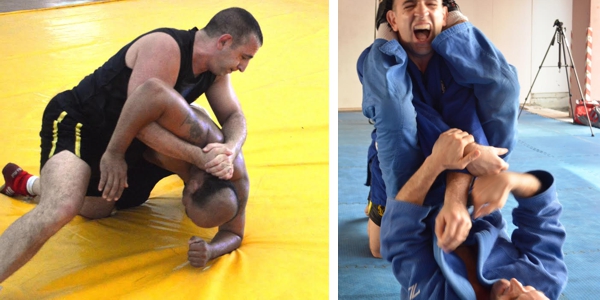 “Judo is a source of national pride in Japan, where the martial art originated.” (Cheng, 2012) But as larger, stronger foreigners, often with a wrestling background, entered the sport, the Japanese world-domination of Judo was challenged. Over the last fifty years judo has seen many rule changes which remove the advantage from western trained wrestlers.

The predecessor of modern Judo is Japanese Jujitsu, which was founded in the mid 16th Century, but flourished from the 17th to the early 19th century. (Hays) From 1882 through 1887, the founder of modern Judo, Dr. Jigoro Kano analyzed various forms of jujitsu, absorbing some of the techniques, while rejecting others. “Getting rid of all dangerous, killing or maiming jujutsu waza, Kano forced opponents to grapple with one another. Thus, he restricted violence.” (Intjudo.eu) Dr. Kano eliminated many of the brutal joint-lock submission techniques and concentrated on the science of skillfully throwing an opponent on his back. The art he developed would become known as Kodokan Judo. (Worldjudoday.com)

Through Kano’s efforts, Judo became a school sport in the national physical education program in Japan. From its humble beginnings, the popularity of judo spread across Japan and to the rest of the world. The first All-Japan Championship was held in 1930. (Umjudo.com) In 1964, Judo became an official event in the Tokyo Olympics. (Worldjudoday.com)

Everything went well for the Japanese and their world-domination of judo until 1961, when Dutch judoka, Anton Geesink won the world championships. (Umjudo.com) Standing 6 ft 6 in (1.98 m) tall and weighing 270 pounds (120 kilograms), by any measure of the word, Geesink was a giant. Dr. Kano originally envisioned judo as an art where size and strength wouldn’t matter. Geesink’s win challenged that notion.
Jigoro Kano was himself small and physically weak. (Judo-ch.jp) Therefore, he wanted to invent a martial art system where a small man could beat a big man. “He decided to learn more about the art which enabled the weak to overcome the strong.” (Intjudo.eu)

To prove the efficacy of his art, Kano and many of his students travelled to Europe and the US giving demonstrations and fighting in exhibitions against wrestlers. Mitsuyo Maeda, Count Coma, for example, travelled to Brazil, fighting all-comers. “And that he went around the world proving his art to be superior to every other, at that time.” (Gbarrasm.com) The Japanese judoka were often much smaller than their western opponents, but this was in keeping with Kano’s principal that a small man, trained in judo, could beat a big man, who wasn’t. For this reason, judo competitions were originally held without weight divisions. The All-Japan Championship “continues to this day as Kano envisioned it, without weight, age or rank restrictions, producing still the strongest Judo competitors in Japan.” (Umjudo.com)

Geesink’s win caused a tremendous ripple in Japan. “This was a big shock for Japanese Judo.” (Umjudo.com) And specifically because of Geesink, “the International Judo Federation quickly agreed to recognize weight divisions in future world championships.” (Umjudo.com)

Further weight class restrictions were instituted. “At the 1988 Seoul Olympic Games, the “open” division was dropped from the program.” (Umjudo.com) The open weight competition was arguably the embodiment of Jigoro Kano’s ideals that a small man could beat a big man, and that judo stressed technique over strength. “However, as historian Donn F. Draeger had pointed out as early as 1961, in circumstances where technical skills were extremely well-developed, and competitors likewise had substantial training and competition experience, strength and weight would play a role, in the Judo world.” (Umjudo.com)

Geesink would not be the last westerner to influence rule changes in the sport of judo. After Geesink, next came the Russian wrestlers.

The first major judo competition between The Soviet Union and Japan occurred in 1963, in Kyoto, where Russia’s Boris Mishchenko defeated well-known Japanese judoka Isao Okano “as soon as the match begins, the Russian grabs the jacket of the Japanese, drops on his back and does a perfect arm bar juji-katame. Okano taps. The whole match lasts less than 20 seconds.” (Law, 2009, p. 94) The arm bar was unknown in Japanese judo prior to this match. (Law, 2009, p. 95)

The Russians became a powerful force in judo, even winning three gold medals in the London 2012 Olympics. (Kamalakaran)

Much of the Russians’ success in judo is closely tied to the development of Russian sambo, a grappling style developed for the Russian Special Forces in the early 1920s. One of sambo’s founders, Vasili Oshchepkov, was the first foreign black belt under judo founder, Dr. Jigoro Kano. As a result of Oshchepkov,’s judo experience, “Sambo has roots in Japanese Judo, international styles of wrestling, plus traditional folk styles of wrestling such as: Armenian Kokh, Georgian Chidaoba, Romanian Trîntǎ, Tatar Köräş, Uzbek Kurash, Mongolian Khapsagay and Azerbaijani Gulesh.” (Self.gutenberg.org)

Because of political difficulties between Russia and Japan, and as they were on opposing sides during WW II, the word “judo” was removed from the Russian sports lexicon and replaced with the term “sambo”. In 1938, sambo “was recognized as the national wrestling style in the Soviet Union.” (Lafon) When the Soviet Union found out that judo was slated for the 1964 Olympics, they began training their wrestlers to win gold medals. “The teaching they had did not focus on spiritual education but on sports results. They viewed judo as just another sport.” (Lafon)

In 1962, Soviet sambo champions, Anzor Kibrozashvili and Anzor Kiknadze, won the European Judo championships. In the 1964 Tokyo Olympics, the Soviets won four bronze medals. The Soviet, and later Russian, judo wins came from lessons learned through years of wrestling. “The experience of sambo or the expertise gained through years of national wrestling has made Soviet judo different and so powerful.” (Lafon) At the 1972 Munich Olympics, 22 year-old Shota Chochoshvili defeated two time world champion Fumio Sasahara, to take the gold medal. At the 1976, Montreal Olympics, Soviet judokas Vladimir Nevzorov and Sergei Novikov won the gold. “Soviet judo shook the judo world. It took some time for Japanese and Western traditionally-taught fighters to adapt to unorthodox techniques, strictly inspired from sambo.” (Lafon)

The Russian judo wins resulted in rule changes which eliminated many wrestling-based techniques. Single and double-leg takedowns, as well as fireman’s carry throws from wrestling were outlawed. “Concerned about wrestling-style moves infiltrating their sport, world judo officials outlawed wrestling-like tackles in 2009. Judoko that do any moves that involve grabbing the legs will immediately be disqualified.” (Hays)

Many observers felt these changes were as much to eliminate wrestling techniques as they were to hamper the Russian athletes. “The new judo rules include changes that emphasize the sport’s standing techniques and outlaw direct attacks on the opponent’s legs, often used in countries with a strong wrestling background like Russia, which won the most gold medals in London.” (Cheng, 2013)

The 2014 World Judo championships, held in Chelyabinsk, Russia, were conducted under the new rules, banning wrestling techniques. As a result, the Russians finished “without a single gold medal, but with three silver medals and six bronzes.” (Ellingworth) Many believe that these new rules prevented the Russians from winning. “One possible reason could be recent rule changes that have aimed to return judo to a more traditional Japanese style.”(Ellingworth)

Some international judoka maintain that the judo federation banned wrestling techniques in order for the Japanese to dominate the sport once again. Many purists, however, claim the changes were made to bring the art back to its origins and eliminate contamination from other sports, especially wrestling and sambo. (Hays) “The International Judo Federation says the rules were changed to make judo more dynamic, not to help Japan win more medals.” (Cheng, 2013)

Whatever the reason for judo’s changes, whether to preserve the art or to give an edge to the Japanese, wrestlers are now at a greater disadvantage in judo than ever before. ”You used to see people pick someone up midair, grab their legs and the next thing you know, someone’s on the ground,” (Cheng, 2013)

Finally, the rule changes are the legacy of the influence that westerners, particularly wrestlers have had on judo.

The Foundation of Kodokan Judo and It’s Development