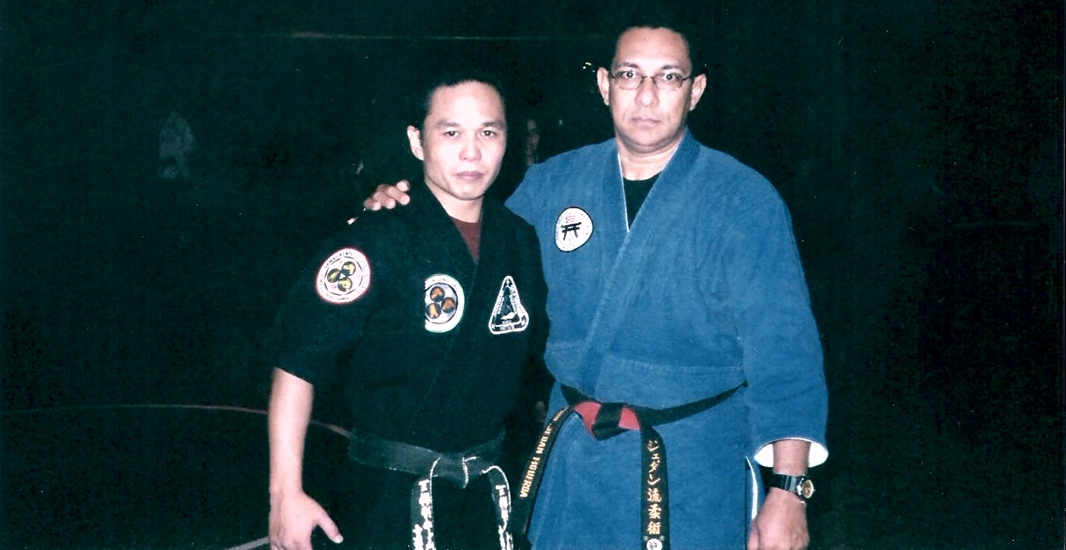 Not only is Jaime Abregana Jr. a martial artist, but he has been hailed as an Ambassador to many as he has touched so many people in so many ways. Jaime Abregana Jr. is very much his own man, a man who continues to shake his head at how far he’s come and how blessed he is. Expectations for Jaime ran high from the start as he is named after his father, Jaime Abregana Sr. Jaime, Jr. is also known by his nick name, “Jama”, “the initials of my parents”, Jaime Abregana and Mary Abregana.

Jaime’s career broadened on one of his trips to Mazatlan, Mexico. There he taught a martial arts seminar and later met with Juan Hernandez, movie actor and coordinator to discuss and plan for their future film “Showdown”, written by Jaime. While in Mexico, Jaime’s kindness and humor was embraced by the people of Mexico. While in Mexico, he met with many of Mexico’s celebrities and business associates. As he traveled he took the time to meet and talk with everyone. While working trailers for their upcoming movie, Jaime Abregana Jr., was asked to do two commercials and a music video with one of Mexico’s well-known female performers ” LA Factoria”.

For those of you who do not know Jaime, he grew up in Hawaii. Although his nationality is Hawaiian, his ethnic background is diverse, Filipino, Basque, Spanish, Puerto Rican, Japanese, Irish and Moroccan. “I am blessed,” says Jaime, “as I was raised in Hawaii with its international culture. In Hawaii its all about family, culture, respect and love for everyone. Although some of us have to leave the islands, you can never remove the Aloha Spirit that is in us.

In spite of his growing fame in Mexico, Jaime Abregana Jr. remained relatively unknown in the entertainment industry. His good friend, Steve Dowd of Nevada changed that by telling Jaime of a friend of his who was producing a movie “Transformed” (Paramount Pictures). The film needed more martial arts actors and Jaime received a call to fly to California to film in the movie. He ended up becoming one of the main characters in the movie. At that time, Jaime met up with Mario Prado of Steven-Gilbert-Morris. They made a connection and Jaime and Mario began working on the film “A Warrior’s Heart” which will film in Hawaii in 2005. Besides Jaime’s upcoming movie “Showdown”, which is to be filmed in Mexico early next year, he is also working on other projects which he’ll announce in the future. One of those projects will be on the history of Martial Arts in Hawaii.

In 2003, Jaime Abregana was given the opportunity to be a part of several film projects. He has worked with Ken Moreno (the One, Collateral Damage.) He worked with others, Steve Dowd, Mario Prado, Cary Tagawa, TJ Storm, Alan Chan, Juan Hernandez, Stephanie Cheeva, Suzanna Stefankovicova, Robert Chapin, Jackie Chan, Jet Li, Andy Garcia, Dusan Hyska, Ramon Gomez and Julio Reicios who by giving their input have steered Jaime into taking on new projects. Currently under development is “The Gateway” Martial Arts in Hawaii. This is an A & E Documentary produced by Jaime Abregana Jr. It is about the martial arts and its history in Hawaii. Jaime also met with Andy Garcia to discuss the upcoming movie “Amapola” which they will film in Mexico. 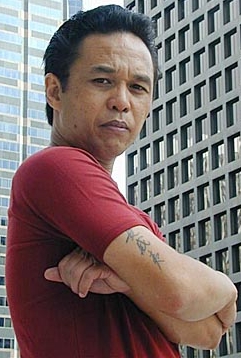 Jaime did mention that he is forming Jama Entertainment with a few of his comrades; Mario Prado of Steven-Gilbert-Morris in Hollywood, California; Alan Chan, a visual effects Technical Director at Sony Pictures Imageworks in Culver City, California; Greg John, a very talented award winning writer for the theatre; Steve Dowd of Nevada, martial artist, web designer and actor both in U.S. and foreign films. Steve also played music with the likes of Jim Hendrix and Carlos Santana in the early years; and Juan Hernandez, who crewed in several well-known films. As a company, Jama Entertainment will be involved in the film industry as well as music publication, music entertainment and modeling. Jaime believes that every individual is unique and that it is in working together that we all reach our maximum potential.

After receiving his Black Belt, he enlisted in the United States Army. He earned a Bachelor Degree in Accounting.

Professor Abregana also studied the Filipino martial arts of Karaan (Escrima, Kali) under the tutorship of Grandmaster Ralph Sisneros. In 1995 and 1996, Professor Abregana won two (2) World Kali Traditional (full-contact) tournaments Mindinao, Philippines.
After the death of his father in 1994, Professor Abregana became the successor to the Ewa Kenpo Karate Club, which he later named the Abregana Self Defense Institute.

In the 1990’s Professor Abregana expand his knowledge into the Chinese martial arts of Bak Mei and Haak Ga under the tutorship of Professor Randy Choy of the Chinese Athletic Martial Arts Academy in Honolulu, Hawaii.

Professor Abregana has received numerous awards from Hawaiian politicians for his accomplishments in the martial arts. In 1999, he received the Commendation Award of Grandmastership from the Philippines Consulate General-Hawaii and the Council of Elders from Mindinao, Philippines for his accomplishments in the Filipino martial arts of Karaan. He currently is a member of the Council of Elders.

To contact Jaime Abergana, Jr. and Hawaii Martial Arts International Society visit their listing on the Martial Arts Schools and Businesses Directory by clicking on the image on the left.