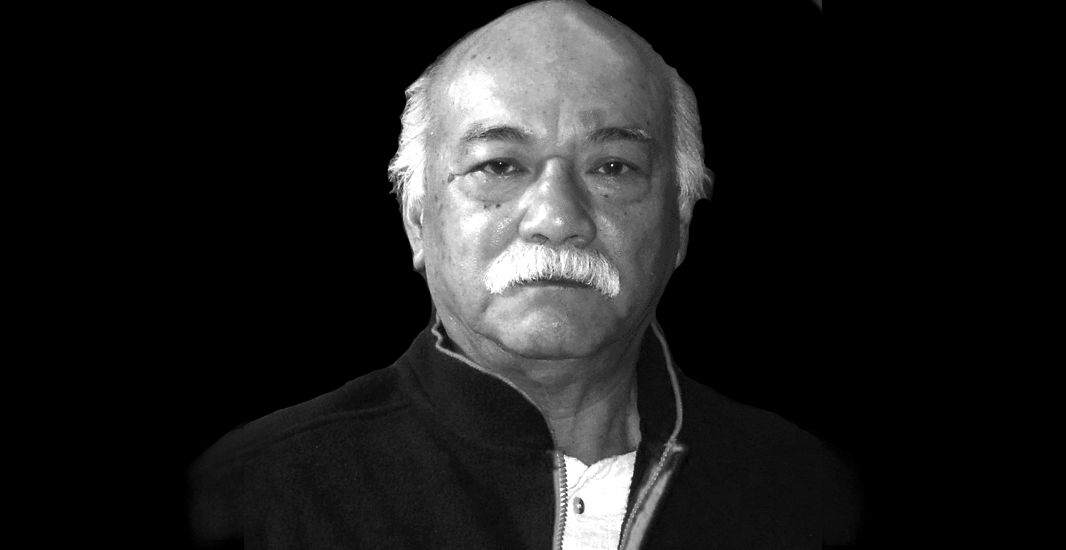 Kenpo Karate Grand Master, James Ibrao, tells his own story about his involvement in the creation and the development of Ed Parker Sr’s Kenpo Karate.

I was born November 3, 1937 in the state of Hawaii in a city called Waialua. In Waialua, every element of our lives was based around a sugar plantation which meant that everyone worked with one another, knew one another and respected one another. For seventeen years I had the advantage of having an extended family of nearly three thousand people. I believe that this element has given me an incredibly strong base and advantage in dealing with people because I came from such a strong foundation of respect for so many people.
In addition, the positive development of the person came from the positive development of the entire group and so, common goals and traditional values were of the utmost importance. For instance, the development of the ego came from the the development of the ego of the entire community not just any one individual. Perhaps this is why I have been able to exceed and excel in the learning and much more importantly, the teaching of the martial arts to so many people. I have always judged myself by the number of people I have been able to assist and not on my own “personal achievements”.

During this time I became very active in athletics and I was able to make my mark in every sport I played. Strangely enough, out of all the sports I tried, basketball was my favorite. In fact, many of you may find this difficult to believe, but at 5″foot 9″ I was able to slam dunk!

Introduction to Kenpo
At seventeen I had the tremendous opportunity to go to school in Boise, Idaho. I found the climate to be too cold for me and I decided to return to Los Angeles. From there, I tried my luck at Brigham Young University, but again I found the climate was not to my liking. I returned once again to Los Angeles where my life would change forever. After being so active in sports, I found I needed a release. A friend of mine, Bob Sarno, had an acquaintance named Ed Parker who was involved in the teaching of a new martial arts called Kenpo Karate. On the island, martial arts instructors had to be registered to teach and the only art I had been able to study was a little judo. You can imagine my excitement at being exposed to the power, quickness, and innovative moves of Ed Parker who was literally a giant. It was more than just his stature, he had an aura of power and what many would call fearlessness. The very next day, I joined Mr. Ed Parker and his four students, on their journey into the experience called Kenpo Karate. I”m not sure whether it was natural ability or pure desire to learn, but I never found the “intensive workouts” to be too difficult. I was always trying to see and figure out what the next move would be. I always looked for the next logical step in the beautiful and deadly art taught by this dynamic and charismatic individual. Within weeks, I noticed that my already athletic build was beginning to grow and change. Almost instantly, I gained weight and watched as my muscle structure began to change. I developed power and strength in my legs, arms and back and was amazed at how my shoulders widened. Of all this, perhaps the most important change came in my level of confidence. The power I felt was tremendous. There was nothing that I couldn’t do. All this came from my complete and total immersion into this new art. I lived, ate and slept Kenpo Karate. The year was 1956.

Hard Hitting Kenpo
Now for all of you out there who have illusions about some magical climb to Black Belt; let me explain a few things. When I started, there were only three belts, White, Brown and Black. It is true that I was the first man to achieve Black Belt under Ed Parker and it is true that I achieved this goal in only nine months. However, these things were not as important as the fact that not only was I determined to achieve these goals, I was driven to see that belt knotted around my waist. Back then, study was much more intensive and the judging of any artist was on the basics; ability, quality, coordination, speed and power of your techniques. In those days the only way to test your abilities was to really hit! While not very practical and in retrospect not very prudent, it did develop something in us that our current counterparts will never know.

The Kenpo Forms
That is in no way a slight to any martial artist, I am simply trying to translate the feeling of intensity derived from literally being involved in the creation and the development of such an awesome form of self defense. You must remember that we created the forms that many of you do today. In fact, many of you have been doing these forms incorrectly. Can you imagine the number of nuances and movements that have been lost over the last forty plus years? In addition, along with the loss of many of the elements of the katas; much of the original essence of the forms, the power; the raw power has been diluted and reduced. A perfect example of this is the Book Set which was believed to have been lost. This form was taught to me by Grand master James Wing Woo himself, and I in turn was charged with teaching it to the other students and instructors. Unfortunately, Grand master Woo was only able to teach half of the move to Ed before our days of training together came to an end. Thanks to the efforts of Al and Will Tracy, for the first time in over forty years, many of you will be able to finally see and learn this kata in its entirety. More importantly, you will be able to learn this form correctly. You will be exposed to a true kata that has literally been saved for each and every one of you!

Grand Master James Wing Woo
Grand master James Wing Woo came into the picture in 1960 when Ed Parker and I went on a road trip to San Francisco to visit a few of the Chinese Martial Arts Schools. Ed immediately recognized Master Woo’s talent and invited him down to Los Angeles to document his knowledge in books and to incorporate some of the characteristics of the Chinese systems into Parker”s Kenpo.

Kenpo and Beyond
By 1962, I had been exposed to every aspect of Kenpo Karate. I had developed many of the Forms and Kata which would come to set the tone of the art for years to come. I also developed some of the most powerful and deadly techniques the system has ever known. Another of my innovations were the High Kicks, Double Kicks, Triple kicks, Spinning Kicks, Back kicks and many specialty kicks that have long been forgotten. I mentioned earlier that I was an avid slam dunker in basketball, this was a direct result of the power I developed in the martial arts. It”s funny now, but in 1961 I was invited to scrimmage against the world famous Harlem Globetrotters. After the scrimmage, I was asked to try out for the team. It was no surprise that I made the team. I do not say this to be conceited, it is only meant as a way to convey to you the level of confidence and ability that had been developed through the arts. I toured with the Globetrotters for two years, until 1964 and then returned to Los Angeles. I did not return to my studies with Ed Parker. I had made up my mind that I would begin to unlock the mysteries of the Chinese Martial Arts. Ed and I did not part enemies and over the years we continued to speak and remain on good terms contrary to what many people believe.

I never left my Kenpo roots, in fact, I believe that the Kenpo has been vital and essential to my development and longevity in the arts.

There is much more to my story and I am currently documenting hundreds of special moments and events that I am sure will be of interest to you all. I plan to publish a series of books and articles which will chronicle my experiences over the last forty years. I look forward to meeting you all and I wish you only the best in your endeavor to become the greatest martial artist you can be.

Jun lee - March 22, 2014
We use cookies to ensure that we give you the best experience on our website. If you continue to use this site we will assume that you are happy with it.OkRead more