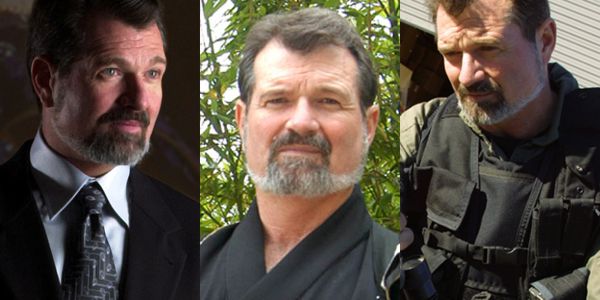 James Williams is the President of Bugei Trading Company, Inc. He has been studying martial arts since 1960 and teaching since 1975. James has trained, competed in, and taught a number of different martial disciplines: Japanese, Okinawan, Chinese, Filippino, as well as the Brazilian system of Jujitsu as taught by Rorion and Royce Gracie. His experience includes western wrestling, which he also coached, as well as competing in boxing and kickboxing. His love of samurai martial traditions came with his study of the Yanagi ryu of the Yoshida han under Don Angier Sensei and the martial traditions of the Kuroda han as taught by Kuroda Tetsuzan Sensei. James also studied Daito ryu Roppokai with Okamoto Seigo sensei. 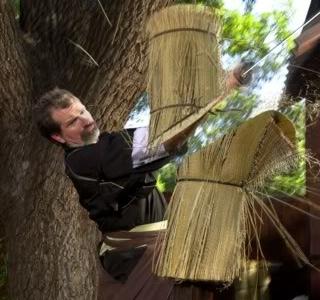 James Williams also teaches Close Quarters Combat to police and military both foreign and domestic. The method used, “The System of Strategy,” is based on those skills developed and cultivated by ancient warriors. He is the designer of the “Hissatsu,” a close quarter battle knife that is produced by Columbia River Knife and Tool. James is certified as an instructor of Systema, an Ancient Russian Martial Art taught by Mikhail Ryabko and Vladimir Vasiliev. James Williams sensei teaches Nami Ryu Aiki Heiho, (kenjutsu, iaijutsu, tanto jutsu and aikijujutsu) and The System in Encinitas California.

“James Williams of Bugei Trading Company fame, treated the Blade Show attendees to a rare show of skill with the Japanese sword. We were all quite impressed by Mr. Williams’ poise and presentation as he used both one and two handed cutting techniques to sever 4 inch and 5 inch bundles of Tatami (rice straw) mats. In particular, we enjoyed seeing Mr. James Williams make multiple cuts in rapid secession and even sever falling mats in mid air. But perhaps the greatest exhibition of skill was the finale where Mr. James Williams demonstrated how a highly killed swordsman could suddenly drop low to the ground to avoid an opponent’s blow while simultaneously drawing and cutting with his own blade. 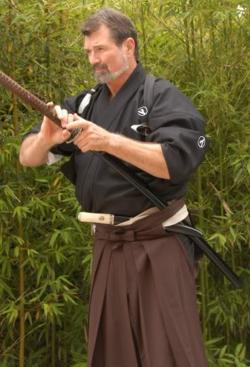 Most impressive! While Bugei Trading is a fierce competitor of ours in the sword business, we never want to become so mean spirited that we can’t recognize real skill and ability when we see it. We congratulate Mr. James Williams on the fantastic demonstration we were privileged to watch and encourage all of our readers who love swords not to miss it next year!”
Lynn Thompson, Cold Steel Knives

To learn more about James Williams and his System of Strategy, visit his school listing on the Martial Arts Schools & Businesses Directory or FindADojo.com by clicking on the image on the left.