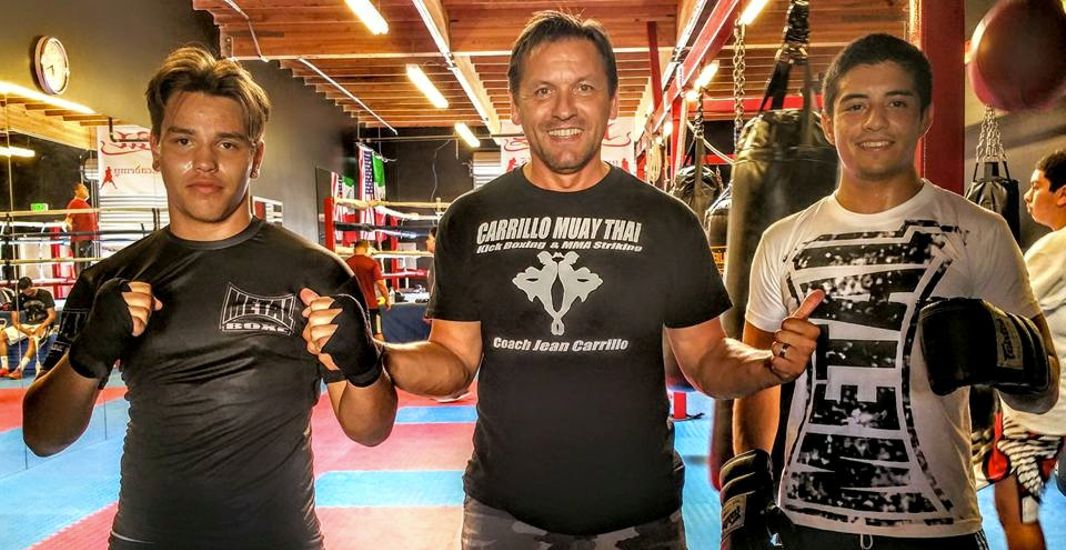 Jean Carrillo is one of the few that people who have trained and worked with Ramon Dekker and Cor Hemmer in the late 1990’s. He is one of the rare french fighters that fought for Benny the Jet Urquidez in the early 1990’s. Jean also trained with Dr Yodtong Senenan in Pattaya during the golden age.

Jean Carrillo has trained world champions like Razor Rob Mc Cullough, Niko Read, Philippe Baudron, Hugo Kancel and others. He coaches fighters from all over the world, including Thailand, Japan, France, Netherlands, USA, Canada, and Africa and for many fight organizations including UFC, WEC, K-1 and King of the Cage.

Jean Carrillo was in the Marine Corps Special Forces in France. He serve as a Security Forces in Africa in 1987 with the French Foreign Legion.

To contact Jean Carrillo and Carrillo Muay Thai & Kick Boxing visit their listing on the Martial Arts Schools and Businesses Directory by clicking on the image on the left.

USAdojo - June 5, 2017
We use cookies to ensure that we give you the best experience on our website. If you continue to use this site we will assume that you are happy with it.OkRead more