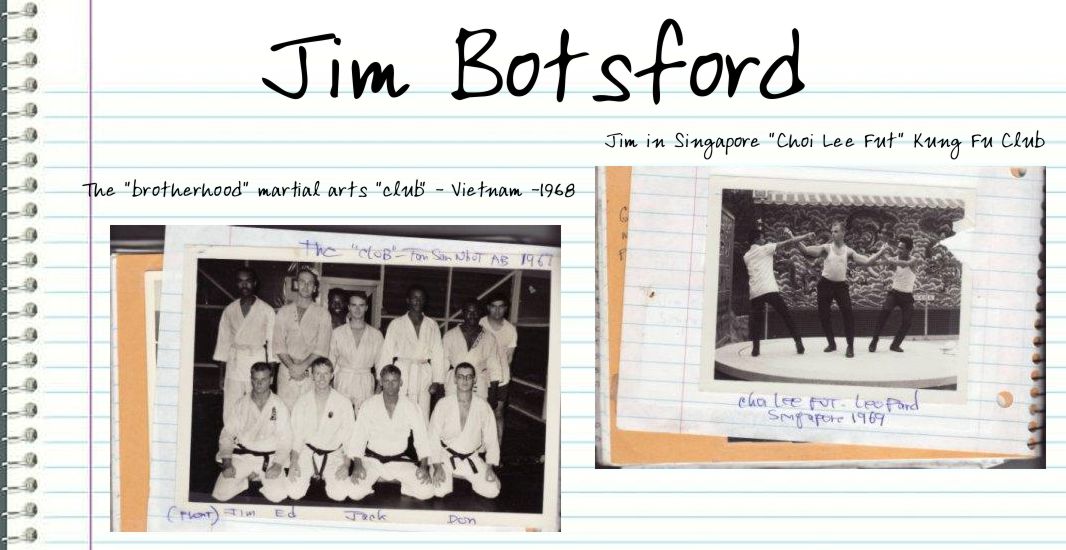 Jim Botsford was born in Renovo, Pennsylvania on October 27, 1944. He is a retired US Air Force Chief Master Sergeant (Sergeant Major), with a background in military intelligence. He also worked for the US Postal Service in San Antonio. A total of 47 years combined service.

During Jim’s tenure with the Strategic Air Command, Jim was a member of SAC’s marathon team, completing thirty 26.2 mile races, and finished eighth overall at the Pike’s Peak marathon.

Jim Botsford is an ardent proponent of diet and exercise, steeped in Martial Arts Tradition. Jim spent 15 years in Asia, beginning in Okinawa in 1963. His passion is Okinawan Goju Ryu Karate, which he studied in the Jinbukan dojo under Katsuyoshi Kanei.

Jim’s experience is both broad and deep, with Martial Arts experiences ranging from Singapore, Vietnam, Philippines, Hong Kong, Japan and Okinawa, and in systems, from Choi Li Fut Kung Fu, Vu Vietnam, Tai Chi, Tai Kwon Do, and many more.

With his kohai, Ed Sumner, Jim served as the Base Karate instructor at Tan Son Nhut Airbase in Vietnam from 1967 to 1969.

Jim Botsford maintains a wide circle of friends, many of whom are Martial Arts practitioners. Jim notes that he “deeply values and cherishes all of them,” and most humbly desires to serve in any manner possible.