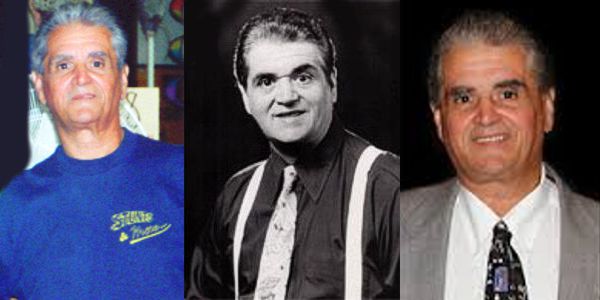 Hanshi Joe Bonacci was born on October 17, 1947 and he passed away on September 6, 2009. He began his martial arts training in the year 1965, and what began as a way of learning to defend himself better, soon became the essence of his life; a life he shared unselfishly with all his students. Shortly after starting his martial arts training, Hanshi Joe Bonacci was drafted into the US Army were he would serve his country in Vietnam. In 1968 Hanshi Joe Bonacci began his tour with the ninth infantry recondo unit, spending a great deal of time in the Mekong Delta. It was during this time that Hanshi Bonacci found himself relying on his martial arts training quite frequently to stay alive. During his tour, Hanshi Joe Bonacci received the Bronze Star, as well as the Cross of Gallantry for bravery under fire making; him a highly decorated veteran upon his discharge. During his overseas military training Mr. Joe Bonacci studied Isshinryu karate, and received his Dan grade from the founder of Isshinryu karate, Tatsuo Shimabuku. Grandmaster Shimabuku was contracted by the military to train their personnel. Small in stature, Shimabuku was probable best know for his incredible weapons abilities, and ability to drive a spiked nail into a wooden plank with a bare handed strike! (This brings to mind the mentality of many training sessions in the cool damp basement of the Officer’s Survival Training Institute, also founded by Mr. Joe Bonacci) Shortly after receiving his Shodan from grandmaster Shimabuku, Mr. Bonacci was re-stationed and he sought out many instructors to try and fill the void of one so outstanding in the martial arts. His searching led him to Masatoshi Nakayama- Sensei, who at the time was a chief instructor under Gichin Funakoshi- Sensei, the founder of the Shotokan system. Sensei Nakayama accepted Mr. Joe Bonacci with his current rank of shodan and began to train him the ways of the Shotokan style. Mr. Bonacci did receive his shodan from Sensei Nakayama in the Shotokan system and is one of only a few to receive rank directly under Nakayama Sensei.

Some of the highlights that Hanshi Bonacci achieved in the martial arts between combat tours was the prestigious title of 1969 “All Okinawan Karate Champion, and the 1970 “All Japanese Karate Champion.” Both were quite a feat for an American to accomplish! In late 1970 Mr. Bonacci was relocated to a base in Hawaii. During this time he had the pleasure of attending one of his favorite highlights in his martial art journeys by attending a demonstration seminar given by Gogen Yamagughi -Goju ryu. On his return to the mainland Hanshi Joe Bonacci pursued a career as a Youngstown, Ohio Police officer.

Throughout his twenty two years of service he became a certified tactics instructor in three states, a national and international public speaker on crime prevention, produced numerous training manuals such as the acclaimed “How to Survive During High Risk Situations;” he co-developed the “Somebody Cares” program designed to teach basic awareness principles of strange awareness to children, and was the first to teach martial arts law enforcement tactics in Astonia, Russia with long time friend Soke- Joseph Hess. With a career, a family, and a dojo, Hanshi Joe Bonacci was still able to capture numerous Karate championships, and a total of eight “Police Olympic” gold medals in karate.

In 1977 Hanshi Joe Bonacci opened his first official dojo in Youngstown, Ohio. With the assistance of his good friend and student Shihan Max Ciscell, they formed the American Institute of Martial Arts logo, and developed the first student training manual. Over the years, much has evolved but the heart of the American Institute of Martial Arts is still the same. Shortly after, Hanshi Bonacci opened the(OSTI) “Officer’s Survival Training Institute,” and eventually was appointed as director for the (PSDI) “Police Self Defense Institute” under Hanshi George Anderson. Both organizations strived to provide advanced tactics training for police officers around the globe. Through his determination Hanshi Joe Bonacci’s reputation as a fierce competitor and outstanding instructor grew throughout the eastern United States, and his student enrollment began to grow. Hanshi Bonacci developed some of the toughest martial art athletes in the United States and their reputation at tournaments was well respected. Some of these individuals now own and operate their own dojo, and are still strong members of the A.I.M.A. family.

When I began training with Hasnhi Joe Bonacci in 1983, I remember how he was always off to some other place to teach seminars, organize martial arts events, or just spend time with some f his prominent martial arts friends. Personally I was thrilled to know that my instructor was so sought after, but I also wanted to know that when I was at the dojo he would be there teaching me. I remember how Mr. Joe Bonacci would always bring in guest instructors and insist that we attend their lessons assuring us that it would help us become a better martial artist. At the time this was very hard for me to imagine because in my opinion I already had the best instructor around. I could have never been more correct about having the best around, because in Mr. Joe Bonacci’s own wisdom he realized that other instructors had a great deal to offer and he had no problems with others teaching his students what they understood. Because of this attitude, one that was very hard to find at the time I might add, today I still enjoy the benefits of a well rounded martial arts education, and have made many good friends because of it. It is my humble opinion that this type of foresight is the mark of a truly great instructor. It was in 1986 that the martial arts world recognized the same about this giving person and inducted him into the World’s most elite martial arts hall of fame, “The Karate Hall of Fame.” In Mr. Joe Bonacci’s own words, “I have been inducted into numerous martial arts hall of fame’s, but the Karate Hall of fame is dearest to me because it is a real facility were people can visit, and more importantly I am in there with my good friend and brother Joseph Hess.”

Since 1965 until present, Hanshi Joe Bonacci has accomplished what would take most a lifetime. He is recognized nationally and internationally as a grandmaster instructor. He has served as contributing member to the infamous U.S.K.A. (United States Karate Association), as well as the U.S.A.K.F. (United States of America Karate Federation), the W.U.K.O. (World Union Karate Organization), the I.F.O.J.J. (International Federation of Ju-Jitsuans), the I.M.A.A. (International Martial Arts Association), the F.U.M.A. (Federation of United Martial Artists – crusade against crime), the P.S.D.I. (Police Self Defense Institute),the F.S.K.A. (Funakoshi Shotokan Karate Association), the P.K.C. (Professional Karate Commission), and the A.A.U. (Amateur Athletic Union).

Hanshi Joe Bonacci is currently regional manager for St. Moritz Securities, instructor for the Karate International Action Film Workshops, a founding member of the International Brotherhood of Martial Artists with Shihan Albenze, and active founder/advisor to the American Institute of Martial Arts International. Mr. Joe Bonacci has also starred in18 feature films as an actor, stuntman, and weapons controller. He has worked with John Cusack, Danny Aeillo, Patrick Swayze, and many others. With so many outstanding accomplishments and victories his greatest battle to date was in 1994 when Mr. Bonacci underwent two liver transplant surgeries and literally had to fight for his very life against an enemy that went all the way back to his tour in Vietnam. While operating reconnaissance patrol Mr. Bonacci was subjected to multiple exposures in the jungles to a chemical agent used to clear the vegetation called Agent Orange, now a known carcinogen. It was this chemical that secretly attacked his liver, and almost took his life. I remember vividly traveling up to Ohio in1993 to meet with Mr. Joe Bonacci prior to his departure for Oklahoma where he would have to lay in a hospital bed and await a donor transplant to survive.

When I met Hanshi Joe Bonacci that night it was around 37 degrees below zero, a very cold night for Ohio, even by native standards. I believe that we were the only people crazy enough to go out that night. At the time, Mr. Joe Bonacci was very sick, but it was he, who wanted to meet at the dojo for an evening of training with a few of his closest students…his martial arts family. It was this evening that Mr. Joe Bonacci also promoted me to Nidan. I will never forget the edification of that evening as I spoke with Hanshi after the training session ended. In his time of tribulation, he spoke to me of spiritual strength in my life, friendships, and family. In essence he displayed what I believe to be an indomitable spirit, and shared a lesson most valuable that I will cherish the rest of my life. It was a true miracle how the outcome of his surgeries came about, but I will leave that testimony to him, as for me I thank God for his healing. Today Hanshi Joe Bonacci still does what he loves best, raising his family, playing with the grandchildren, and sharing his passion in the martial arts with others. He is truly a Grandmaster, he is my Sensei, but most importantly we are family!