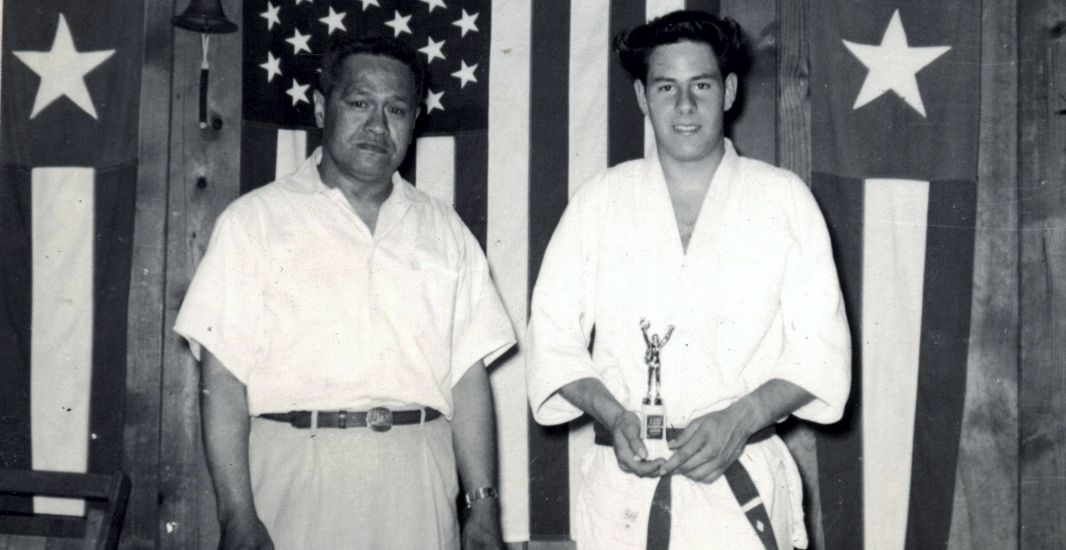 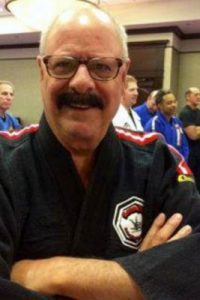 Professor Joe Souza has over 50 years of experience in the martial arts. He began his martial arts studies in 1957 under the late Prof. John Cahill, who was a direct descendant of Professor Henry S. Okazaki. In 1959 Professor Wally Jay introduced the Cahill Judo Academy to Olympic style judo competition and the school became members of the Hoka Yudansha-Kai or Northern California Judo Association. Professor Souza competed as an aggressive competitor in Northern California for 12 years.

Before his passing, Professor John Cahill asked his first Black Belt Professor Bill Montero to take his senior students and complete the Danzan Ryu system by holding an Okugi. At this request several of Professor John Cahill Black Belts traveled to Professor Bill Montero’s dojo in San Jose every Saturday for 3 months learning Shinyo, Shin Gin and Seifukujutsu along with Kapo and Katsu. Joe Souza was one of those who attended the 1963 Okugi along with Professor Willy Cahill, Fred Cahill, Francis Cahill, Mike Warren, Meg Warren, Clearance “Blackie” Hin. Although there were no certificates presented there indeed was a 1963 Okugi.

After Professor Cahill’s death in 1962, Joe Souza had assisted Professor Willy Cahill with the opening of Cahill’s Judo Academy in 1963 and received his Shodan from the Kodokan in 1964.

Professor Joe Souza became the senior instructor at Cahill’s Judo Academy until he relocated to the central valley. Prof. Souza opened his first dojo in 1964 at the Highland recreation Center in Sam Mateo California. In 1965 he began teaching classes for the Pacifica Recreation Department at Oceana and Terra Nova High Schools. The recreation department was not able to support the judo program as promised, so Professor Souza, along with two of his Black Belts, Jim Powers and John Antenesia, opened Coastside Judo and Jujitsu in Pacifica California where he taught for the next 12 years.

To continue his martial arts training, Professor Souza began studying Ed Parkers Kenpo Karate from Vinton Koklich. Joe received his Black Belt from Professor Koklick in 1997. The addition of Kenpo Karate to his Judo and Jujitsu completed the circle of three disciplines and he incorporated them into what he calls Kensujitsu. The Ken represents Kenpo Karate; the Ju represents Judo and Jujitsu and the Su represents Souza the founder. The foundation of Kensujitsu includes Danzan Ryu Jujitsu with a Small Circle Jujitsu influence. Kensujitsu brings the full understanding of balance from Judo, the high pain compliance, joint manipulation and transitional flow from Jujitsu along with the principles and concepts of American Kenpo Karate to deliver maximum power and efficient use of energy.

Professor Joe Souza was inducted into the Jujitsu America Hall of Fame in 1999, instructor of the year in 2001 and served as first VP on the board of Jujitsu America, a member of the standards board as well as the Council of Professors. Professor Souza is co-founder and Sr. Grand Master for the Professional Martial Arts Alliance (P.M.A.A.).

Professor Cahill produced a series of videos on the Danzan Ryu system in which Professor Souza participated as a demonstrator as well as an advisor. These videos have been dedicated to Professor Okasaki, Professor John Cahill, and Professor Sig Kufferath.

For more information about Joe Souza visit his listing on the Martial Arts Schools and Businesses Directory by clicking on the image on the left.