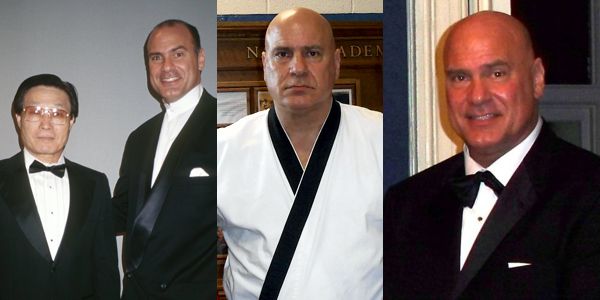 John Critzos, II was the last martial arts champion produced by Grand Master Kim Ki Whang, and was known for his close relationship to GM Kim. John was the son GM Kim never had. It was John Critzos who gave the eulogy at Grand Master Kim’s funeral at the request of the Grand Master’s wife and daughter. Today, the Grand Master’s uniform, training sticks and belt hang in John Critzos’ private dojo, perpetually guarded by two authentic 19th century Samurai coats of armor and a Samurai sword from the 1800’s. 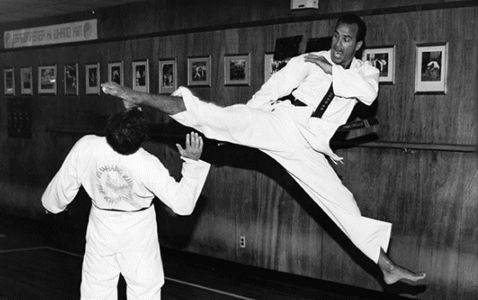 Altough John Critzos was a heavyweight, he was known for his flashy leg techniques, truculence, flexibility, and speed. Few, if any, were able to match his technical ability. 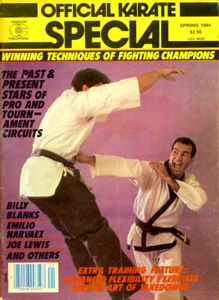 John Critzos has been inducted into Henry Cho’s All American Open Hall of Fame, The United States Naval Academy Karate-do Hall of Fame, the Keystone State Championships Hall of Fame, the Tae Kwon Do Hall of Fame (Outstanding Player & Outstanding Leadership) , and the Hellenic Hall of Fame, which is the largest ethnic hall of fame in the world. Currently Master John Critzos is the head instructor of the United States Naval Academy Karate-do Team, which he founded in 1992. He is the only student of the Grand Master that has chosen to progress in belt rank one degree at a time as opposed to jumping degrees in an effort to speed the enhancement of his standing and is a 7th degree black belt. His first 5 Black Belt Degrees were awarded by GM Kim, He was awarded a 6th degree by GM S. Henry Cho and a 7th degree by GM Sok Ho Kang. The 7th degree was awarded in April of 2009 at an examination that was held at the United States Naval Academy and is the highest rank to ever have been awarded at one of the Military Academies in the United States. This examination was attended by numerous dignitaries from around the country as well as the Commandant of Midshipmen. John Critzos has followed in his instructor’s footsteps in that he has produced numerous champions, still adheres to the traditional style of focused training and advances the philosophical perspective of the warrior not often seen any longer.

John Critzos is a practicing attorney at law and the head of his firm, with two offices in the Washington D.C. area. His practice concentrates on serious personal injury and auto accidents.