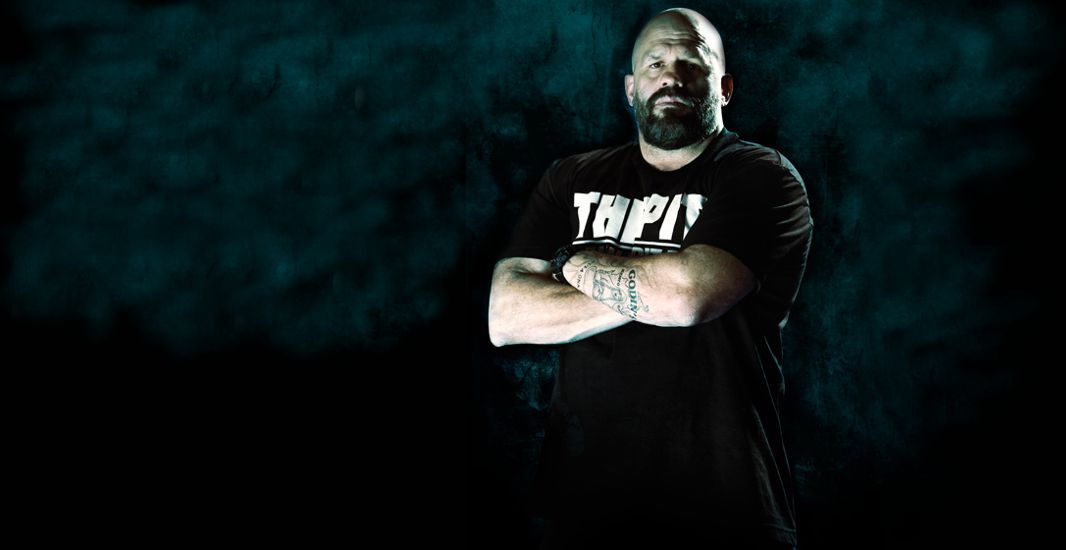 Grandmaster John Hackleman is the founder of Hawaiian Kempo, “The Pit” and KuZen is a 10th degree Black Belt. He has been studying martial arts for over 30 years, and holds two black belts. He also fought on the US Army boxing team, where he won numerous National titles. After turning professional, John fought the world’s best Boxer’s and kickboxers winning many State, National, and World titles, as well as fighting on television many times, and for Don King. He has 30 years of amateur and professional fighting experience.

John was rated as the #1 Kickboxer in the world in the 1980’s. He has also worked as a bouncer and a bodyguard. John has trained 1000’s of people into the best shape of their lives, as well as taught, and trained many of the world’s best kick-boxers, and No Holds Barred fighters. John is sought out by professional martial artists from all over the world to learn Hawaiian Kempo.

John “The Train” Hackleman has been teaching Karate for over 20 years. John has become the W.K.A. North American Champion, Pacific Heavy Weight Champion, and is ranked #5 in the world. John has a 58-6 record with 42 KOs, including nine Nationally Televised bouts.

As well as fighting for Don King, John has fought and trained all over the world. He has had 20 pro boxing matches and has worked with the world’s best, such as Benny “The Jet” Urquidez, Pete “SugarFoot” Cunningham, Joe Lewis, Stan “The Man” Longinious, Kenny Hodge, G.C Smith, Al Mims, Vinny Curto, and Andy Ganigan to name a few. John was known for his conditioning and vicious punches and kicks. He retired with two championship belts. John has fought on some of the world’s best organizations like the “All Army” boxing team, The Muhammad Ali boxing team, Cecil People’s Karate, The Jet Center’s Kickboxing team.

The Pit was started in 1986 in Woodland Hills California. Stating, “I started The Pit because I wanted people to learn a no nonsense martial art and conditioning program. Some of the world’s best fighters have trained at “The Pit”. Never let lack of money come between you and Kempo. All I ask is that you give Kempo and The Pit the respect and loyalty it gives you. Confidence, loyalty, and humility are what I expect from all Pit Monsters”.

John now operates “The Pit” out of Arroyo Grande, California teaches beginners and advanced Martial artists. He stresses mental and physical conditioning, power, and discipline. His classes are upbeat and fun, yet very tough. He combines his 25 years of Karate/Kickboxing experience to teach a blend of simple, yet effective fighting and training techniques

USAdojo - September 18, 2008
We use cookies to ensure that we give you the best experience on our website. If you continue to use this site we will assume that you are happy with it.OkRead more