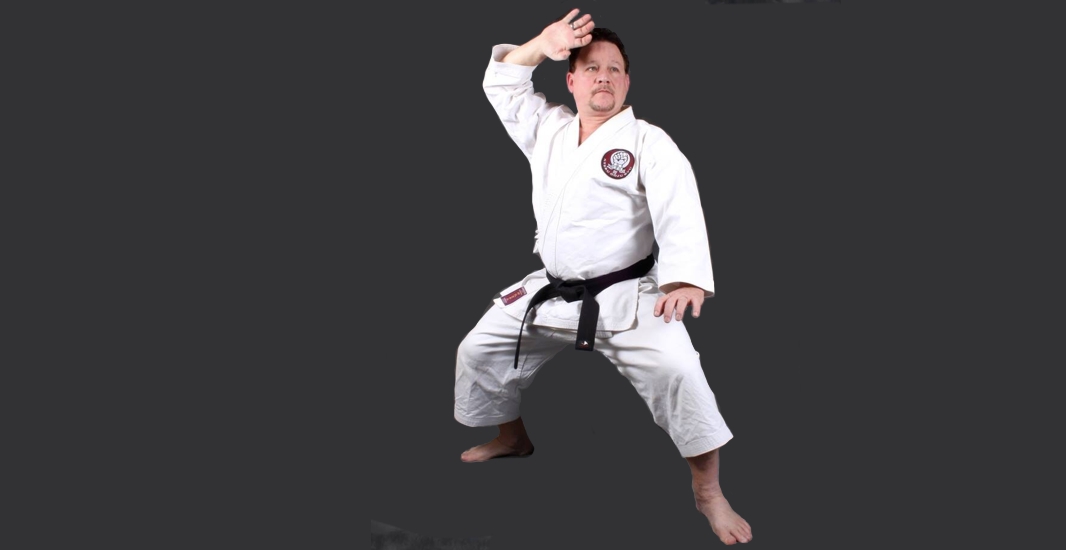 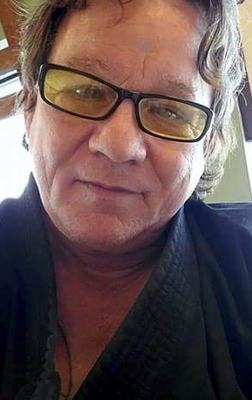 Master Kevin Cullen was born in Ohio in 1955 and he has spent the last 45 years of his life dedicated to the intense study and proliferation of Japanese/Okinawan/Chinese Goju Ryu. As a student of Kinesiology, Physiology and the physics that tie them to motion, Cullen has developed an unusually keen ability to foresee the final result of techniques and their applications from any angle and in real time. When you combine the scientific break down of Goju with a solid work ethic (As a white belt, Cullen took each technique learned during practice and performed each waza 500 times before retiring to bed each night) you end up with truths not ever taught in class but instead revealed through practice.

When you practice traditional Goju with TRUE JU in mind, it is applied in a way that resembles the description of the JU character originally penned by Miyagi – that meaning to block like the wind.. bend like the willow. Master Cullen has been a champion and pioneer of this reintroduction of the Chinese Hand applications of Goju techniques. Many have already forgotten that KARA – the OPEN HAND character of modern Karate, was the replacement set for the original KARA character which reads “Chinese Hand”. In fact, Miyagi is quoted as saying this statement in an essay written by him in 1942, he starts the paper with this qoute, ” I don’t know when it was changed, but “karate” is now written with letters as “Empty Hand” instead of “Chinese Hand”. Anyway, I am happy to know that nowadays Karatedo is popular all over Japan as a unique Okinawa martial arts, and even it has been officially recognized by Dai Nippon Butoku Kai (Great Japan Fighting Arts and Moral Association) as one of Japanese fighting arts. However, without doubt, I am sure that the roots of Karatedo is in China .”

A MISCELLANEOUS ESSAY ON KARATE by Chojun Miyagi. Remarks: This short article first appeared in “Bunka Okinawa” Vol.3 No.6 dated August 15, 1942, and re-appeared as an appendix in the book “Chugoku” Okinawa Karate Kobudo no Genryu” written by Masahiro Nakamoto published on April 1, 1985 by Bunbukan

In 2002, Master Kevin Cullen was rewarded for his innovation and redefinition of traditional Goju by being awarded Hanshi teaching credentials along with a 10th Dan in Ateru Goju Ryu Karate Jutsu, His unique form of Goju Ryu called Ateru Goju Ryu Karate Jutsu, reclaims the China Hand name as well as re-infuses the Kung Fu attributes, that were for one reason or another extracted by both the Okinawans and the Japanese, back into Goju.

Taking a page from the original 5 hands, Kevin Cullen has taught seminars on his Goju version of the 5 hands systems (The true Shaolin Chuan Fa and Ba Gua soft aspects of Goju) around the world as well as provided one on one close combat session training for the US NAVY S.E.A.L. team members, ARMY RANGERs, CIA and FBI professionals. He is a multi Hall of Fame member and has been a featured contributor to international content providers like NAPMA. Master Cullen is a traditional karate techniques and standards consultant for the Caribbean Educational Ministry based in Port of Spain , Trinidad and serves on many international Sokeship councils and Martial Arts Associations’ board of directors. He is a yearly center ring judge for a multitude of martial arts disciplines at the Arnold Schwarzenegger Martial Arts Festival and is a regular featured instructor on the Martial Oceans International multi-discipline training cruises.

Kevin Cullen is also the chairman of Ateru Worldwide Association, a web based melting pot of martial thought and training. This association works to bring practitioners of all styles and walks of martial life together to discuss and discover the good that exists in all of us.

To contact Kevin Cullen and Ateru Worldwide Association visit their listing on the Martial Arts Schools and Businesses Directory by clicking on the image on the left.

To contact Kevin Cullen and Academy of Martial Arts Studies visit their listing on the Martial Arts Schools and Businesses Directory by clicking on the image on the left.