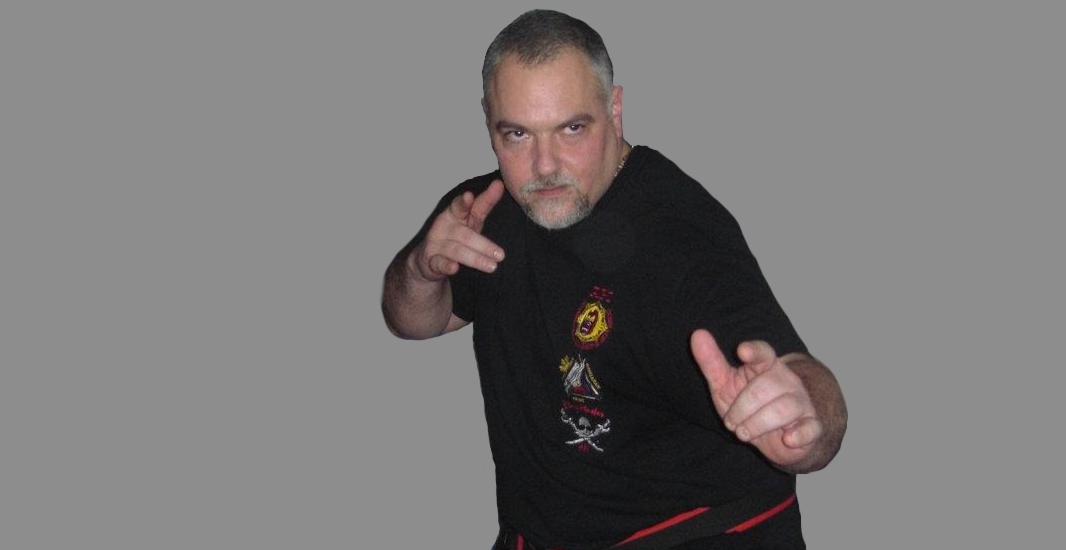 Guru Kurtis Goodwin started training in martial arts in 1976. While Christmas shopping he was the victim of a robbery at knife point. His father, a black belt in karate, decided that that night was the night to begin Kurtis’ training. Over the years Kurtis was exposed to many styles and studied many. He has dedicated most of his life to the study of martial arts.

He also represents Grandmaster Roberto Presas in the United States. In the system of Hinigaran Arnis De Mano, he is ranked 7th Dan Black Belt, a rank he earned in the Philippines.

He holds rank under all three of the Presas Brothers and has been training Arnis since 1981. In the late 80’s and early 90’s he was the Oregon State Representative of Natural Spirit International, a system created by Datu Kelly Worden.

He has been a student of Guru Chas Clements in the style of Kilap Betawi Kun Tao Silat until Guru Clements retirement and he is an ex member of the American Kun Tao Silat Association ran by Guru Steve Gartin.

Guro Kurtis Goodwin has had much training in Tibetan Temple Arts over the last 13 years under the direction of Tzun Tzun Hsue, specializing in Nine Headed Snakefist Kung Fu, Chi Kung and Iron Palm.