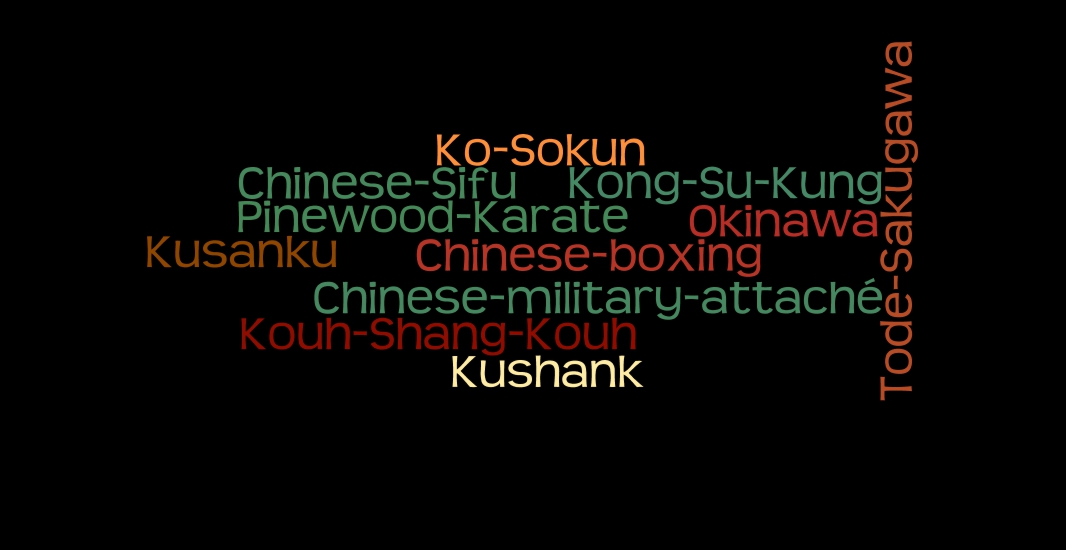 Chinese Sifu Kong Su Kung or Kusanku immigrated to Okinawa where he served as a Chinese military attaché. He is the earliest known ancestor of Pinewood Karate. He taught Chinese boxing (Kenpo) to “Tode” Sakugawa.

The first record of karate in Okinawa dates back to the end of the 18th century. It is recorded that in 1761 a Chinese known as Kusanku displayed Chinese boxing and grappling techniques to a delighted audience in Okinawa.

He is also known by his Chinese name Kong Su Kung. In some writings, Kusanku is also under various names including Kushanku, Kouh-Shang-Kouh and Ko Sokun.